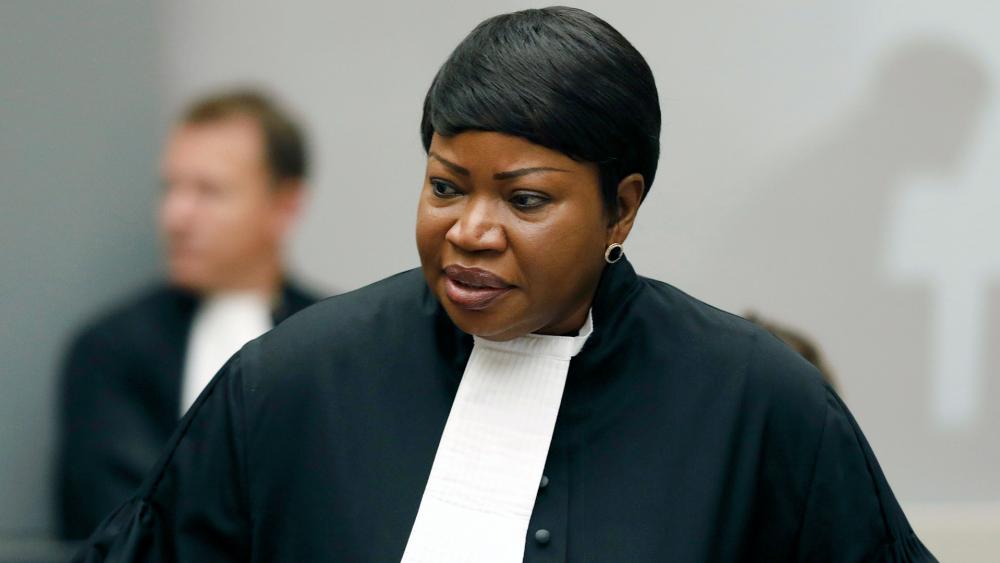 JERUSALEM, Israel – The International Criminal Court’s (ICC) Chief Prosecutor Fatou Bensouda on Thursday opened the door for a future war crimes investigation against Israel by arguing that Palestine is a state.

Establishing that Palestine is a state is critical to the ICC because that means the court can have jurisdiction over its territory.

Bensouda argues in a 60-page document that Palestine should be considered a state by the ICC, therefore giving The Hague criminal jurisdiction over “the West Bank, including East Jerusalem, and Gaza.”

Now, it is up to a three-judge pre-trial chamber to rule on the matter.

There is no deadline on their ruling but they are expected to issue a decision within 120 days. How the judges rule will determine if the ICC can charge Israel with war crimes allegedly committed against Palestinians.

Bensouda’s primary argument about Palestine’s status as a state is that in 2015, it was accepted into the ICC’s Assembly of State Parties without any significant objections.

Although Israel, the Netherlands, Germany, and England made public statements against Palestine’s acceptance into the assembly, Bensouda claimed this did not amount to a proper legal challenge before the ICC judges at the time, The Jerusalem Post reports.

Bensouda did admit that Canada filed a formal legal objection, but argued the objection used was technically incorrect.

Therefore, she claimed since there was no legitimate objection to Palestine in 2015, this counts as a form of legal acceptance and it is unclear if the ICC Pre-Trial Chamber has the authority to remove Palestine from the assembly if it has been participating for the last five years.

"As someone who has closely followed developments at the International Criminal Court in The Hague, I am forced to conclude that the Prosecutor’s latest position continues to espouse her typical anti-Israel stance, as influenced by the Organisation of Islamic Cooperation and the global BDS movement,” said Israeli Energy Minister Yuval Steinitz, who leads the government’s response to the ICC.

“The Prosecutor’s disregard for the opinions of some of the world’s leading experts on international law points to her determination to harm the State of Israel and tarnish its name. In the name of this objective she has reformulated the rules of international law, inventing a Palestinian state while the Israeli-Palestinian peace process has yet to be concluded,” Steinitz continued.

Israel has long argued that Palestine is not a state and the ICC does not have jurisdiction there.

“We trust that the facts of this issue will prevail and that the long-awaited investigation into war crimes committed in the territory of the State of Palestine will soon be launched,” the PLO executive committee said in a statement.

On December 20, Bensouda finished a five-year preliminary analysis of the “situation in Palestine,” and concluded there was “reasonable basis to believe that war crimes were committed” by Israel, Hamas, and other “Palestinian armed groups.”

She argued last year that the ICC has jurisdiction to investigate if war crimes have occurred, but requested a definitive ruling from the Pre-Trial Chamber.

Member states were also invited to weigh in on the issue. In February, seven countries, the “State of Palestine”, 33 international organizations and scholars submitted amicus curiae (friend of the court) documents detailing their views regarding if Palestine is a state that the ICC has jurisdiction over.

Not a single individual state, only the Palestinians, argued that the ICC should have legal jurisdiction over its territory. The Arab League and the Organization of Islamic Cooperation did, however, posit that Palestine is a state the ICC has jurisdiction over.

A representative from NGO Monitor, an Israeli watchdog group argued that Bensouda “ignores the overwhelming and decisive” amicus curiae documents “proving that the Court has no jurisdiction in this matter.”

“Instead, she relies on unsupported claims by pro-BDS and terror-linked NGOs and one-sided rhetoric from biased UN bodies, like the Human Rights Council,” said NGO Monitor Legal Advisor Anne Herzog.

The ICC judge will use the amicus curiae documents and Bensouda’s legal opinion to make a decision.