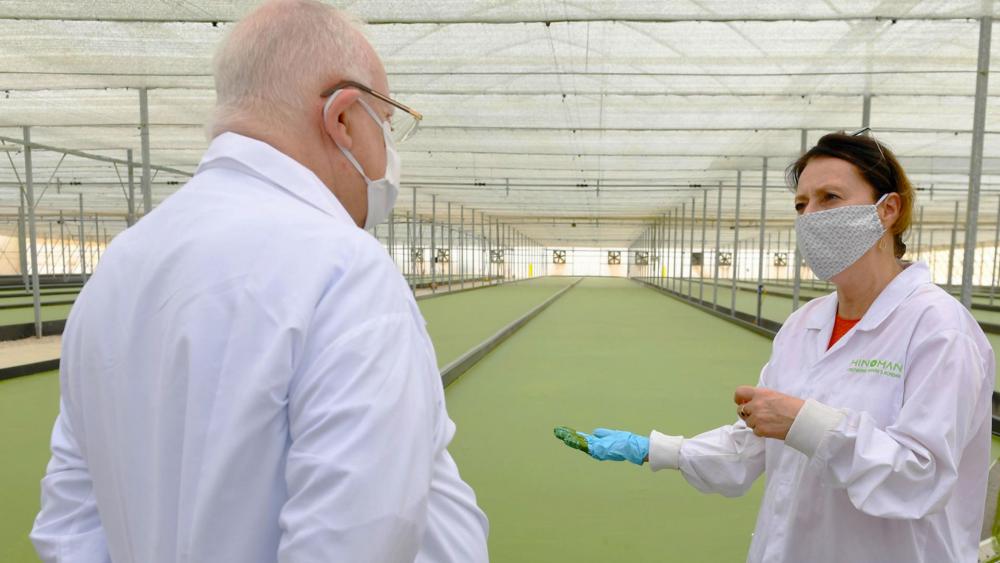 Like farmers in the US, Israeli farmers are also struggling to overcome the COVID-19 pandemic.

Israeli President Reuven Rivlin visited farmers around the Gaza Strip to encourage them this week. He began his tour in the sunflower fields of Kibbutz Ein HaShlosha – very close to the border with the Gaza Strip.

“Coronavirus has opened our eyes to things that were once taken for granted, and we simply forgot them. For example, the importance of the foundations of this country, one of which is agriculture,” Reuven told farmers from the Eshkol region around Gaza.

The farms there supply about 60 percent of the produce for the Israeli domestic market. That’s despite the fact that the area is under constant threat from terror tunnels, rocket attacks and most recently fire kites and balloons from terrorists in Gaza.

“I’m so happy to be here in the area around Gaza, or the area surrounding Israel, a place that we talk about only in security terms or a place to have a nicer apartment,” Rivlin said. 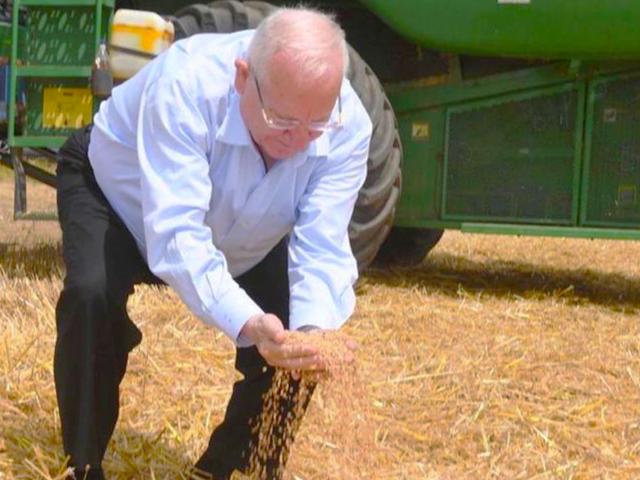 Rivlin visited the agrifood-tech company Hinoman where he was introduced to Mankai Duckweed. After eight years of research, the green leafy vegetable has been dubbed “the future of food.”

Mankai is grown in the largest greenhouse pools of their kind in the world, using a growing environment controlled by sensors, a computerized system and a secret fertilizer formula. It contains nutrients that are believed to boost the immune system – a major plus in this season of dealing with COVID-19.

“For the first time in history, we have the possibility, to continue eating what we consumers like but in a way that is healthier,” Hinoman CEO Ron Salpeter told Rivlin.

Rivlin wrapped up his tour at Kibbutz Sa’ad where he rode in a combine harvester and started the season’s wheat harvest.  Rivlin had a message for Israelis.

“Israel’s independence is the most important thing, and without agriculture, Israel has no independence. From here I ask you, Israeli citizens, buy blue and white (a reference to Israel’s colors not the political party). Buy Israeli produce. Buy the wonderful produce here.”