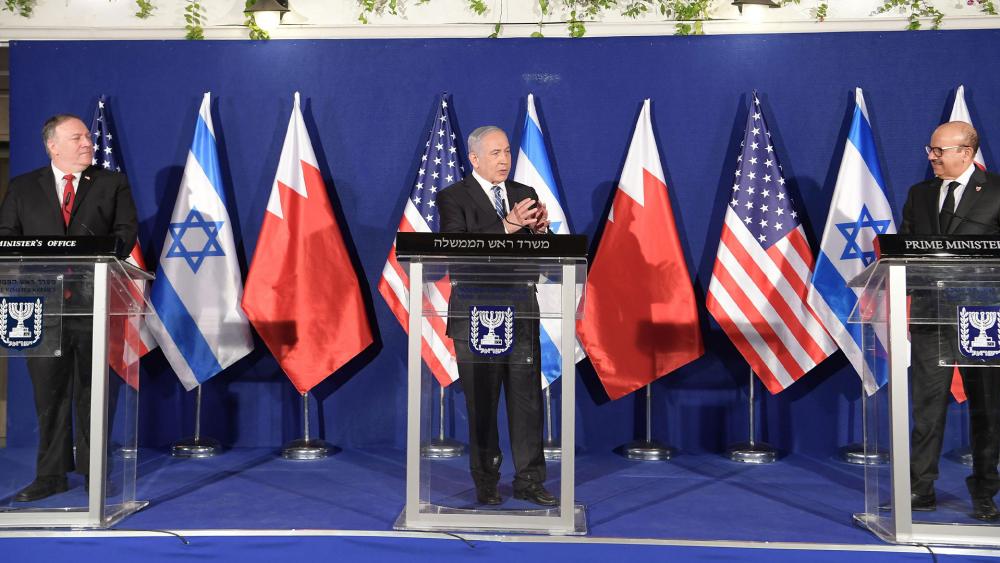 The visit signaled Israel’s blossoming ties with Bahrain after the Jewish State signed diplomatic deals with the United Arab Emirates and Bahrain earlier this year. Foreign Minister Abdullatif bin Rashid Al Zayani’s visit marks the first time a Bahraini minister has ever made an official visit to Israel.

“Today we're making history again. This is the first-ever official ministerial visit from the Kingdom of Bahrain to the state of Israel. It marks another important milestone on the road to peace between our two countries and peace in the region,” Netanyahu said Wednesday at a news conference with Al Zayani and Pompeo.

Al Zayani applauded the emerging relations between his country and Israel, while also calling on Israeli and Palestinian leaders to return to the negotiating table.

“To this end, I continue to emphasize in all my meetings that in order to achieve and consolidate such a peace, the Palestinian-Israeli conflict needs to be resolved. I, therefore, call for both parties to get around the negotiating table, to achieve a viable two-state solution, as is also sought by the international community,” the Bahraini minister said.

Pompeo praised Israel’s recent peace deals with Bahrain, the UAE, and Sudan as opportunities to isolate Iran in the Middle East.

"These agreements also tell malign actors like the Islamic Republic of Iran that their influence in the region is waning and that they are ever more isolated in this, and shall forever be until they change their direction,” said Pompeo.