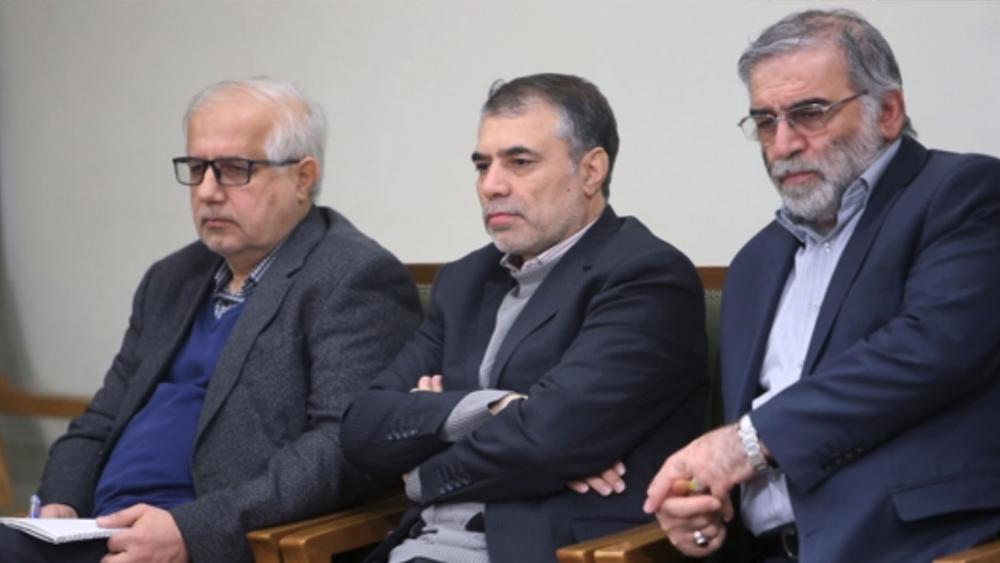 JERUSALEM, Israel – Iran is blaming Israel and is vowing revenge after the assassination of its chief nuclear scientist. The killing increases tension in the Middle East and puts some in Washington on edge.

Shamkhani’s remarks indicating that the scientist had been killed remotely differs from the initial account of Fakhrizadeh’s death. On Friday, an Iranian journalist citing national officials said the ambush began with a car bomb, and then a 12-member squad opened fire on the car carrying the nuclear scientist and his bodyguards.

Later, Iran’s English-language Press TV reported that a weapon bearing “the logo and specifications of the Israeli military industry” had been recovered from the scene of the attack. State TV’s Arabic-language channel, Al-Alam, also claimed that the weapons used in the attack were “controlled by satellite.”

An opinion piece published in Kayhan, a hardline Iranian newspaper, suggested Iran should attack the Israeli port city of Haifa to inflict “heavy human casualties.” Haifa has been threatened in the past by Iran and its proxy Hezbollah.

Meanwhile, Israeli security officials are concerned Iran could retaliate by attacking Israeli tourists in the United Arab Emirates, Israel's Channel 12 News reported. The report said Israeli officials are working with their Emirati counterparts to ensure the protection of Israelis there.

The IDF Chief of Staff Lt. General Aviv Kohavi visited Israel's northern border and said, “Our message is clear: We will continue to act as vigorously as necessary against the Iranian entrenchment in Syria, and we will remain fully prepared against any manifestation of aggression against us."

Fakhrizadeh has been on Israel's radar for some time. He is said to have spearheaded Project Amad - Iran's efforts to obtain a nuclear weapon. Iran has publicly denied it seeks to develop a nuclear weapon.

“Today, in 2018, this work is carried out by SPND, that's an organization inside Iran's defense ministry," Netanyahu said at the time. "And you will not be surprised to hear that SPND is led by the same person that led Project Amad, Fakhrizadeh, and also, not coincidentally, many of SPND's key personnel worked under Fakhrizadeh on Project Amad."

Amos Yadlin, former chief of Israel's military intelligence, told reporters Sunday that Iran has twin tracks towards a nuclear bomb – the public side where they enrich uranium under watch by the UN, and a secret military program headed by Fakhrizadeh.

“The damage to the covert, weaponization program is huge," he explained. “No doubt that he was the core source of authority, knowledge and organization of this program.”

"They could use their proxies. Hezbollah, the Houthis in Yemen or their Shia militia in Syria or Iraq. Or they can go to an extreme step which is launching from Iran. They have done it vis a vis the Saudis in September 2019 against Saudi oil fields. So all of the possibilities are open and I have no doubt in my heart that as we speak they are now considering it in the right forms in Tehran," said Yadlin.

“This was a criminal act [and] highly reckless. It risks lethal retaliation [and] a new round of regional conflict. Iranian leaders would be wise to wait for the return of responsible American leadership on the global stage [and] to resist the urge to respond against perceived culprits," said Brennan.

For now, the region is waiting and watching for any response and if it puts the Middle East on the brink of war.