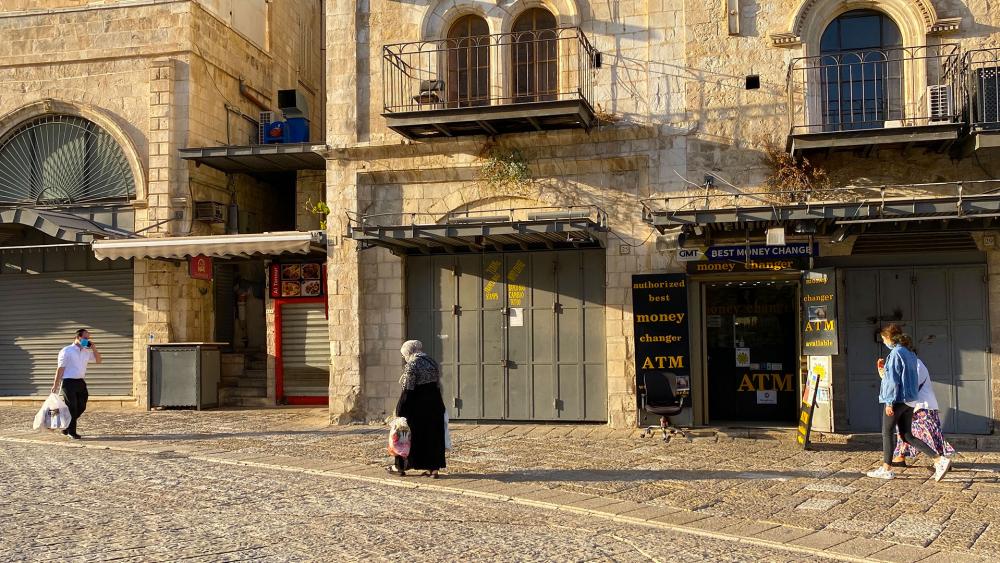 JERUSALEM, Israel - After a four-week intense lockdown, Israel began lifting restrictions as new coronavirus cases dropped substantially, but the country is not out of the woods yet.

Israeli Prime Minister Benjamin Netanyahu said the exit from this lockdown will be different from the first.

“This time, we are leaving the lockdown carefully and responsibly, exactly according to the plan proposed to us by the experts and by the Ministry of Health, including regarding the red cities,” he said.

The government lifted restrictions on movement, some businesses reopened, and daycare and pre-school for children up to age six resumed. Restaurants are once again allowed to expand from just delivery to offering take-out.

“I'm feeling great because I have my coffee in my hand, and I can go out of my house, and I can train here people that I train on zoom all the time and now I can do it face to face, it's great,” said personal trainer Zehava Shooa.

At Jerusalem’s Western Wall, Jews are now allowed to pray in sections of up to 20 worshippers.

However, not everyone is celebrating. Those in high infection areas – also known as “red cities” – are still under lockdown.

"In the red cities, we will keep the shutdown until they too reduce their morbidity data and these cities turn green. I call on the ultra-Orthodox public to follow the guidelines,” said Netanyahu.

The red cities are communities where the ultra-Orthodox Haredim live. While they make up only 12 percent of the Israeli population, their infection rate has been as much as four times higher.

“The first thing to know is that Haredi life is very much based on the community – on community events of coming together at the synagogue multiple times a week – as much as three times a day, many community events, large weddings, large families, large family events,” explained Rabbi Eliezer Eisikovits, an expert on Israel’s Haredi, ultra-Orthodox communities.

“All of these contribute to a very high level of social interaction…now the code word for this time is social distance…almost the opposite of how the normal Haredi lifestyle looks like,” he added.

During the recent holiday season, with its high emphasis on prayer, police closed dozens of synagogues not abiding by the health ministry regulations. In some cases, residents turned violent – throwing rocks and rioting against the police.

Rabbi Eisikovits told CBN News while many Haredi communities try to keep the rules, “extreme and insulated groups” who have a “traditional attitude of suspicion and hostility to all the organizations of the State of Israel” don’t.

“It didn’t start with the COVID-19,” he explained. “They really try to have nothing to do with the state. So naturally when the government comes, giving out instructions about what to do and what not to do, these extreme groups just ignore whatever the instructions and they do whatever they feel like doing and that’s something they do at any time.”

Restrictions in those areas remain in effect until midnight Wednesday.

Meanwhile, Israel’s tourism minister told the annual Christian Media Summit that Israel is taking advantage of this downtime for renovations to be better prepared for Christian pilgrims when they return.

"We are here, and we are waiting for the day the skies open and flights to the holy land resume. Israel's ties with the Christian world are unbreakable – not even by a pandemic or an economic crisis,” said Minister of Tourism Orit Farkash-Hacohen. “We feel confident that once international travel resumes, we will be able to welcome millions of Christians travelers again.”

There are currently about 31,000 active virus cases in Israel - a country of 9 million. More than 2,200 people have died.