Israel’s Geopolitical Challenges in the Deadly Conflict Between Armenia, Azerbaijan 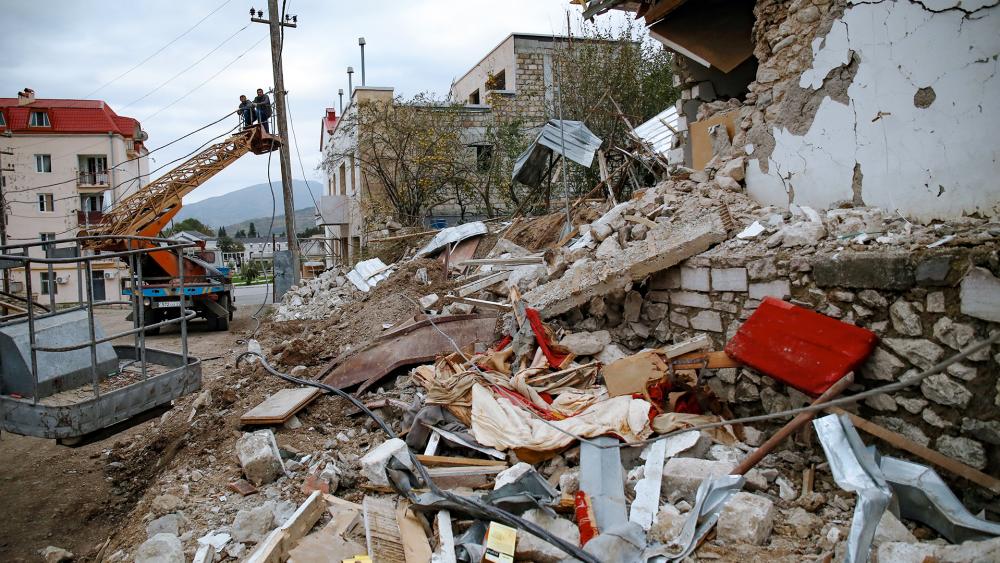 Workers repair communication lines near a house during destroyed by shelling, in Stepanakert, the separatist region of Nagorno-Karabakh, Saturday, Oct. 10, 2020. (AP Photo)
6204114913001 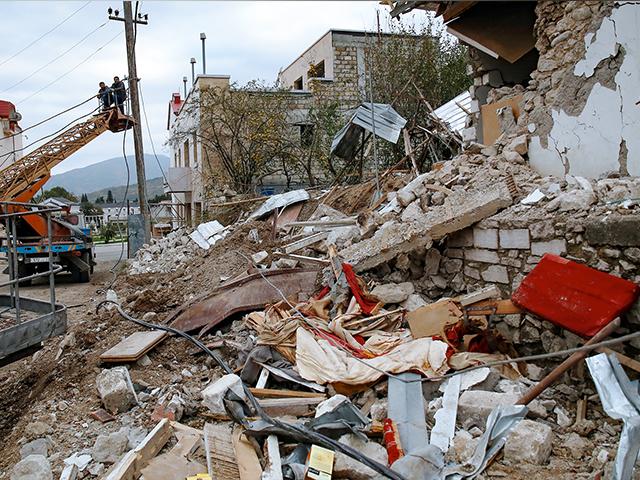 Israel’s Geopolitical Challenges in the Deadly Conflict Between Armenia, Azerbaijan
6204164127001 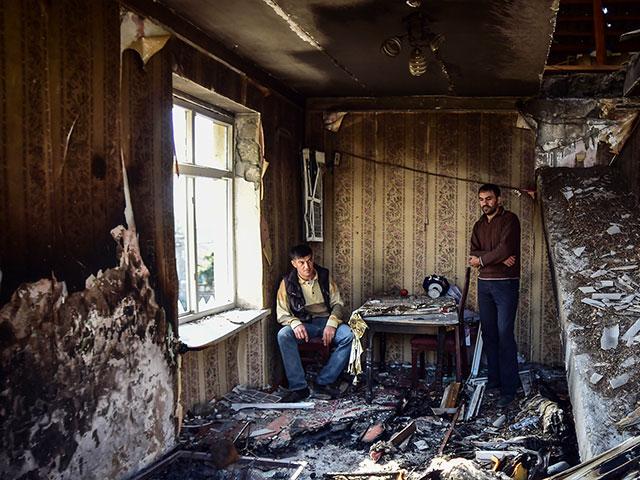 JERUSALEM, Israel - On Friday, US Secretary of State Mike Pompeo is scheduled to meet with the ambassadors of Armenia and Azerbaijan. Pompeo hopes he can bring an end to the war between the two countries that began in late September. The war involves many nations in the region, including Israel.

The decades-old conflict re-ignited over a region called Nagorno-Karabakh. Azerbaijan claims the area although most living there are Armenian.

The disputed area sits between the two countries. When the Soviet Union fell in 1991, this self-governed region of Azerbaijan voted to join Armenia.

The conflict pits often friendly powerhouses against each other. Turkey supports Azerbaijan while both Russia and Iran side with Armenia.

Israel also plays a role. Over the decades, it and Azerbaijan have developed close ties. For Israel, it’s both geopolitical and economic.

“Azerbaijan is a very important country for Israel because it supplies much of Israel’s oil,” Efraim Inbar of the Jerusalem Institute for Strategy and Security told CBN News. “It is a country that also has a Jewish community that they are treating very well and it is a Muslim country and we are very much interested in having good relations with Muslim countries. And finally, it borders Iran, and obviously we are interested in looking into Iran.”

Ironically, the alliance with Azerbaijan also puts Israel on the same side as its adversary Turkey. Turkey has been accused of sending jihadist fighters from Syria to fight for Azerbaijan against Syria.

“You know, many people will tell you out of the 57 nation member states of the Organization of Islamic Cooperation, Azerbaijan is probably the closest friend of Israel,” said Suleymanov. “We have a strong Jewish community – [a] 2600-year-old community.”

The relationship includes Israel selling advanced military equipment to Azerbaijan. When the war broke out, Armenia’s ambassador to Israel protested the arms sales to Azerbaijan and left the country.

“The amount of weapons that we are selling to Azerbaijan is very large,” Inbar explained. “President Aliyev of Azerbaijan a few years [ago] said the sum of the sales, of Israeli sales to Azerbaijan is $5 billion, which is, of course, a hefty sum for Israel and it is a useful export market for the Israeli military industry.”

This reportedly includes sophisticated drones that can be a game-changer on the battlefield.

“We buy on the open market, including from Israel. And we’re very grateful to our friends and partners in Israel for being a great partner to us,” said Suleymanov. “Now remember, precision weapons are good in terms of minimizing civilian casualties. They’re targeting only, and only military targets. Azerbaijan has repeatedly said, we have no intention [of] harming civilians. Our goal is to fight with the military, not with civilians.”

Armenia says civilian areas have been shelled, forcing many residents to spend the conflict in shelters. Inbar calls the war tragic and hopes to see it end.

But after two failed ceasefires, the fighting rages on with no end in sight. 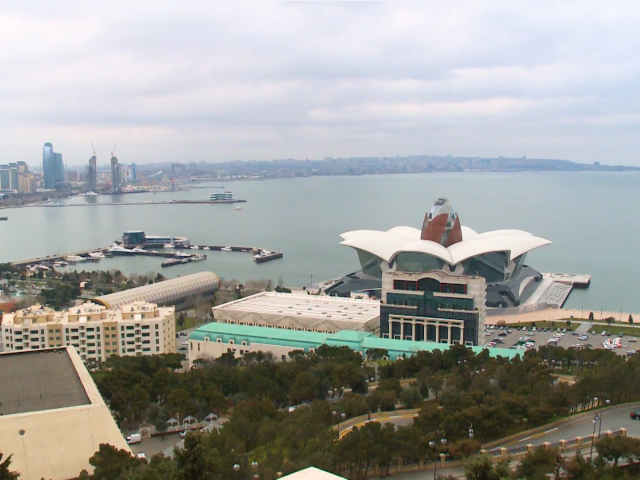 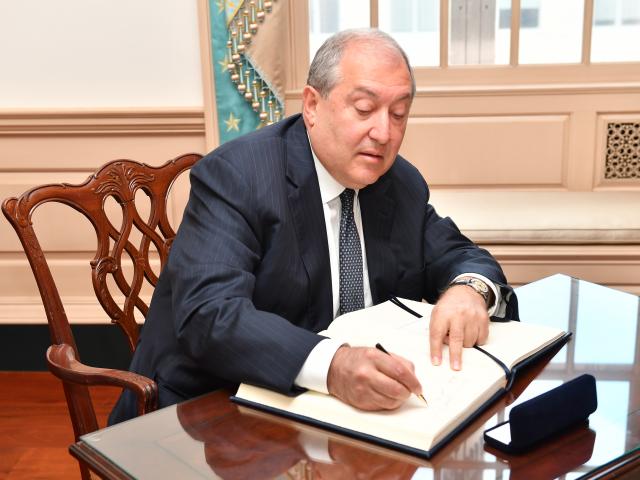 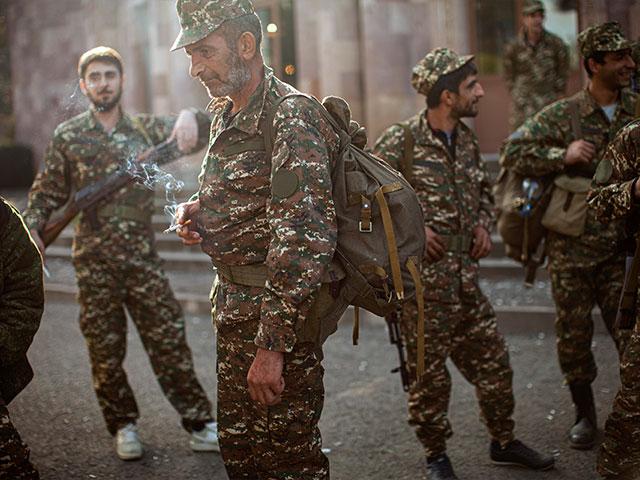 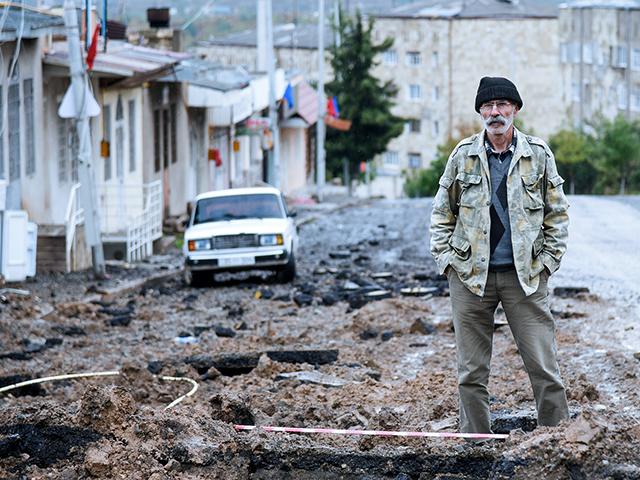