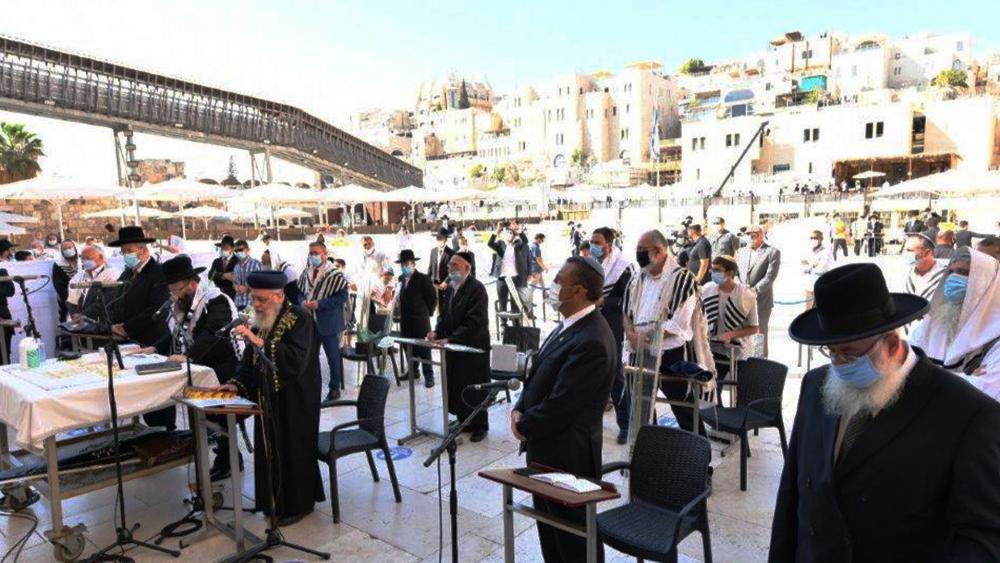 JERUSALEM, Israel - More than half a million people from Israel and around the world participated in a live broadcast of the traditional Birkat Kohanim, priestly blessing, from the Western Wall Plaza on Monday morning.

In the book of Numbers, God commands Moses and Aaron to bless the children of Israel:

The Lord bless you and keep you; the Lord make his face shine upon you, and be gracious to you; the Lord lift up his countenance upon you and give you peace.

The Aaronic benediction or blessing is part of Jewish prayers every day in Israel but in a non-coronavirus year, thousands of Israelis and Jews from around the world would pack the Western Wall plaza to give and receive this ancient blessing. Jewish men, who are believed to be of the priestly line, come to bless the people of Israel.

This year marks 50 years since the blessing was reinstated at the Western Wall.  But it was very different. Only about 200 worshippers and kohanim - whose lineage they believe is traceable to the biblical priestly families - from Jerusalem’s Old City, attended the event in person.

A few guests, including US Ambassador to Israel David Friedman, who himself is a kohen, also attended the ceremony.

“The Birkat Kohanim written in the Torah contains a promise to safeguard from harm and bring peace to Israel.  In these hard times, we need that blessing even more,” Rabbi Shmuel Rabinowitz, rabbi of the Western Wall and holy sites

“Unfortunately, this special event was held this year in a different format, without the participation of thousands of Jews.  We upheld the tradition in a limited format while abiding by regulations, connecting the entire Jewish nation from Israel and the diaspora,” Rabinowitz said.

Prayers were prayed for IDF soldiers and the welfare of Israel, and Psalms recited for those who joined from Israel and abroad; Rabbis also offered a special prayer for the recovery of leading Israeli Rabbi Chaim Kanievsky and for President Trump.

Rabbi Rabinowitz prayed, "Let us say the blessing for the president of the United States and we'll pray for his healing and success. May He, who blessed our ancestors Abraham, Isaac and Jacob, Moses, Aaron, David and Solomon, heal Donald John (Trump), son of Fred, for whom we pray. On this merit, may the Holy One, blessed be He, be filled with mercy for him to recover, heal and get stronger. May He send him quick and complete recovery from heaven to all of his 248 bodily parts and 365 tendons among other patients of Israel, health of body and mind in this year, and let us say Amen."

A huge banner along Tel Aviv’s busiest highway wishing @realDonaldTrump and @Flotus to get better. pic.twitter.com/jASUpYSQF1

Later, Ambassador Friedman said he would tell the President about the prayer at the sacred site.

Dozens of kohanim (from the priestly line) prayed for the recovery of Jews in Israel and around the world and for an end to the pandemic. 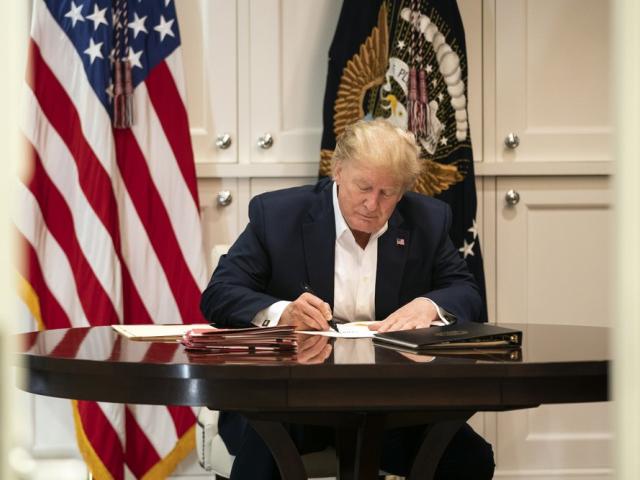 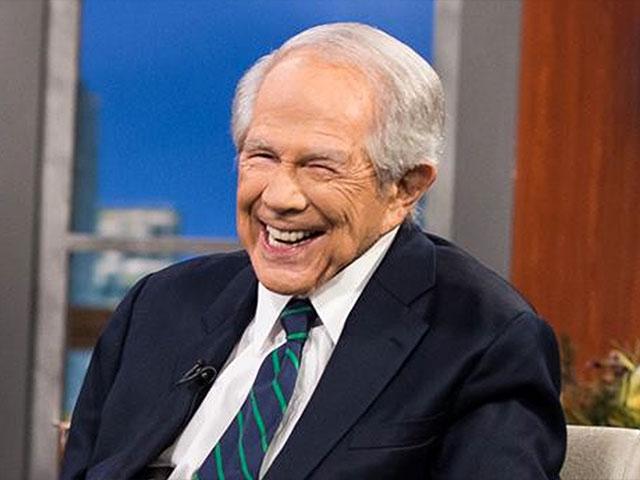