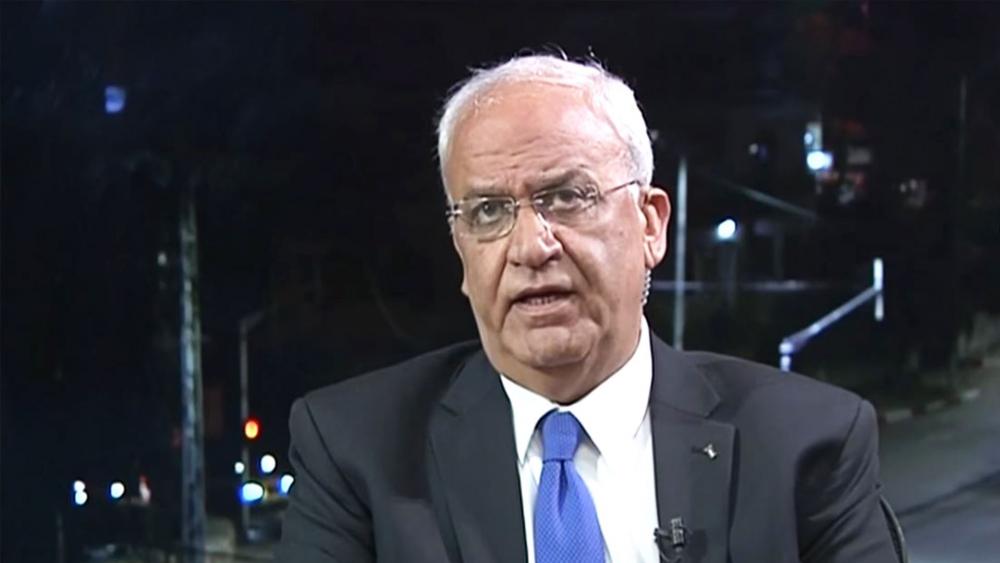 Erekat, 65, was rushed to the Israeli hospital on Sunday and by Monday, his condition had deteriorated to critical. The leader’s family said Tuesday evening he is in stable condition but still requires supplemental oxygen.

“My father is still in the intensive care unit. His condition is stable with ventilator support. Today, he was connected to the ECMO machine to support the lung and prevent its damage. God willing, his condition will improve,” said Erakat’s daughter Salam, who is also a medical doctor.

The extracorporeal membrane oxygenation (ECMO) machine replaces the function of the heart and lungs by pumping blood out of the body, oxygenating it externally, and then sending it back into the patient.

A spokesperson for the hospital said Erekat “is now well-settled and stable on ECMO with excellent oxygenation, and on reduced mechanical ventilation which is not damaging to the lungs. His care continues to be coordinated with lung transplant specialists in Israel and abroad to provide optimum care to this patient with complications of COVID-19 infection, on the background of a previous lung transplant.”

Erekat’s immune system was already compromised due to a bacterial infection and lung transplant he underwent in 2017. Israeli doctors are consulting with Erekat’s physicians in the United States who conducted his lung transplant about his condition.

Erekat, who serves as the Secretary-General of the Executive Committee of the Palestinian Liberation Organization, is one of the most recognizable Palestinian leaders. A leading Palestinian diplomat, he negotiated the Oslo Accords with Israel and several other peace talks with the Jewish State. He was also a senior advisor to Yasser Arafat and current advisor to Palestinian Authority Preside Mahmoud Abbas. He is also known for heavily criticizing Israel’s response during the Second Intifada.

Several Israeli lawmakers have blasted the hospital’s decision to treat Erekat, arguing that Israel should make his treatment conditional on Hamas’ return of the bodies of Israeli soldiers and prisoners it holds captive in the Gaza Strip. However, Hamas is bitter rivals with Abbas, and would not reasonably make such a huge compromise to save the life of one of Abbas’ closest advisers.

The director of the Hadassah Medical Center, Prof Zeev Rothstein, said on Sunday that the Israeli physicians would treat Erekat as they would any other patient.

“Mr. Erekat is receiving top-notch professional care like all serious corona patients at Hadassah, and the staff will do everything to assist his recovery,” Rothstein said in a statement. "At Hadassah, we treat every patient as if he were our only patient."

Middle East analyst and author Joel Rosenberg is calling on evangelicals to pray for Erekat’s healing.

“I ask Evangelicals around the world to pray for a miraculous recovery for Saeb Erekat, the senior Palestinian official battling COVID who is now in a coma and was moved yesterday to intensive care in Israel’s Hadassah Hospital. May the Lord have mercy on him and his family,” Rosenberg said in a tweet.

Since the start of the pandemic, there have been more than 59,000 confirmed cases in Palestinian territories – including Gaza, the West Bank, and eastern Jerusalem. More than 490 people have died, according to the World Health Organization.

Meanwhile, more than 306,500 people in Israel have been infected with the virus, and more than 2,200 people have died.