Who Do Israelis Want to Win the American Presidential Election? 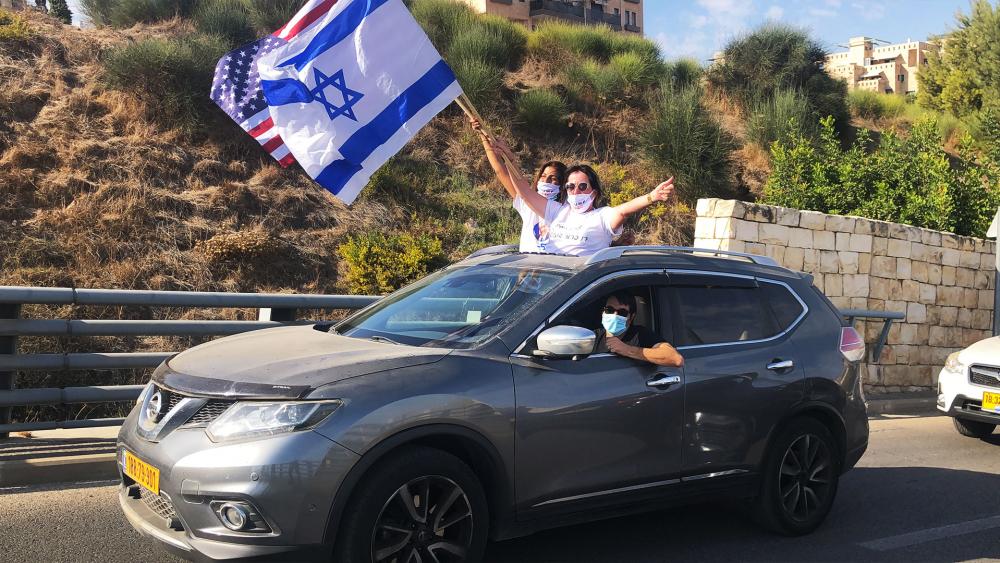 Trump Rally in Jerusalem
6206340902001
Who Do Israelis Want to Win the American Presidential Election?

JERUSALEM, Israel - According to a recent poll, if Israelis were voting Tuesday in America, a majority would choose President Donald Trump. But what are Americans living here likely to do?

In one colorful event, dozens of cars driven from Tel Aviv to Jerusalem displayed support for President Trump.

“I came here today because I believe that Donald J. Trump is a hero. He’s a hero of our time. He’s a man of his word,” said Chaim Malespin from the Aliyah Return Center. “It’s time to say thanks to this friend and stand up for him.”

“I came first of all to support President Trump, a big friend of Israel and the people of Israel, and I came with these flags to thank him for the peace agreements he will bring, to the Middle East,” said Hebrew-speaker Menachem Meir, who was carrying miniature flags from the Muslim countries with which Israel just made peace.

Organized by the group Republicans Overseas Israel, the convoy passed the US Embassy in Jerusalem before stopping by the promenade overlooking the Old City.

“It’s been a crazy year but it’s also brought us Donald Trump and the American administration and the things here in Israel we could only have dreamed of. And I can only say, thanks to the President and somebody he calls ‘the Boss’,” said Marc Zell, who heads Republicans Overseas Israel.

“What we’re trying to send here is a message to the millions of people in the United States who love Israel and want to see Israel succeed and we want to show them how much we are thankful for what we’ve seen in the past four years and what it means for them to get out there on November 3 and to vote,” Zell told CBN News

Trump supporters credit him with doing more for the State of Israel than any president since Harry Truman recognized the independence of the fledgling state in 1948.

“This is a special plaque that we made to give to President Trump, himself, in appreciation for everything he has done for the State of Israel and the Jewish people, said Avi Abelow from Israel Unwired.com.

His supporters see some of those “accomplishments” in the Middle East as abandoning the Iran nuclear deal; recognizing Jerusalem as Israel’s capital, and moving the US Embassy here; recognizing Israeli sovereignty over the Golan Heights, and now the regional peace deals between Israel and its Muslim neighbors.

“In the Middle East itself, this is a difficult neighborhood. Let’s take the example in particular of Syria. Syria today is an amalgamation of Russian power, Iranian power, Hezbollah, and ISIS. Having a situation like that, the added situation on the border of Israel, with all our enemies camped there just across our border is one of Israel’s worst nightmares,” Kugler told a ZOOM briefing from Media Central.

“Joe Biden was of the people who were central, really instrumental in the inception, the building and the extent of the strategic relationship between Israel and the United States,” Kugler said.

With Biden, he said, Israel would have a strong ally in the White House.

There are no actual statistics for the number of eligible American voters in Israel but Zell estimates there are around 300,000. He predicts half will vote and most of those will vote Republican.

There is one area where both sides agree.

“We’ve also seen quite an upsurge in interest, in registration and in voting. Interest is obviously great. It seems to me that it’s actually reflecting the situation also in the United States,” Kugler said.

“I’ve been doing this as a volunteer for some 30 years. I’ve never seen anything like this in terms of an outpouring of interest.

According to Zell, even some registered Democrats in Israel vote Republican.

But Dr. Elana Sztokman, Vice-Chair for Media and Policy for Democrats Abroad Israel, believes American Jews in Israel line up with their fellow Jews in the States.

“For sure, Jews in general, American Jews are overwhelmingly pro-Biden,” Sztokman told CBN News. “There’s a lot of reasons to believe that American Jews in Israel are not that different from American Jews.”

Szkotman says her group is concerned about foreign policy.

A poll conducted for i24 News found almost in the daily Israel Hayom found almost 19 percent of Israelis say they would choose Biden while 63 percent choose Trump. Forty-eight percent believe American Jews are mistaken in supporting the Democrats while more than 35 percent say they were “correct” in doing so.

Some say the numbers are even higher.

“I live in the Golan Heights,” said David, who is an Israeli. “The reason that I came here is to say thank you to the President and I believe 80 percent from the Israelis they feel the same thing I feel,” he told CBN News. 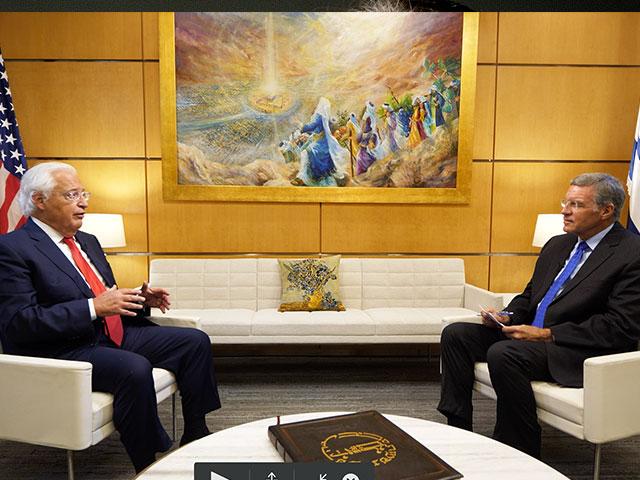