Netanyahu Lands in US to Sign Historic Peace Deals with Bahrain, UAE 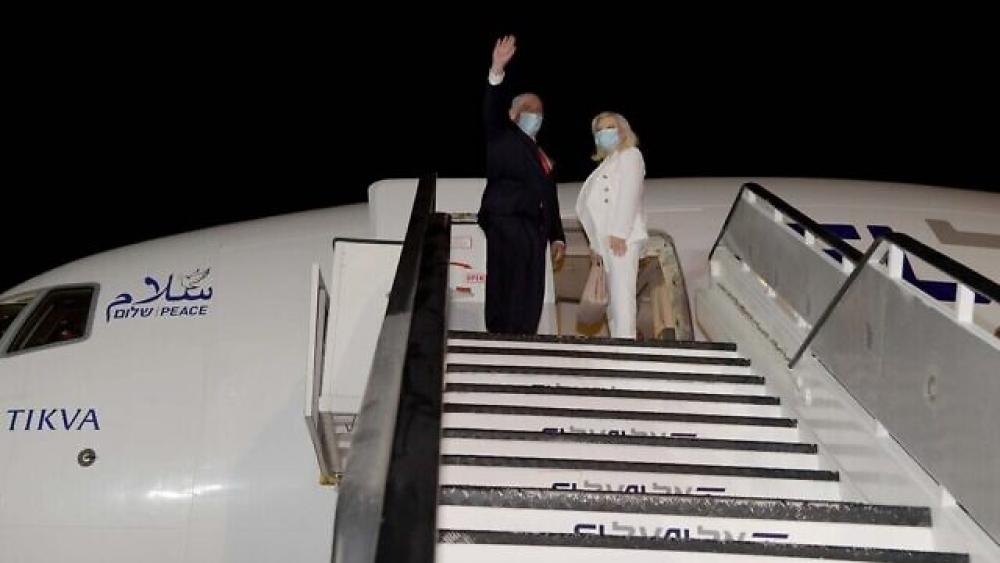 “We now have two historic peace agreements, with two Arab countries, which were established in one month. I am certain that we all welcome the new era. We are at the threshold of a new era,” Netanyahu said before leaving for the US on Sunday. “This will be a warm peace, economic peace in addition to the diplomatic peace, also peace between peoples.”

Netanyahu called the US-brokered agreements a “pivot of history."

The UAE, Israel, and the US announced on Aug. 13 that the Emirates will officially normalize ties with the Jewish State. US President Donald Trump broke the news on Friday that Bahrain would join the peace effort.

“They will exchange embassies and ambassadors, begin direct flights between their countries, and launch cooperation initiatives across a broad range of sectors, including health, business, technology, education, security, and agriculture. This is a truly historic day,” Trump said.

According to Netanyahu, the achievements will make a major impact for all involved.

“These agreements will be a union of political peace and economic peace. They will flow billions of dollars into our economy in investments, economic cooperation, and ventures,” he said.

American Rabbi Marc Schneier, President of the Foundation for Ethnic Understanding, said that there was more than one factor pushing the agreements forward at this time.

"First you have this raging pandemic. It’s only a natural alliance for the Gulf and for Israel to combat this virus together," Schneier told CBN News.

"The Gulf is going through this economic transformation. How often have I heard from Gulf leaders, ‘Rabbi, with our wealth and resources and Israel’s brain trust and technology, in partnership we can build the most powerful economic region in the world,'" Schneier said.

And then there's security.

"You have the continuing existential threat, that continues to come from Iran, wanting to strengthen relations with the US administration and at the same time several Gulf leaders that there are concerns as to who will be the next president of the United States," he said.

Schneier also said that the Gulf States were very concerned over Israel's plan to extend sovereignty over parts of Judea and Samaria.

"Make no mistake. Anyone who would suggest that the UAE and Bahrain no longer care about the Palestinians, or it’s not a priority issue for them, is simply dead wrong," he said.

Schneier said the deals would be good for both sides.

"When the King of Bahrain said to me time and time again that our only guarantee for a strong, moderate Arab presence in the Gulf is a strong Israel. The Gulf is looking to the State of Israel to be its defender, to be its protector," he said.

Trump will preside over Tuesday’s signing and says he expects other countries to follow.

“There are four more gulf states and other Muslim countries that could make peace with Israel," he said Friday.

"When the UAE normalized ties a month ago, one might have surmised that this was a one-off deal.  There are six Gulf States, but now with two, it’s clear this is the beginning of a trend. The momentum in the Gulf is to normalize ties, to make peace with Israel and it’s a win-win both for the Gulf and for the State of Israel," he said. 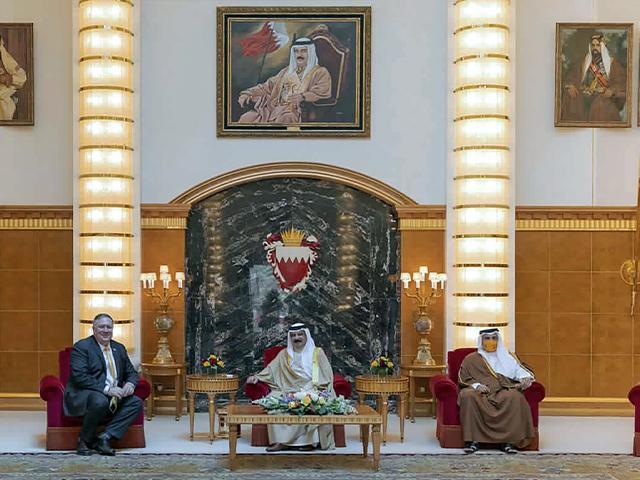