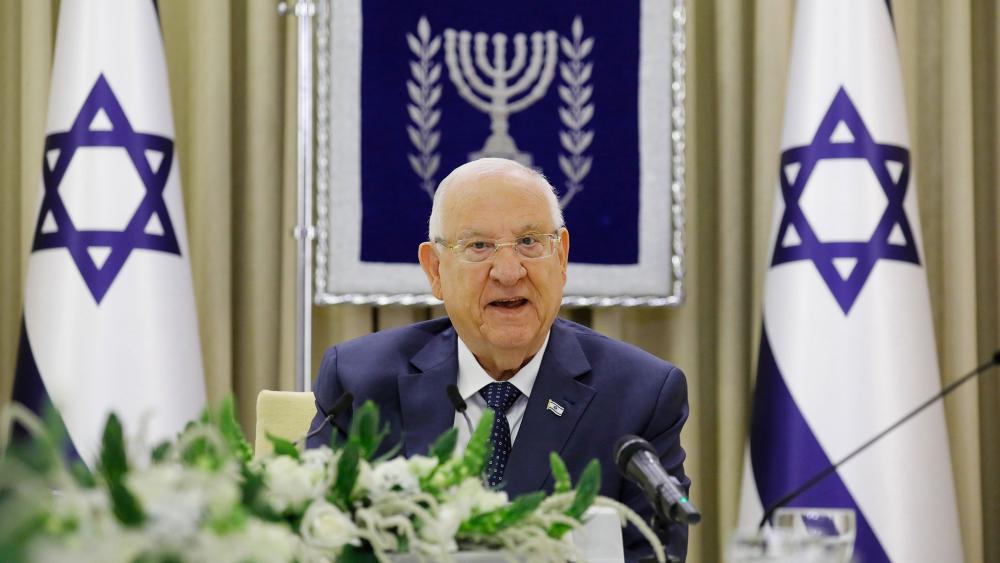 Israeli President Reuven Rivlin speaks during consultations with party representatives on who might form the next coalition government, at the President's residence in Jerusalem, Monday, April 5, 2021. (Amir Cohen/Pool Photo via AP)

“This was not an easy decision,” Rivlin said.

Israel's presidency is largely a ceremonial office. But after national elections, the president is responsible for selecting the leader of the party with the best chance of forming a government to put together a majority coalition in Israel’s 120-seat parliament or “Knesset.” He makes his selection based on consultations with all 13 incoming political parties, during which each party tells him who they recommend as their preferred candidate.

Netanyahu will now have 28 days to negotiate with the other parties to gain their loyalty and form a stable government coalition. If he fails, Rivlin may select another to do so.

“The main consideration that will guide me is entrusting a Knesset Member with the task who has the best chance of forming a government that will have the confidence of the new Knesset,” Rivlin said on Monday. “This is how all previous Israeli presidents have acted, this is how I acted in previous elections and this is how I will act now.”

The president’s selection of the candidate to form a government is usually a straightforward one, given to the leader with the largest political party. But after four elections in the span of two years and a crippling political stalemate, Rivlin faced a difficult task.

After consultations with representatives of Israel’s political parties, Prime Minister Benjamin Netanyahu received the most recommendations, but he is still short of the support he needs to form a majority coalition and breakthrough Israel's political deadlock.

Netanyahu was endorsed by his usual right-wing allies, including his Likud party, with 30 seats, Shas, with 9, United Torah Judaism, 7, and Religious Zionism, 6.

Yair Lapid, leader of the centrist Yesh Atid party, was endorsed by parties from Israel’s political right, left, and center, but he also does not have enough support to form a majority coalition.

Naftali Bennett of the right-wing Yamina party was labeled by some as a potential kingmaker. But instead of supporting Lapid or Netanyahu, he recommended himself as the candidate to be entrusted with forming a government. No other party recommended him.

"Given this state of affairs, when there is no majority of 61 Knesset members supporting a particular candidate, and without additional considerations indicating the chances of the candidates to form a government, I have come to a decision based on the numbers of recommendations, which indicates that MK Benjamin Netanyahu has a slightly higher chance of forming a government. Accordingly, I have decided to entrust him with the task of doing so," said Rivlin.

Rivlin’s consultations with party leaders on Monday coincided with Netanyahu's third appearance in court for his ongoing corruption trial. The prime minister is charged with fraud, breach of trust, and bribery in three separate cases. He denies the allegations and claims he is the victim of a “witch hunt."

Rivlin has expressed little optimism that Israel will solve its political stalemate any time soon.

He said on Monday that “the direction of the talks so far is a fifth election. After four election campaigns democracy has exhausted itself.”