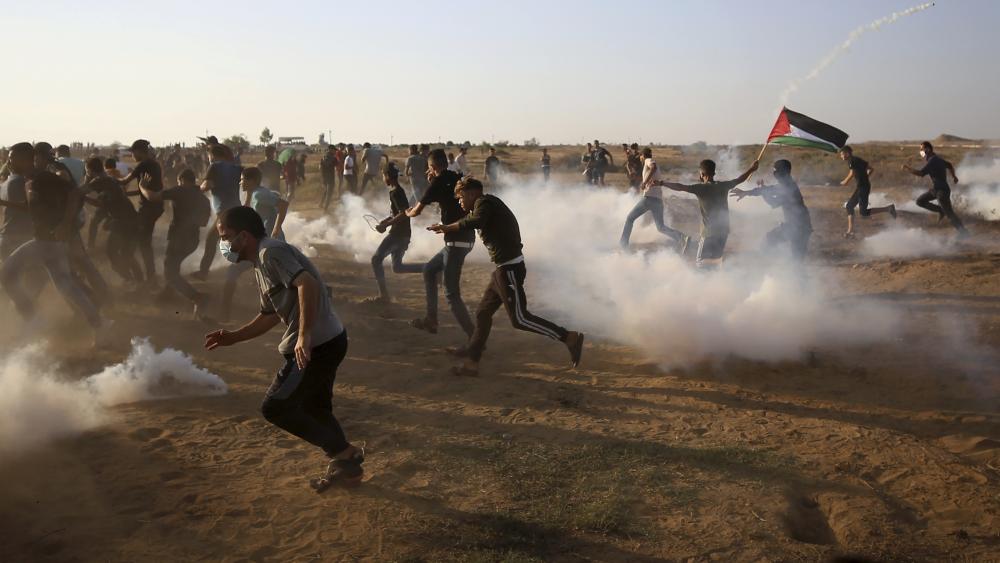 JERUSALEM, Israel - Hundreds of Palestinians demonstrated along Gaza's border fence with Israel on Sunday for the second night in a row.

Protestors hurled explosives at the fence and burned tires, prompting Israeli troops to use riot dispersal techniques and live fire to stop the demonstrations. One protester was moderately injured by Israeli gunfire.

Hamas has vowed to continue holding nightly demonstrations on the border to protest Israel's blockade on the territory.

Hamas spokesman Fawzi Barhoum said Israel "bears all the repercussions and consequences of the tightening of the siege on Gaza and the escalation of the humanitarian crisis among its residents."

“No calm or stability will be achieved as long as our people lack a free and dignified life," he added.

Hundreds of rioters in Gaza are at the security fence burning tires, hurling explosives and causing chaos.

This chaos is masterminded by Hamas.

While people in Gaza lack basic necessities, Hamas instead uses its resources to incite violence and spread hatred. pic.twitter.com/nyTuQ7wvkM

“We will operate in Gaza according to our interest,” Bennett said, adding that Hamas is to blame.

This is the worst violence between Israel and Gaza since May’s 11-day war.

Israel and Egypt have maintained a tight blockade on Gaza since Hamas seized control of the territory in 2007.

Israel says the closure, which restricts the movement of goods and people in and out of Gaza, is needed to keep Hamas from obtaining weapons used against Israeli civilians. Critics say the blockade, which has crippled the economy, amounts to collective punishment.

Israel has tightened the blockade since the May war, conditioning the delivery of critical reconstruction materials on Hamas’ release of the bodies of two Israeli soldiers killed during the 2014 war, and two civilians believed to be alive.

Earlier this month, Israel reached an agreement with the Gulf country Qatar to resume monthly aid payments to Gaza's impoverished families. The payments are expected to start again in the coming weeks. 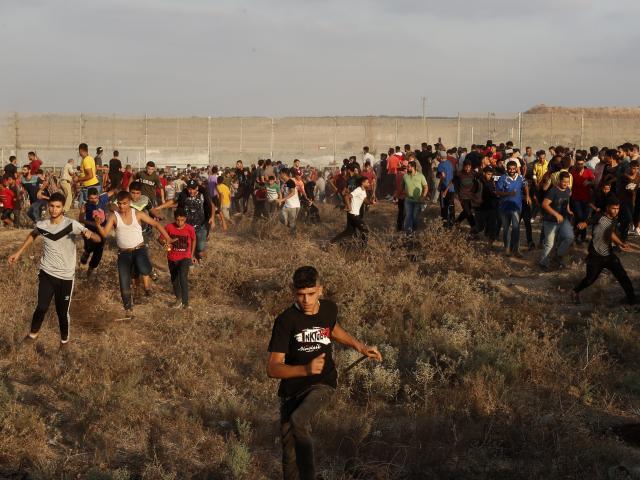