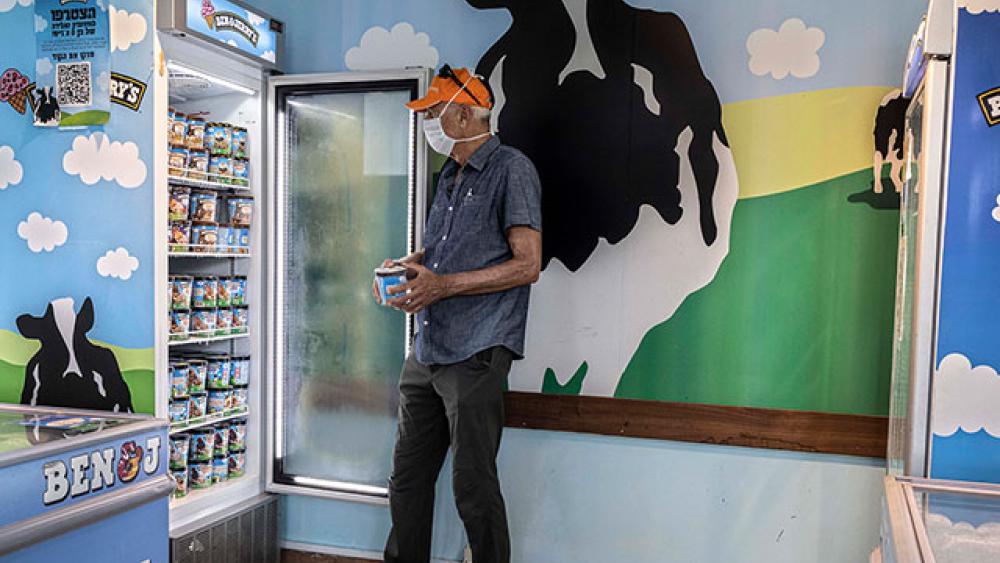 The Republican governor said the State Board of Administration (SBA) has placed Unilever on its list of “scrutinized companies” that boycott Israel. That means if Ben & Jerry’s decision is not reversed in 90 days, Florida will not invest in or contract with Unilever or its subsidiaries.

“As a matter of law and principle, the State of Florida will not tolerate discrimination against the State of Israel or the Israeli people,” said DeSantis. “By placing Ben & Jerry’s Fortune 500 parent company Unilever on our List of Scrutinized Companies that Boycott Israel, Florida is sending a message to corporate America that we will defend our strong relationship with the Jewish State. I will not stand idly by as woke corporate ideologues seek to boycott and divest from our ally, Israel.”

The decision comes after Ben & Jerry’s announced it would not sell ice cream in what it calls “occupied Palestinian territory.”

Today, some 700,000 Israelis live in settlement communities in the West Bank and eastern Jerusalem. These Jewish towns, villages and cities sit on territories Israel captured from Jordan during the 1967 Six-Day war. Israel claimed eastern Jerusalem during that war and considers it part of its unified capital, and the West Bank as “disputed territory” whose status should be resolved through negotiations.

The Palestinians seek the West Bank as part of their future independent state with eastern Jerusalem as their capital.

Most countries at the United Nations view these Jewish settlement communities as illegal under international law and obstacles to peace – a notion Israel rejects.

Ben & Jerry’s founders, Bennett Cohen and Jerry Greenfield, said in a recent New York Times opinion piece that they no longer control the company but approve of its decision to stop selling ice cream in the West Bank and eastern Jerusalem.

“We are also proud Jews. It’s part of who we are and how we’ve identified ourselves for our whole lives. As our company began to expand internationally, Israel was one of our first overseas markets. We were then, and remain today, supporters of the State of Israel,” the founders said. “But it’s possible to support Israel and oppose some of its policies, just as we’ve opposed policies of the U.S. government.”

Unilever also wrote in an email Tuesday that it employs more than 2,000 people in Israel and the company “rejects completely and repudiates unequivocally any form of discrimination or intolerance.”

“Anti-Semitism has no place in any society,” the company said, adding that Ben & Jerry's will continue selling ice cream in parts of Israel “through a different business arrangement."

Florida officials say the company told them in a call Wednesday that there are no plans to change Ben & Jerry's position on Israel. It wasn't immediately clear what kind of investments Florida currently has with Unilever or its subsidiaries.

Following Ben & Jerry’s announcement, Israel’s ambassador to the United States and the UN sent a letter to the governors of 35 US states urging them to punish Unilever under anti-boycott laws.

Texas has also joined Florida in threatening to divest from Unilever over the Ben & Jerry’s boycott.