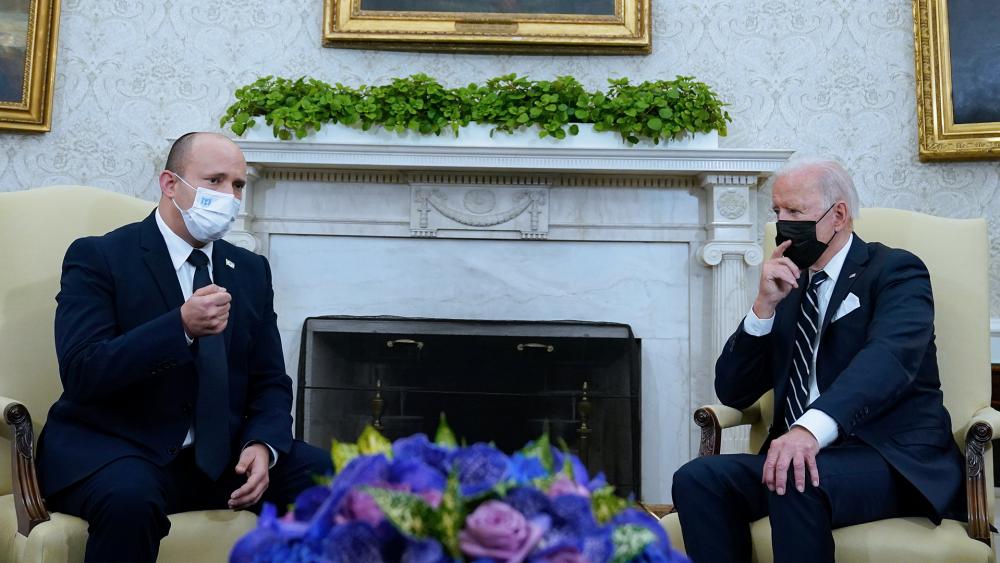 On Friday, President Biden met with Israeli Prime Minister Naftali Bennett at the White House. The meeting was chiefly about the future of relations between the U.S. and Israel, but the two leaders could not ignore the proverbial elephant in the room. The deaths of more than a dozen U.S. troops in Afghanistan at the hands of suicide bombers.

"Losing a son, a daughter, a husband, wife is like being sucked into a big black hole in the middle of your chest and you don't think there's any way out," Biden said.

"On behalf of the Israeli people, I want to extend our deep sadness and condolences for the loss of American lives in Kabul," Bennett said.

While the two leaders appeared friendly, they clearly have major differences to work out.  The Iran nuclear deal tops the list. Biden plans to reenter the agreement his predecessor, former President Trump, abandoned. Israel's government doesn't agree with that plan.

"Iran is the world's number one exporter of terror, instability, and human rights violations," Bennett said. "The first goal is to stop Iran and its regional aggression and start rolling them back into the box. The second is to permanently keep Iran away from ever being able to break out a nuclear weapon."

"But we're putting diplomacy first and seeing where that takes us," Biden declared. "But if diplomacy fails we're ready to turn to other options."

There's also a gap in how the two leaders view Israeli - Palestinian relations which boiled over earlier this year with military action along the Gaza Strip between Hamas and Israeli forces. Biden wants Israel to help Palestinians, Bennett wants to lower expectations.

Overall, Bennett's main agenda item is to build bridges with the President and Democratic leadership that was severely damaged under his predecessor Benjamin Netanyahu. Netanyahu was widely known to support the Republican party.

In a good sign, however, the two indicated Friday that they'd be supportive of one another.