As Iran Nuclear Program Advances, Bennett Urges 'Iran Must Begin to Pay a Price for Its Violations' 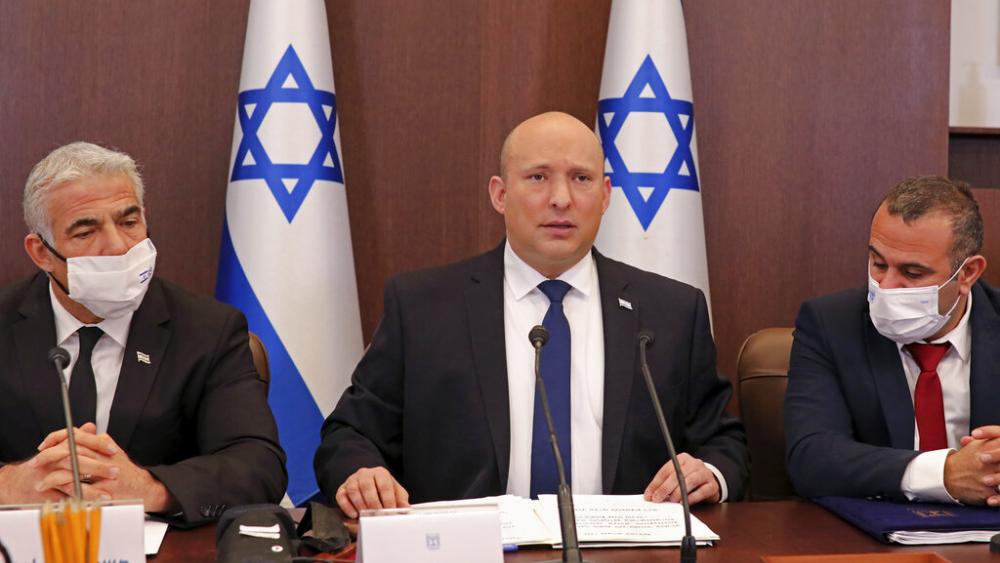 “I call on every country negotiating with Iran in Vienna to take a strong line and make it clear to Iran that they cannot enrich uranium and negotiate at the same time,” Bennett said during a cabinet meeting.

Last week, world leaders resumed negotiations with Iran over its nuclear program but were disappointed by Iran’s hardline position. Tehran suggested everything discussed in previous rounds of talks should be renegotiated.

Meanwhile, Iran has continued to advance its nuclear program, further raising the stakes of the nuclear negotiations.

"Our goal is to use the window of opportunities between the rounds (of talks) in order to say to our friends in the US - this is exactly the time to use a different toolkit against Iran's rush to (nuclear) enrichment. Iran must begin to pay a price for its violations,” said Bennett, adding that Iran’s primary goal is the removal of crippling sanctions against it.

“(The goal is) their ability to do what they are doing now, terror and nuclear-wise, only this time they want (it) strengthened in the shape of billions of dollars, and support in their activities. We are conducting a sincere and intensive dialogue with the Americans, British, French, Russians and more,” he added.

Israel has long opposed the Iranian nuclear deal spearheaded by the Obama administration in 2015, saying it doesn’t go far enough to address Iran’s nuclear program or its military aspirations in the region.

The deal lifted sanctions on Iran in exchange for limits on its nuclear program.

The agreement unraveled after the Trump administration unilaterally abandoned the deal in 2018, claiming it was weak and poorly negotiated. The Biden administration seeks to return to the agreement or negotiate a “longer and stronger” version to prevent Iran from obtaining a nuclear weapon. However, the US has yet to re-join Iran at the negotiating table because it is no longer a member of the original nuclear deal.

Since the deal’s collapse, Iran now enriches some of its uranium close to weapons-grade purity. Iran’s uranium stockpile now far exceeds the accord’s limits and the country is operating advanced centrifuges barred by the accord.

Israel is closely watching the nuclear negotiations in Vienna but has said it is willing to confront the Iranian threat on its own.