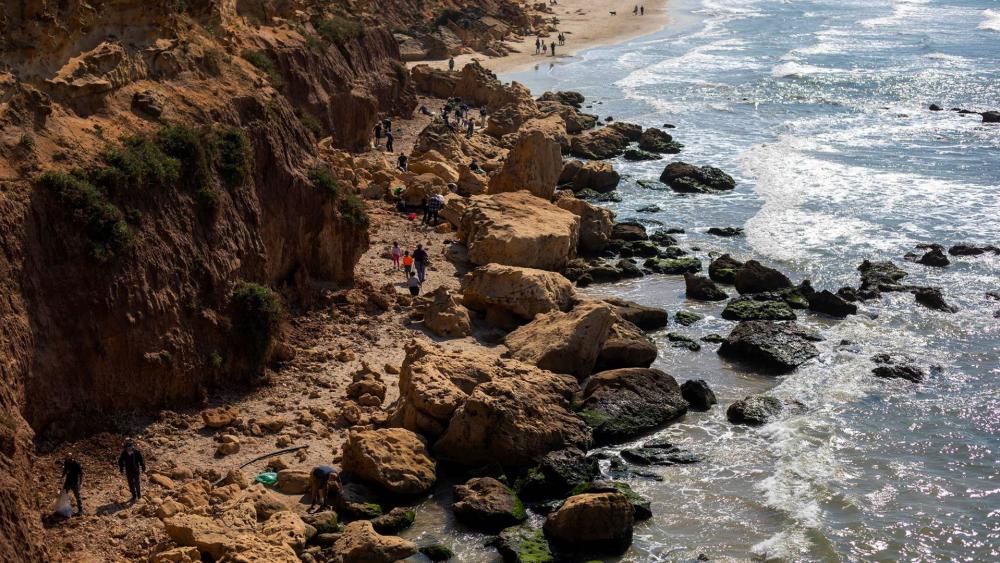 JERUSALEM, Israel – An oil spill in the Mediterranean hospitalized several people in Israel over the weekend and is threatening natural wildlife.

The oil spill, which dumped tons of tar into the ocean, forced Israeli authorities to shutter all beaches from Israel’s north to south.  Hundreds of volunteers gathered to clean up the tar on Israeli shores, but the toxic fumes sent several people to the hospital.

The cause of the oil spill is unknown and Israeli Prime Minister Benjamin Netanyahu said in a press conference Saturday that the incident is under investigation.

On Thursday, a baby whale washed up dead on a beach near Tel Aviv. The chief vet of the Israel Nature and Parks authority said black liquid was found in the whale.

Israeli media reports that surveillance footage dated Feb. 11 shows a patch of black liquid near ten ships. Israel is working with international authorities to find out if one of the ships may have dumped fuel in the water.

The tar must be cleaned up by hand and Israeli leaders fear more could be on the way.

“The greatest fear is that there is a lot more tar in the sea right now that is poisoning wildlife, and still hasn’t reached us,” Dor Adelist, a scientist from the University of Haifa, told the Walla news site.

The Agriculture Ministry said it is too early to determine if the tar has damaged fish.