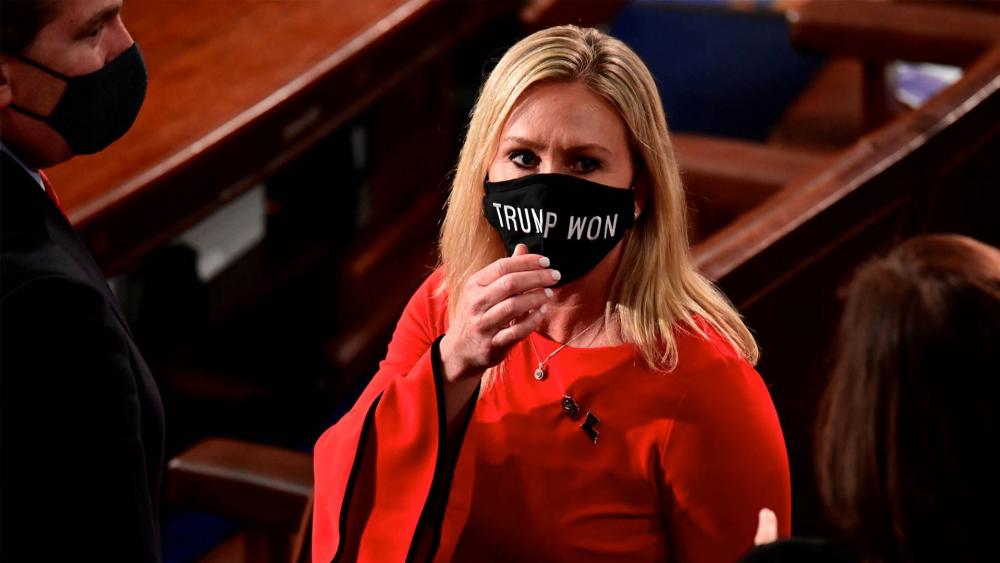 Senate Minority leader Mitch McConnell on Monday rebuked freshman GOP lawmaker Rep. Marjorie Taylor Greene for her embrace of “loony lies and conspiracy theories” which he said is a “cancer for the Republican Party.”

In a statement first reported by The Hill, McConnell blasted the far-right Georgia lawmaker for several conspiracy theories she has promoted.

“Somebody who’s suggested that perhaps no airplane hit the Pentagon on 9/11, that horrifying school shootings were pre-staged, and that the Clintons crashed JFK Jr.’s airplane is not living in reality. This has nothing to do with the challenges facing American families or the robust debates on substance that can strengthen our party,” said McConnell.

Greene shot back on Twitter, saying: “The real cancer for the Republican Party is weak Republicans who only know how to lose gracefully. This is why we are losing our country.”

House Republicans have been mostly quiet about a mounting move by Democrats to oust Greene over her questionable statements and social media posts that resurfaced last week.

In 2018, Greene suggested in a Facebook post that a deadly California forest fire was caused by galactic laser beams linked to wealthy Jewish bankers who sought to benefit financially. In that same year, she shared a since-deleted video to her Facebook page insisting that “Zionist supremacists” are working to flood Europe with nonwhite immigrants to replace the white population.

Greene is most known for her support of the far-right conspiracy theory Qanon, which claims that Trump will put an end to a global child sex-trafficking ring run by Satanic worshippers and elite Democrat leaders. She also endorses the conspiracy theories that 9/11 was an inside job, or that the deadly Parkland shooting was staged.

House Democrats are threatening to force a vote to remove Greene from her congressional appointments if House Minority Leader Kevin McCarthy (R-CA) doesn’t oust her first.

The Hill reports that McCarthy is set to meet with her as early as Tuesday.

A spokesperson for House Minority leader Kevin McCarthy told Axios last week that her comments are “deeply disturbing” and he plans to have a conversation with Greene about them.

The Republican Jewish Coalition said in a statement they are offended by Greene’s behavior.

“We are offended and appalled by her comments and her actions,” the statement read. “We opposed her as a candidate and continue to oppose her now. She is far outside the mainstream of the Republican Party, and the RJC is working with the House Republican leadership regarding next steps in this matter.”

The Conference of Presidents of Major American Jewish Organizations, an umbrella organization representing some 50 Jewish groups, also blasted Greene in a statement.

“As an avid supporter of QAnon, Representative Greene espouses antisemitic canards,” the statement said, adding, “[there] must be a swift and commensurate response from Congressional leadership making clear that this conduct cannot and will not be allowed to debase our politics.” 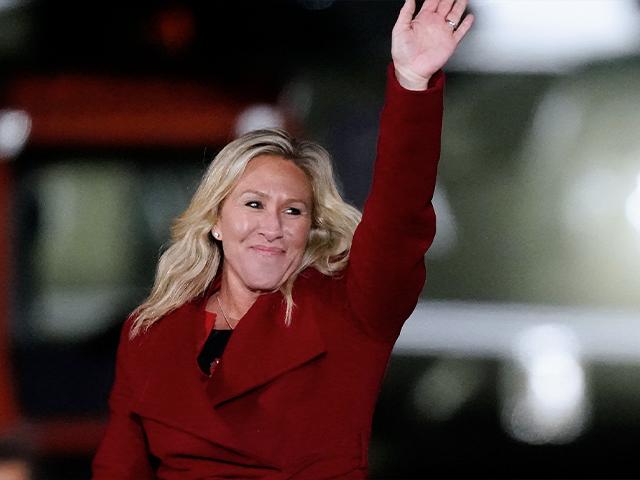