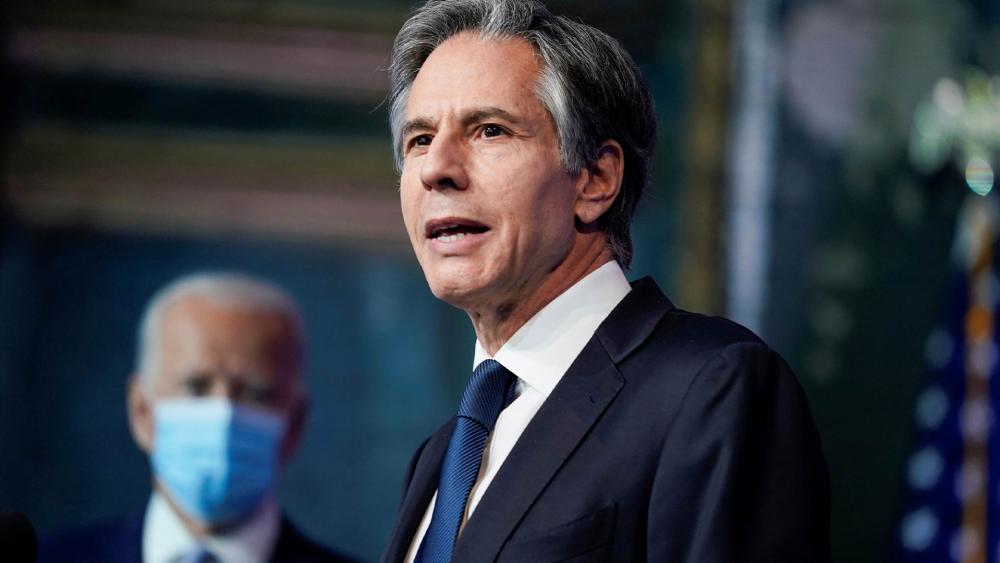 JERUSALEM, Israel – Tony Blinken, President-elect Joe Biden’s nominee for Secretary of State, said on Tuesday that Biden will work with Israel and the Gulf States to negotiate and potentially reenter a better Iranian nuclear deal.

Speaking at his confirmation hearing before the Senate Foreign Relations Committee, Blinken said Biden “believes that if Iran comes back into compliance, we would too,” but acknowledged that “we are a long way from there.”

"But we would use that as a platform with our allies and partners, who would once again be on the same side with us, to seek a longer and stronger agreement," he continued.

“It’s vitally important that we engage on the takeoff, not the landing, with our allies and partners in the region, to include Israel and to include the Gulf countries,” he said.

Blinken also said a new agreement could address one of Israel’s biggest security concerns – Iran’s missile program and its “destabilizing activities” in the Middle East.

“Having said that, I think we’re a long way from there,” Blinken said.

On Monday, Ali Akbar Salehi, the head of the Atomic Energy Organization of Iran, said Iran was producing more than 500 grams of uranium enriched to 20% per day.

Salehi said if “other parties” returned to the nuclear deal, Iran would become compliant with it. He also called on the incoming Biden administration to ease the heavy US sanctions that have crippled Iran’s economy.

Blinken assured the committee that “President-elect Biden is committed to the proposition that Iran will not be permitted to acquire a nuclear weapon.”

He also said the relationship between Israel and the United States is “sacrosanct” and that the Biden administration is “resolutely opposed” to the Boycott, Divestment, and Sanctions (BDS) against Israel. He expressed support for the two-state solution to the Israeli-Palestinian conflict while also acknowledging it likely will not become a reality in the near future.

“The only way to ensure Israel’s future as a Jewish, democratic state and to give the Palestinians a state to which they are entitled is through the so-called two-state solution,” Blinken said.