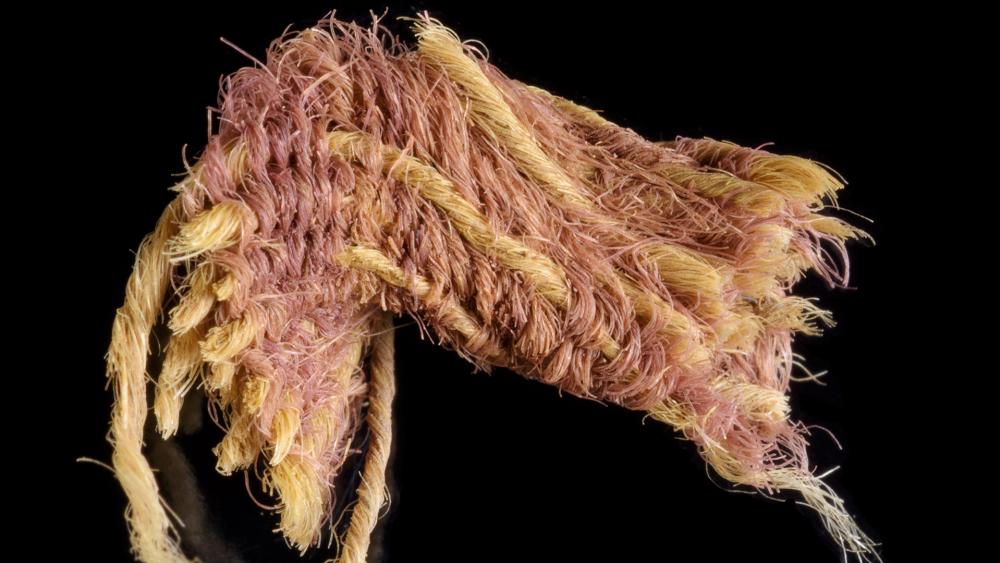 JERUSALEM, Israel – Israeli researchers announced the groundbreaking discovery of three scraps of biblical purple fabric dating back to the time of King David and King Solomon.

Researchers from Tel Aviv University, Bar Ilan University, and the Israel Antiquities Authority stumbled upon the rare finding while working in the Timna Valley, an ancient copper production center in southern Israel. 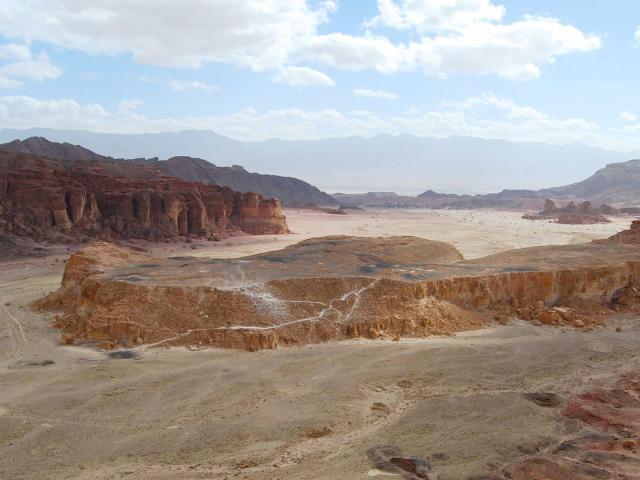 They found 3,000-year-old remnants of woven fabric, a tassel, and fibers of wool dyed with royal purple.

“The color immediately attracted our attention, but we found it hard to believe that we had found true purple from such an ancient period,” said Prof. Erez Ben-Yosef from Tel Aviv University’s Archaeology Department. 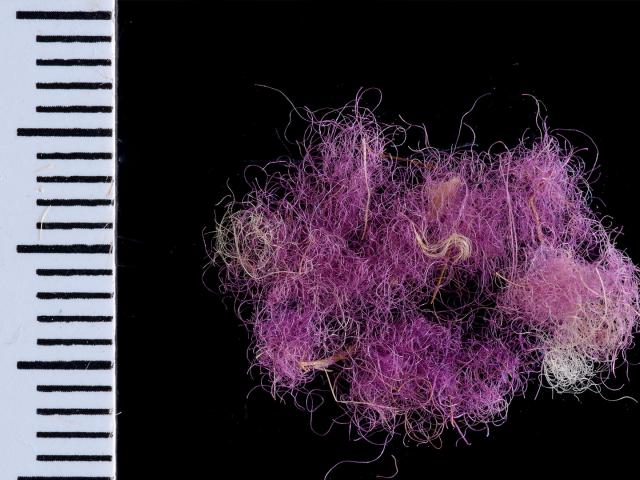 This dye, created from a species of Mollusk, is mentioned multiple times in the Bible and this discovery marks the first time purple-dyed Iron-Age textiles have ever been found in Israel and the southern Levant.

“This is a very exciting and important discovery,” Dr. Naama Sukenik, curator of organic finds at the Israel Antiquities Authority, said in a statement.

“The gorgeous shade of the purple, the fact that it does not fade, and the difficulty in producing the dye, which is found in minute quantities in the body of mollusks, all made it the most highly valued of the dyes, which often cost more than gold.” She continued. 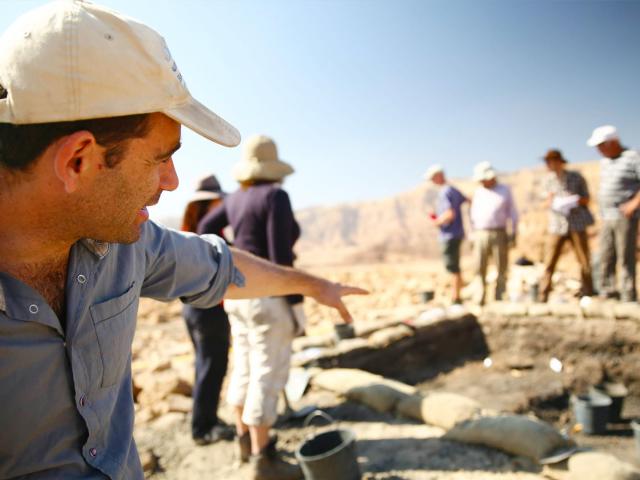 Excavating the site where the textiles were found. Photo Credit: Sagi Bornstein, courtesy of the Central Timna Valley Project.

This rare and incredibly expensive purple dye was reserved for the kings, priests, and ancient nobility of King David and King Solomon’s time. The color has religious and cultural significance even today.

Song of Songs describes King Solomon himself using purple-dyed textiles: “King Solomon made for himself the carriage; he made it of wood from Lebanon. Its posts he made of silver, its base of gold. Its seat was upholstered with purple, its interior inlaid with love.” (Song of Songs 3:9–10)

Although the fabric that the researchers discovered predates Jesus by a thousand years, he is described as wearing a purple robe before his crucifixion in the books of Mark and John.

The dye was retrieved through a meticulous process of extraction from the glands of the mollusk. These glands were used to create purple and azure – an ancient light blue color also reserved for the societal elite.

To replicate this ancient dying process, Prof. Zohar Amar from Bar Ilan University, traveled to Italy where mollusks are part of the local cuisine. He cracked open thousands of mollusks and collected raw material from their dye glands. 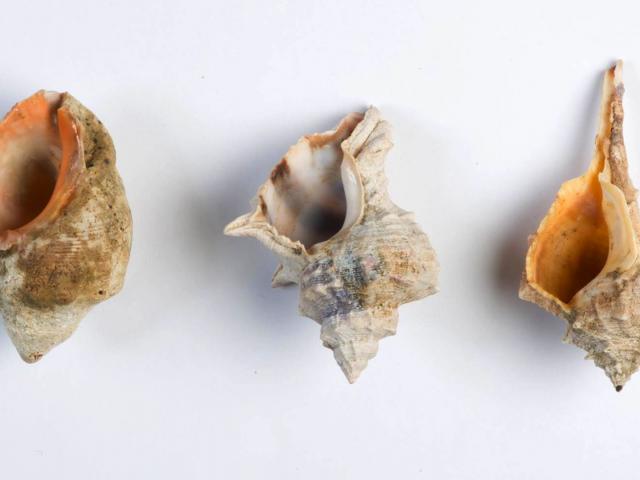 “The practical work took us back thousands of years,” said Prof. Amar, “and it has allowed us to better understand obscure historical sources associated with the precious colors of azure and purple.”

“The remnants of the purple-dyed cloth that we found are not only the most ancient in Israel, but in the Southern Levant in general,” Dr. Sukenik explained. “We also believe that we have succeeded in identifying the double-dyeing method in one of the fragments, in which two species of mollusk were used in a sophisticated way, to enrich the dye. This technology is described by the Roman historian Pliny the Elder, from the first century CE, and the dye it produced was considered the most prestigious.”

Researchers also believe the location of the discovery provides insight into the people who lived there. Timna Valley was part of the biblical kingdom of Edom. Genesis 36 describes the Edomites as the descendants of Jacob’s brother Esau, “who reigned in Edom before any Israelite king reigned" (Genesis 36:31).

“The Edomite Kingdom was a kingdom of nomads in the early Iron Age,” said Prof. Ben-Yosef. “When we think of nomads, it is difficult for us to free ourselves from comparisons with contemporary Bedouins, and we, therefore, find it hard to imagine kings without magnificent stone palaces and walled cities. Yet in certain circumstances, nomads can also create a complex socio-political structure, one that the biblical writers could identify as a kingdom.” 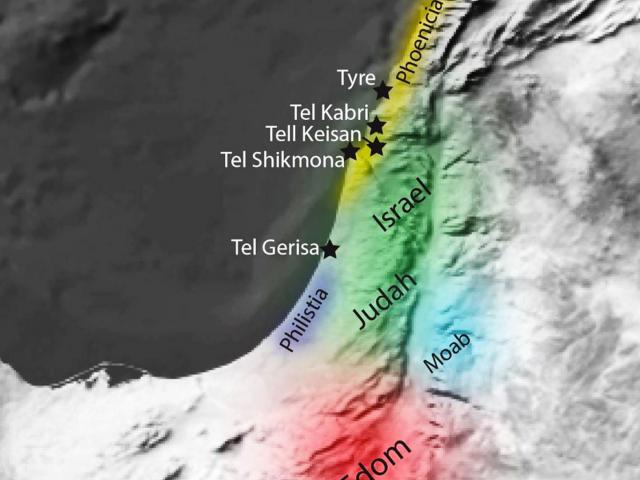 The findings of the purple dye in biblical Edom reveals that this society had to have had trade relations with people who lived on the coastal plain because mollusks are indigenous to the Mediterranean.

“Our new research at Timna has showed us that even without such buildings, there were kings in our region who ruled over complex societies, formed alliances and trade relations, and waged war on each other,” Prof. Ben-Yosef explained. “The wealth of a nomadic society was not measured in palaces and monuments made of stone, but in things that were no less valued in the ancient world – such as the copper produced at Timna and the purple dye that was traded with its copper smelters.”

The team of researchers published their findings Thursday in the PLOS ONE journal. 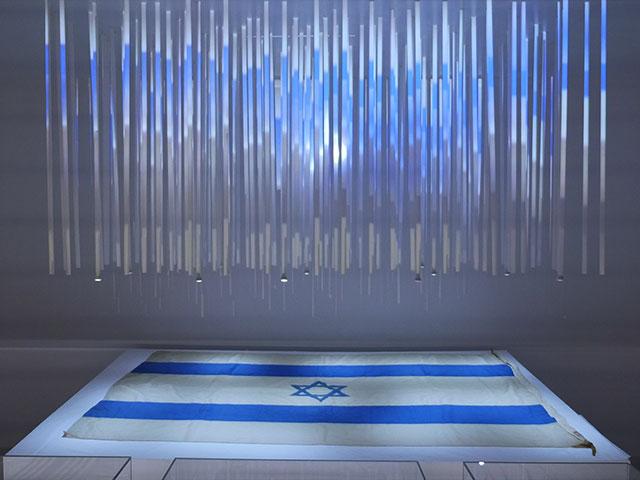 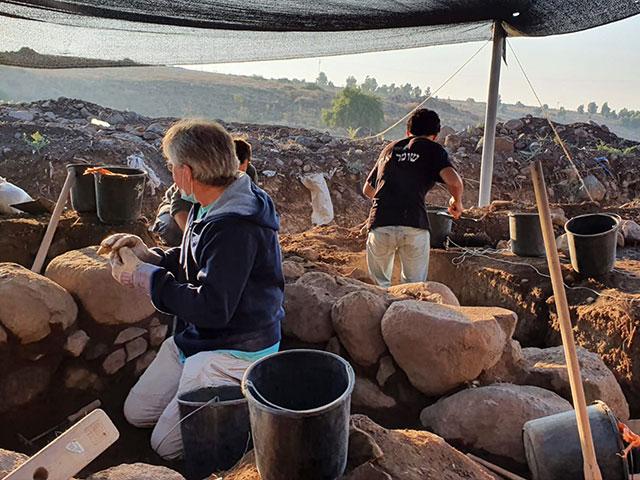