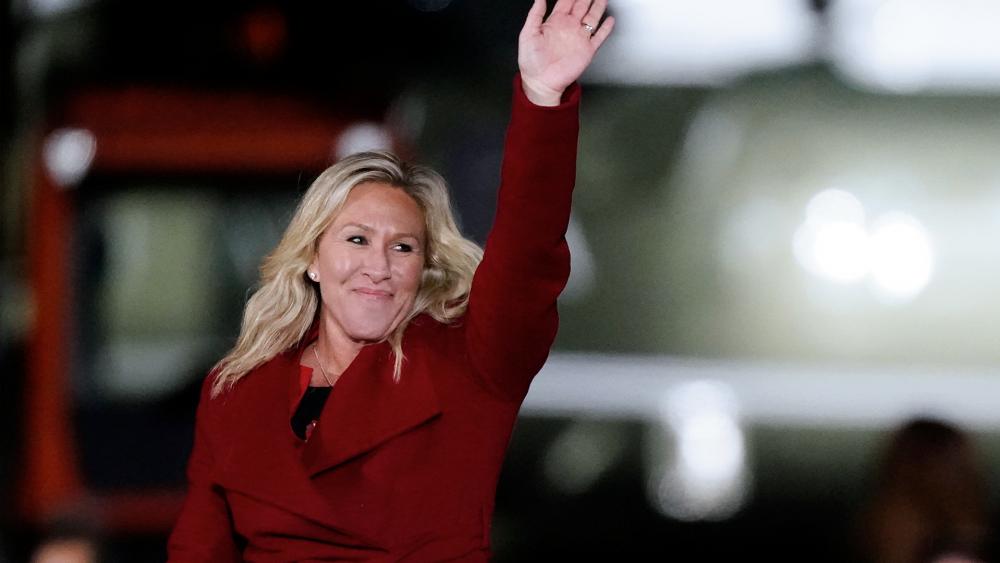 JERUSALEM, Israel – Freshman Republican lawmaker, Rep. Marjorie Taylor Greene of Georgia, is in the spotlight over a Facebook post from 2018 in which she suggests that a deadly California forest fire was possibly caused by galactic laser beams linked to wealthy Jewish bankers.

The post is no longer visible on Greene’s Facebook page, but a screenshot of it is being distributed by the left-leaning organization Media Matters for America. 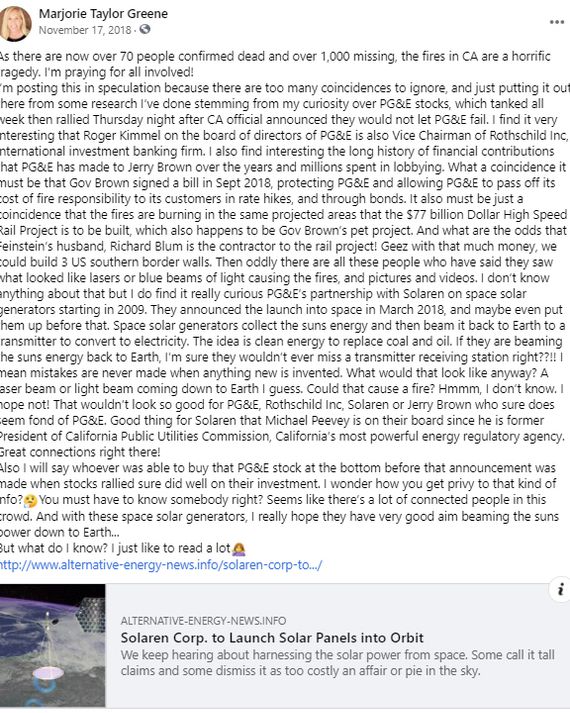 In the post, Greene baselessly claims that the 2018 Camp Fire that killed 85 people could have been ignited by a “laser beam or light beam” shining from space down to earth.

Authorities have confirmed that the real cause of the fire was electrical wiring from Pacific Gas and Electric (PG&E).

Greene said in her post that Roger Kimmel, a board member at PG&E, was also the vice-chairman of the major Jewish investment company Rothschild Inc. She then explains that PG&E invested in technology that would beam solar energy to earth, and that technology could have started the fire. She speculates that Rothschild Inc. might have conspired with PG&E, former California governor Jerry Brown, and a solar energy company to start the deadly fires for financial gain.

She wrote that “there are too many coincidences to ignore.”

This is not the first time the Republican lawmaker has been accused of pushing anti-Semitism conspiracy theories. In 2018, she also shared a since-deleted video to her Facebook page insisting that “Zionist supremacists” are working to flood Europe with nonwhite immigrants to replace the white population.

That video was also uncovered by Media Matters and reported in Israeli media.

In the video, a voiceover says: “[A]n unholy alliance of leftists, capitalists and Zionist supremacists has schemed to promote immigration and miscegenation, with the deliberate aim of breeding us out of existence in our own homelands.”

The Jerusalem Post reports that Greene wrote in another post that the Rothschilds and Soros conspired to oust former President Donald Trump.

Greene is most known for her support of the far-right conspiracy theory Qanon, which claims that Trump will put an end to a child sex-trafficking ring run by elite Democrat leaders. She also endorses the conspiracy theories that 9/11 was an inside job, the deadly Parkland shooting was a planned event, and that Trump actually won the 2020 November election.

She was elected to serve as a Republican representative for Georgia in November.

A spokesperson for House Minority leader Kevin McCarthy told Axios this week: "These comments are deeply disturbing and Leader McCarthy plans to have a conversation with the Congresswoman about them." 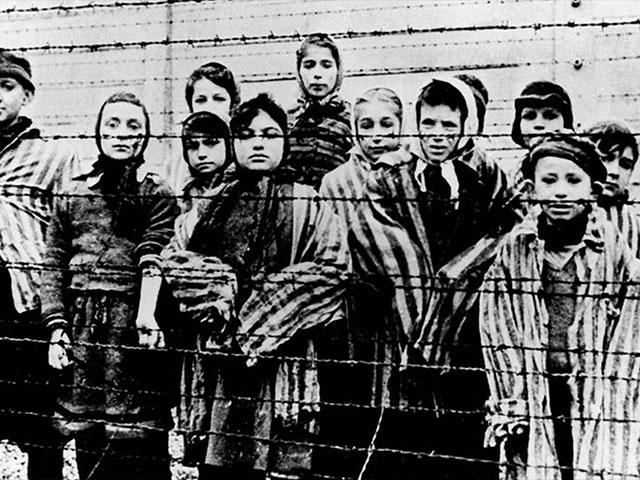