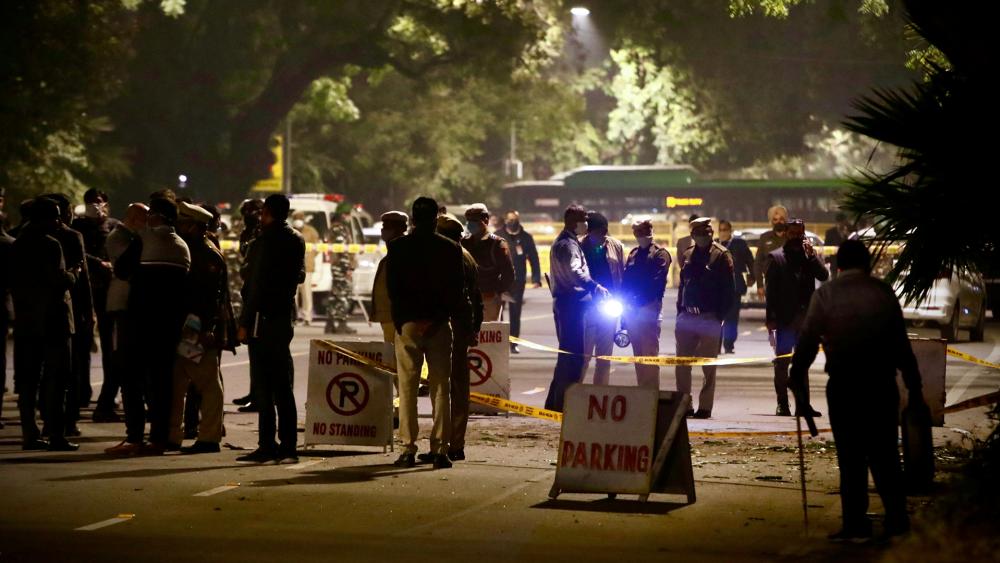 Policemen stand guard near the Israeli Embassy after a blast in the area in New Delhi, India, Friday, Jan. 29, 2021. (AP Photo/Manish Swarup)

NEW DELHI (AP) — A “very low intensity” device exploded Friday near the Israeli Embassy in the Indian capital, but there were no injuries and little damage, police said.

New Delhi police said the only damage was to the windows of three cars parked nearby, which were shattered by the blast.

A preliminary investigation “suggests a mischievous attempt to create a sensation,” police said in a statement.

Police cordoned off the area and were investigating.

Israel's foreign ministry said in a statement that "there are no casualties and no harm was done to the building. All Israeli diplomats and embassy staff are safe and sound."

Indian External Affairs Minister S. Jaishankar tweeted that he "Spoke just now to Israeli FM @Gabi_Ashkenazi about the explosion outside the Israeli Embassy. We take this very seriously. Assured him of the fullest protection for the Embassy and Israeli diplomats. Matter is under investigation and no effort will be spared to find the culprits.”

The New Delhi Television news channel said the explosive device had ball bearings wrapped in a plastic bag and was left on the pavement outside the embassy. There was no immediate police confirmation.

The blast in the high-security zone occurred while India’s president and prime minister were attending a ceremony marking the end of Republic Day celebrations. The venue is about 1.4 kilometers (1 mile) from the Israeli Embassy.

In 2012, an explosion under an Israeli Embassy car in New Delhi injured four people, including the wife of a diplomat. Police said two men riding on a motorbike planted the explosive device under the car when it stopped at a traffic signal. The device exploded soon afterward.

Israel accused Iran of involvement in that blast.