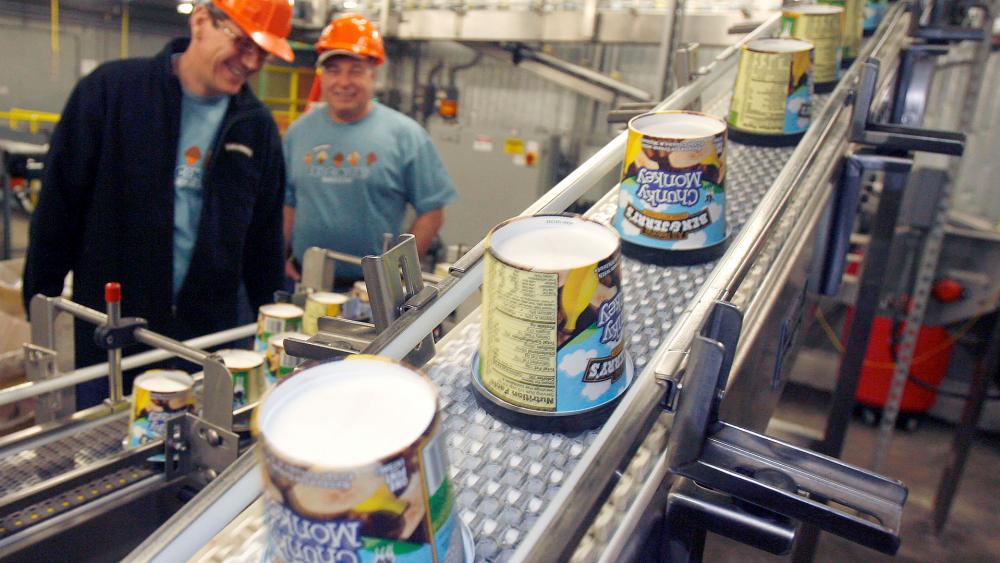 JERUSALEM, Israel – Ben & Jerry’s announced on Monday that it will stop selling its ice cream in the West Bank – biblical Judea and Samaria – and eastern Jerusalem because continuing to do so is “inconsistent with its values.”

The Vermont-based ice cream company said in a statement on its website that it hears “the concerns shared with us by our fans and trusted partners,” and it will not renew its agreement with its distributor to sell the ice cream in Israeli settlement communities. However, the ice cream will continue to be sold in Israel through a different arrangement.

Ben & Jerry’s did not identify who raised concerns about its ice cream sales, but last month, a group called Vermonters for Justice in Palestine called on Ben & Jerry’s to “end complicity in Israel’s occupation and abuses of Palestinian human rights.”

The decision is one of the most high-profile condemnations by a well-known Western company of Israel’s settlement communities. Israeli Prime Minister Naftali Bennett, a former leader of the settlement movement, called it “an immoral decision and I believe that it will turn out to be a business mistake, too.”

But Vermonters for Justice in Palestine said on Monday the decision doesn’t go far enough. The group released the following statement:

“By maintaining a presence in Israel, Ben & Jerry’s continues to be complicit in the killing, imprisonment and dispossession of Palestinian people and the flaunting (sic) of international law."

The contested Israeli settlement communities sit on territories Israel captured from Jordan during the 1967 Six-Day war. Israel captured eastern Jerusalem and considers it part of its unified capital, and the West Bank as disputed territory whose status should be resolved through negotiations. Palestinians seek the West Bank as part of their future independent state with eastern Jerusalem as their capital.

Today, some 700,000 Israelis live in settlement communities in the territories. The international community views these settlements as illegal under international law and obstacles to peace.

The anti-Israel BDS movement, which advocates for boycotts, divestment and sanctions against the Jewish State, applauded Ben & Jerry’s decision as “a decisive step towards ending the company's complicity in Israel's occupation and violations of Palestinian rights,” but called upon the company to do more.

“We hope that Ben & Jerry's has understood that, in harmony with its social justice commitments, there can be no business as usual with apartheid Israel,” a statement read.

The Yesha Council, an umbrella group representing about 500,000 Israelis living in settlements, called on Israelis to boycott Ben & Jerry’s.

“There’s no need to buy products from companies that boycott hundreds of thousands of Israeli citizens because of the place they choose to live,” the council said, adding that Ben & Jerry’s decision “brought a bad spirit to such a sweet industry.”

Israeli Minister of Foreign Affairs Yair Lapid said Ben & Jerry’s decision “represents a shameful surrender to antisemitism” and urged the US to take action against the ice cream company.

“Over 30 states in the United States have passed anti-BDS legislation in recent years. I plan on asking each of them to enforce these laws against Ben & Jerry’s. They will not treat the State of Israel like this without a response,” Lapid tweeted.

The ice cream company’s announcement sparked a clash between the Ben & Jerry’s board and its parent company Unilever.

The board’s chairman Anuradha Mittal told NBC News that while it had been pushing for years to withdraw its ice cream from Israeli settlement communities, the board intended to release a different statement than the one Unilever put out. The statement the board wanted to release made no mention of continued sales in Israel – a decision that Mittal said would require board approval.

Mittal said Unilever released the statement announcing Ben & Jerry’s withdrawal from the territories but continued sale in Israel against the wishes of the board and in violation of the legal agreement it made when it purchased the company in 2000.

Mittal did not rule out continuing to do business in Israel with a different distributor but said that decision would have to be made by the board.