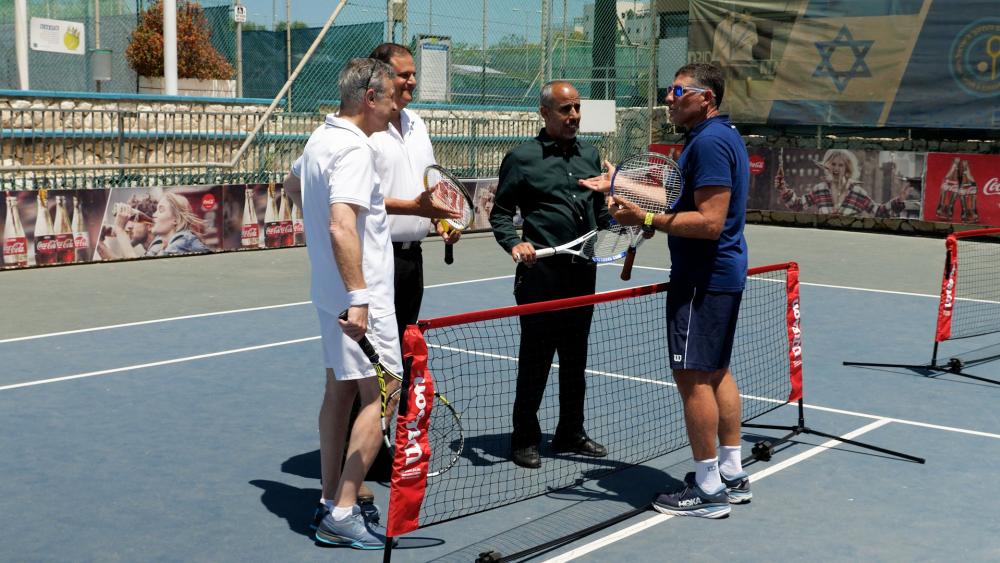 Violence between Israeli Arabs and Jews flared recently in a way that rocked the country. There is hope though as one group seeks to bring Jews and Arabs together in a unique way for a shared future.

Ian Froman is an Israeli Jew from South Africa. Fayez Abu Shouhaiban is the Mayor of the Bedouin Israeli city of Rahat. What’s bringing them together? Tennis.

“Israel is a melting pot for people from all over the world. And here, you’re bringing them together in a sport that is for everyone,” Froman said, who is co-founder of the Israel Tennis and Education Centers or ITEC and was ITEC’s first Executive Director.

CBN News was invited to The Israel Tennis and Education Center, in Ramat HaSharon recently for an Arab-Jewish Leadership training day, as the kickoff event for ITEC’s new Abraham Project.

The ITEC center in Ramat HaSharon was the first of more than 15 and was established there 45 years ago.

Froman said the event is the fulfillment of a dream with Israeli citizens Arabs and Jews coming together not just to co-exist but to work together for a better future.

“This is one of the greatest days I’ve spent almost ever because when we started this tennis facility, the idea was to reach as many children as we could,” said Froman, a former Davis Cup player.

“To see that being a facility for children it now has really encompassed both Jewish kids, Arab kids and of course all other kids. And that was the motivation for doing that,” Froman told CBN News.

“It’s a very exciting event for me as the head of a municipality. It’s the first time I’m visiting at an Israel Tennis Center. I was greeted by many people who feel very warmly toward the residents of our city,” Abu Shouhaiban told CBN News.

The mayor and Rahat city council members were invited to ITEC for a day of sharing, food and fun – with the aim of finding a way to help the young people in Rahat.

“My vision for Rahat, is to have a sport city. We have 75,000 residents. There are many children. The education system has 25,000 children, many schools, many pre-schools but I want to launch them into sports, because sports give them room to breathe, gives them everything and makes them smile in the end,” Abu Shouhaiban shared.

But why tennis? Abu Shouhaiban and his team hit the courts to find out more.

“Sport in and of itself is a language – the language of patience, the language to love the other, to compete against one another, but to respect the other,” Abu Shouhaiban said.

“I see a great opportunity here to build bridges between the cultures and I feel that tennis is the best game to build this bridge,” Moralli said.

“Tennis educates you to respect one another, to complement each other. It’s a different game. There’s a lot of respect in working together.  I feel that this is what we, the Israeli society is lacking,” Moralli told CBN News.

Moralli, who has been coaching for decades, explained his guiding principles.

“The first thing that I teach my players is to give 100 percent effort in what they do, to be 100 percent positive in what they do, to focus on specific goals, not on the winning or the losing part, to enjoy the process and to complement the opponents.  By doing those things, you know, you develop the talent to succeed in this sport,” Moralli said.

Moralli’s family has a long history with tennis.  His great grandfather joined the British army, became an officer and served in Egypt.  Because he had a tennis background, he coached King Farouk’s daughter.

“He told me about his experiences as a coach and then I was hooked by that, by this sport,” said Moralli, who started playing tennis when he was six.

Alam Ibrahimi is Manager of the ITEC Sajur Center (in northern Israel), and Coordinator of the Abraham Program for Arab-Jewish Partnership working with Israel’s Arab communities.

“When players play one against the other so each one throws the ball, bats the ball to the other side. The same player that receives the ball needs to return the ball to defend what he has,” Ibrahimi explained.

“And as such, it teaches the child how to be responsible, independent, know how to protect his personal interests, for the greater good,” Ibrahimi told CBN News.

Ibrahimi says when children in Rahat finish school in the afternoon, there aren’t any activities for them.

“So the Tennis Center came and offered a hand and sees that they are a partner in influencing the population and producing children that are good for society,” he said.

Born and raised in Rahat, Abu Shouhaiban was first a teacher and principal. He says especially now sports can be a bridge-builder between Arabs and Jews.

“The added value especially in this period, at this time that we all went through as citizens of Israel, is to join hands together.  There’s no other place for us to live. We have to live together, to speak the language of sport, it’s a language of everyone not a language of another race or religion,” Abu Shouhaiban added.

The day wrapped up with a heart-to-heart roundtable discussion.  Froman says they plan to build a Tennis Center in Rahat.

“There’s a partnership here that has developed between the city of Rahat and the Tennis Centers and so it really is the beginning of what I think is going to be a tremendous era of getting together, learning to live together, using tennis as the medium in which to do so,” Froman said. 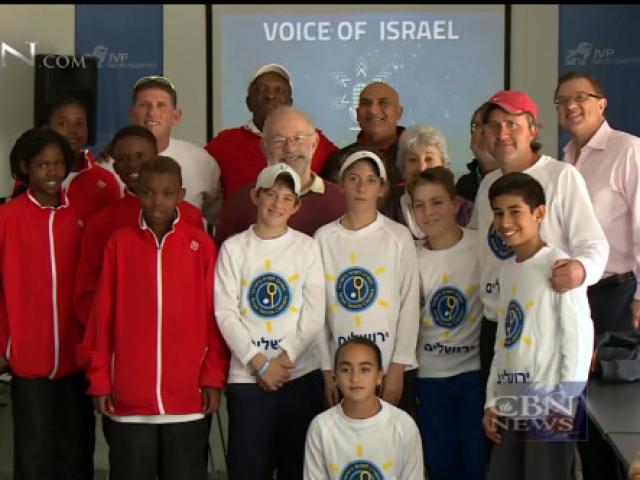