Meet the Israelis Fulfilling the Biblical Command to Love the Widow, Orphan 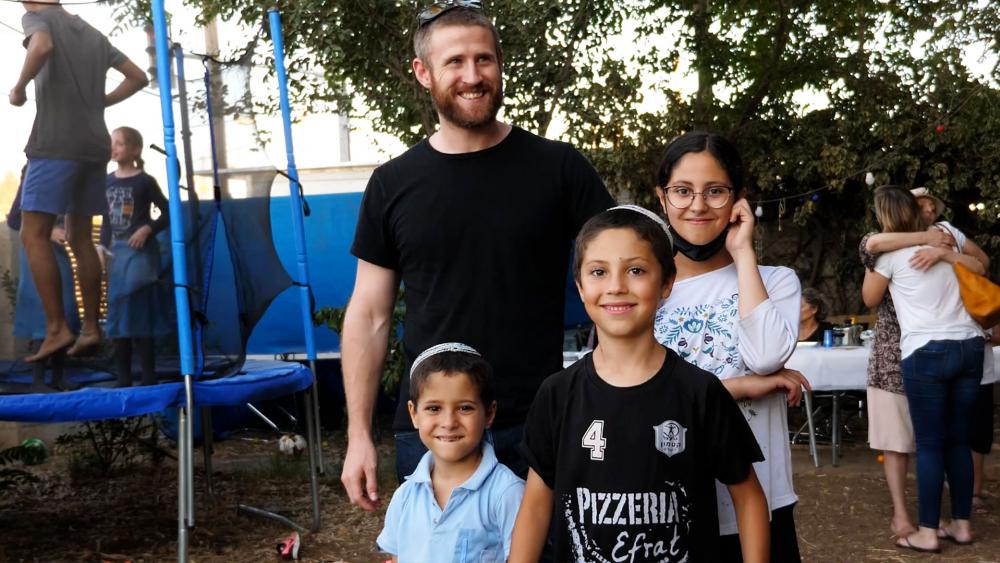 The premature death of a spouse threatens the stability of a family and leaves a gaping emotional hole for the surviving wife or husband.  An Israeli organization is reaching out to these families using the Bible as their guide.

It’s called “Amitsim,” which in Hebrew means the brave.

The goal of Amitsim is to fulfill the biblical mandate to embrace and strengthen the widows and orphans. About 12,000 families in Israel have suffered the death of a parent.

Once a week, volunteers bless these young widows and orphans by sharing meals and playing games.

“What we do here is what God says in Exodus 22. Listen, hear the voice of the orphan and the widow. And God says, ‘I hear their voice, you listen to their voice,’ and it’s our obligation,” rabbi and politician Yehudah Glick told CBN News.

Hadas Glick began this effort several years ago. Her husband died in 2001 from a stroke. Yehudah’s wife died in 2018 and later he and Hadas re-married. Now, this former widow and widower reach out to these families in need.

“We understand how strong of a power and effect a father means to his children…a mother means for her children. And so, we come to give a hand and the strengthen. But not to replace.”

Netanel has been a widower for three and a half years.

“I quickly understood that this is a place where they spoil us,” he told CBN News. “You know, you have good fruit and food cut out for us. You don’t have to work because we’re on 24/7 when you’re raising three children on your own. You don’t get anytime to rest. And I can sit down and my kids wouldn’t be on top of me. And then I found it just wasn’t place I could rest and it was a place I could be among peers, among people who have had a similar experience to mine which provides a sort of safety.”

Linor is a mother of two children. Her husband passed away two years ago. She says coming to Amitsim gives her the “opportunity to mix with other people who went through what I went through, and I get to talk to them and I get to open my heart to them. And my children enjoy coming here…it’s really like a home to us.”

“We come every Wednesday. We meet the people. We know them. We know their names,” one volunteer said.

For these families, it helps to know that Hadas and Yehudah clearly know the devastating loss of a spouse.

“When we see these orphans and widows, you sit around and talk to them, they’re alone,” said Yehudah. “No one remembers them.  Here’s somebody who’s caring for them and remembering them and it gives them strength and you can’t believe how then they go back home and they’re like a new person.”

“We realize when you don’t have a father or don’t have a mother, the home needs support,” Hadas added. “What we’re doing here is making a new concept rebuilding the Torah words into reality.”

They look to the prophet Isaiah, who said in Isaiah 1:17, “Learn to do good, seek justice, strengthen the bitter, perform justice for the orphan, plead the case of the widow.”

Glick feels the goals of Amitsim goes hand in hand with the Shalom Jerusalem Foundation he founded. It seeks to build up Jerusalem and increase Jewish access to the Temple Mount.

Hadas and Yehudah hope to establish ten centers like this one throughout Israel.