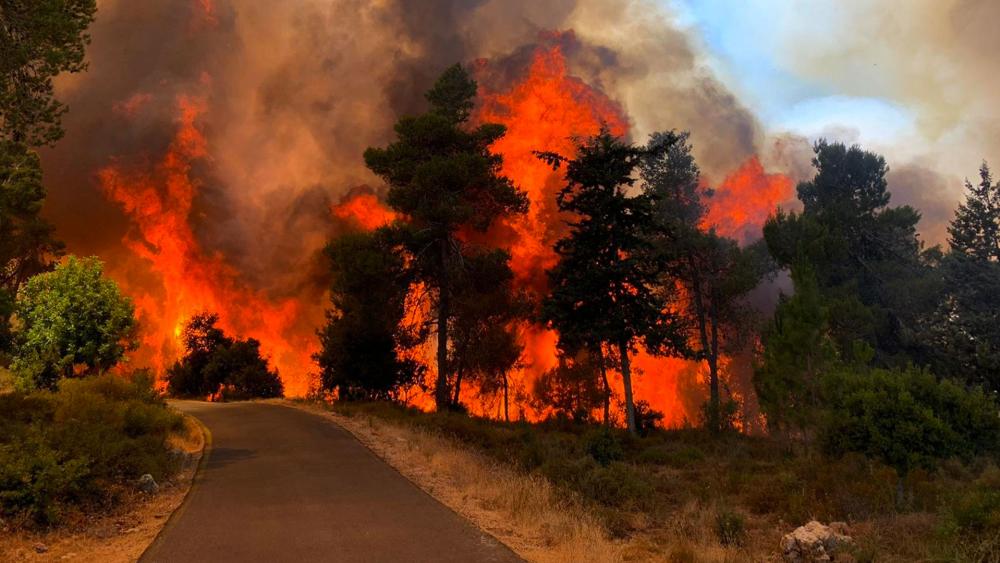 JERUSALEM, Israel – Firefighters in Israel have successfully contained several major wildfires in the Jerusalem area that forced some local residents to temporarily evacuate their homes on Wednesday.

The fire began in the hills surrounding Jerusalem on Mount Haruach and quickly spread to the communities of Ma'ale Hahamisha, Abu Ghosh,  and Neve Ilan. The fire also spread to nearby Mount Eitan.

UPDATE AND CALL FOR PRAYER: A massive fire is threatening homes in an Arab town and a community where many believers live. “The fire is closing in on homes in Abu Ghosh and Yad Hashmona,” the fire authority said. pic.twitter.com/qMqeXm0kJW

More than 70 teams of firefighters and 10 planes battled the flames, which forced several roads and highways to close. Firefighters from the Palestinian Authority also helped bring the fire under control, Ynet news reported.

"We have taken control of the fire after great effort. We have managed to contain the fire in Ma'ale Hahamisha and stopped the danger to the other communities. We are currently engaged in fully extinguishing the fires," Dedi Simchi, head of the National Fire and Rescue Authority, told Israeli media.

One local resident who lives in the Judean hills described what he saw.

“I raced toward the fire to see what was happening,” he told the Walla news site. “There was a large flame and smoke… when I got closer I was scared it would reach me and I quickly turned around. It very quickly became a huge fire.”

Police are investigating the cause of the fire. Dry heat could have sparked the blaze but Israeli fire officials have not ruled out the possibility of arson, The Jerusalem Post reports.