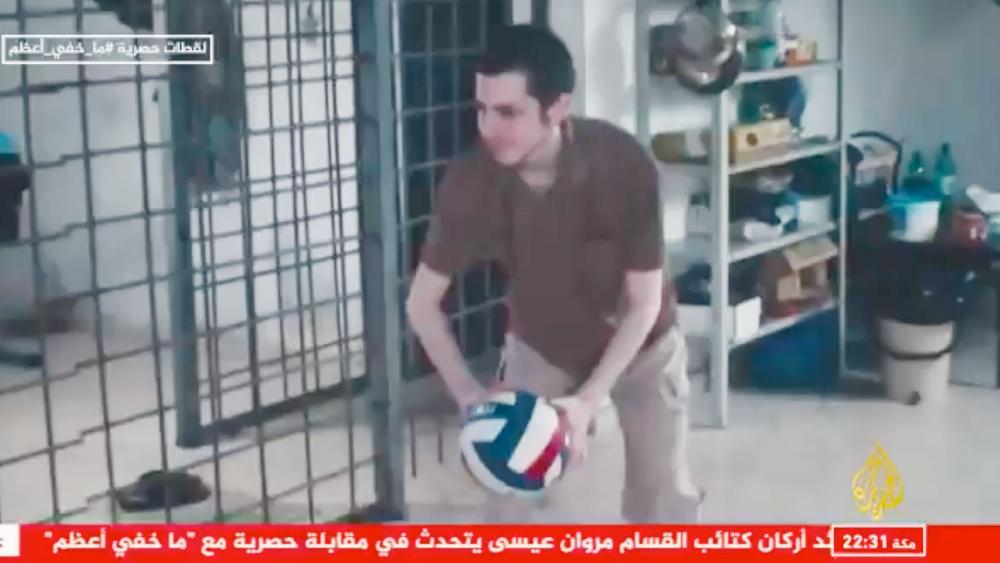 JERUSALEM, Israel – The Hamas terror group that governs Gaza released new footage of a former Israeli soldier who was held captive for 5 years. The group also released audio of a person claiming to be an Israeli soldier in captivity now.

Al Jazeera aired the footage on Sunday and shows Gilad Shalit during his time in captivity in Gaza. Shalit was captured by Hamas during a cross-border raid and was imprisoned by the terror group between 2006-2011. He was eventually freed during a prisoner exchange, where Israel released 1,027 prisoners in exchange for Shalit.

The footage shows Shalit tying his shoelaces, working out in his prison cell, getting a shave, and playing with a ball during captivity.

The report also included audio of someone who self-identifies as “an Israeli soldier,” being held captive by Hamas. The unnamed voice “wonders if and hopes that the State of Israel still exists. And if so, I wonder whether the leaders of the country think of its captured soldiers and are concerned with their release.”

Israel’s Channel 12 News said defense officials are trying to determine if the voice on tape is Mengistu, but his mother said she is certain the voice is not her son’s.

“I can say unequivocally that it’s not my son, that’s not his voice,” Agarnesh Mengistu told Israel’s Kan public broadcaster. “I’m waiting for my son and I hope to see him soon as I have been promised.”

Israel’s government coordinator for prisoners and missing persons dismissed the recording as “cheap and transparent manipulation” by Hamas.

"Hamas is in distress after the heavy blows it received in Operation Guardian of the Walls (last month's war) and is attempting cheap and transparent manipulation here," Blum said.

"Israel is well aware of the plight of the sons Hadar Goldin and Oron Shaul, may their memories be blessed, and of the two citizens Avera Mengistu and Hisham al-Sayed who crossed the border still alive," Blum said.

The footage and audio came amid indirect negotiations between Israel and Hamas about the return of Israeli prisoners in the Gaza Strip. Israel wants the rebuilding of Gaza following last month’s war to be directly linked to the return of captured Israelis. Egypt is mediating the talks.

"We have bargaining chips to complete a respectable prisoner exchange deal, and the inmates are the most important thing that is now on the table," Hamas military official Marwan Issa told Al Jazeera.

An unnamed Israeli defense official told the Walla news site that negotiations "haven't stopped" but are being delayed by Israel’s political uncertainty.