Blinken: Israel, US May Not Agree on Tactics, But Have Same Objectives Regarding Iran 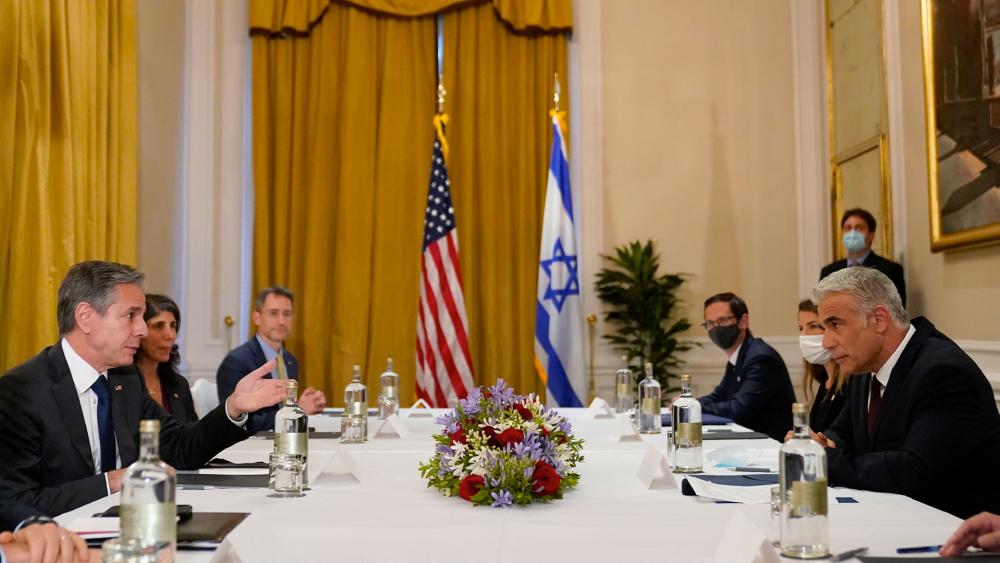 Israel’s new Foreign Minister Yair Lapid met with US Secretary of State Antony Blinken in Rome on Sunday.  At the top of their agenda were discussions regarding Iran.

“Mr. Secretary, I know we can count on you.  We will have disagreements, but they are not about the essence, they are about how to get there. We want the same things; we sometimes disagree about how to achieve them,” Lapid said in opening remarks at the start of their meeting.

The current Israeli government headed by Prime Minister Naftali Bennett is opposed to the Iranian nuclear deal. President Obama signed the deal in 2015 but President Trump withdrew the US from the deal in 2018.  Now, the Biden administration is in talks with Iran to return to the deal, known as the Joint Comprehensive Plan of Action (JCPOA).

“Israel has some serious reservations about the Iran nuclear deal being put together in Vienna,” Lapid said.

Nevertheless, he said, Israel believes “the way to discuss those disagreements is through direct and professional conversations, not in press conferences.” Former Prime Minister Benjamin Netanyahu openly clashed with the Obama administration over the nuclear deal.

In his opening remarks, Blinken said that the US-Israel relations are founded on “shared values and shared interests,” and he said that President Biden feels “very strongly” about “a deep, enduring, abiding commitment on the part of the United States to Israel’s security.”

“We have the same objectives, but sometimes we differ on the tactics, and I think we are very clear and direct with each other when that is the case, and that is exactly the way it’s supposed to be,” Blinken said in regards to Iran.

Lapid noted that both he and Blinken represent “new administrations” but also “represent a very long and strong tradition of close friendship and cooperation.

Lapid also referred to the bi-partisan support for Israel in Congress that has waivered some in the last few years.

“In the past few years mistakes were made. Israel's bi-partisan standing was hurt. We will fix those mistakes together,” Lapid said.

Lapid said he had spoken with both Democrat and Republican leaders in the past few days and reminded them of the bond between Israel and America.

“I reminded them all that Israel shares America's most basic values – freedom, democracy, free markets, the constant search for peace,” he said, and noted that Secretary Blinken was a great friend and partner of Israel’s in “the struggle for those values.”

“Like me, he grew up in the home of a Holocaust survivor, who always said that the world has a responsibility to ensure Israel's peace and security,” Lapid said.

Lapid, who met with his Bahraini counterpart, Dr. Abdullatif bin Rashid Al Zayani, following his meeting with Blinken, thanked the US for “its support for

Israel’s normalization efforts in the region.”

“In a couple of days, I will make the first official visit by an Israeli minister to the United Arab Emirates,” Lapid said.

“That visit will be historic and I hope it will be the first of many. I look forward to working with you to widen the circle of peace in our region. That is the best way to bring stability and prosperity to the Middle East,” Lapid said.

Blinken referred to the recent agreements between Israel and Muslim states as the Abraham Accords, a departure from the Biden administration norm, and said he hoped there would be more.

But, he added, that “as vital as they are, they are not a substitute for engaging on the issues between Israelis and Palestinians that need to be resolved.”

Lapid said they were also discussing “strengthening our ability to defend ourselves, working to minimize conflict between us and the Palestinians, while making life better for Israelis and Palestinians alike.” 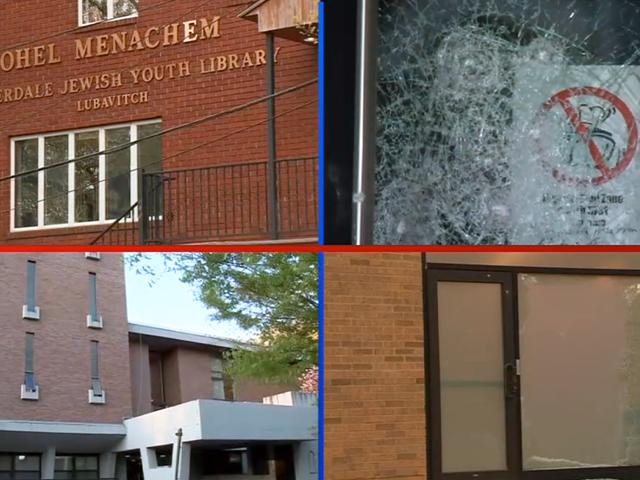 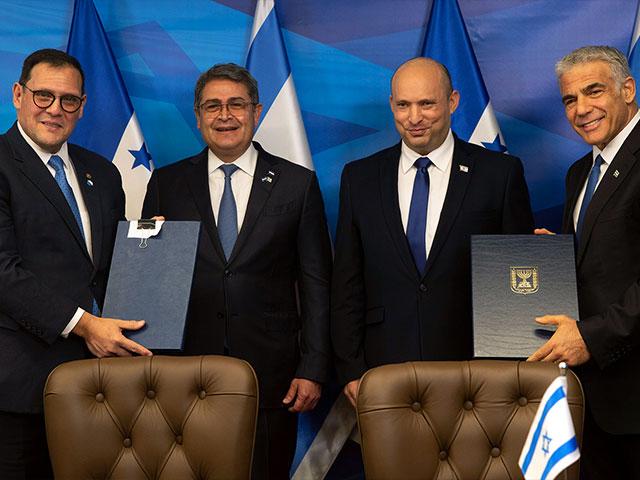