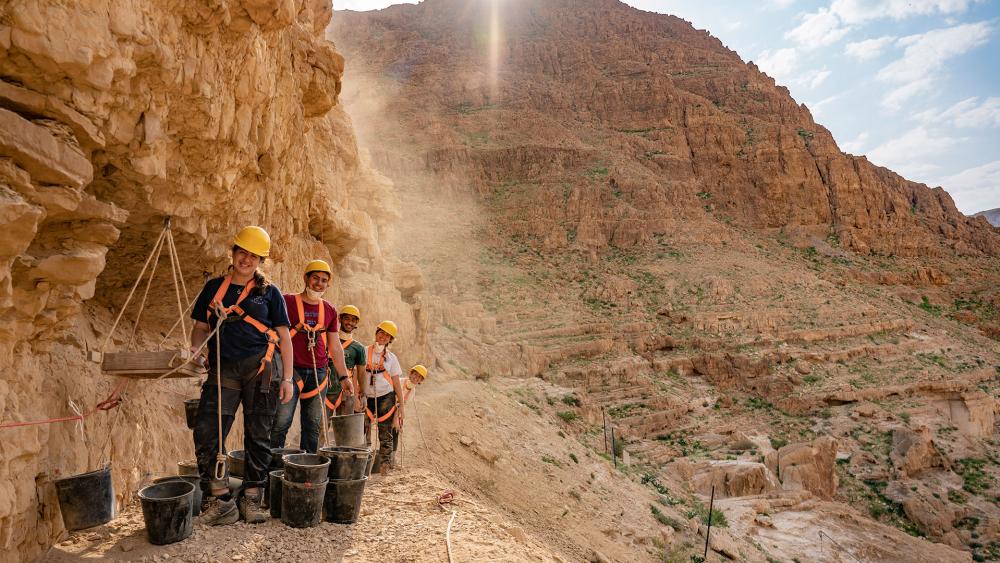 The Israel Antiquities Authority (IAA) announced on Tuesday that it has recovered dozens of fragments of a biblical scroll for the first time in about 60 years in what was described as a “complex and challenging national archaeological operation.” 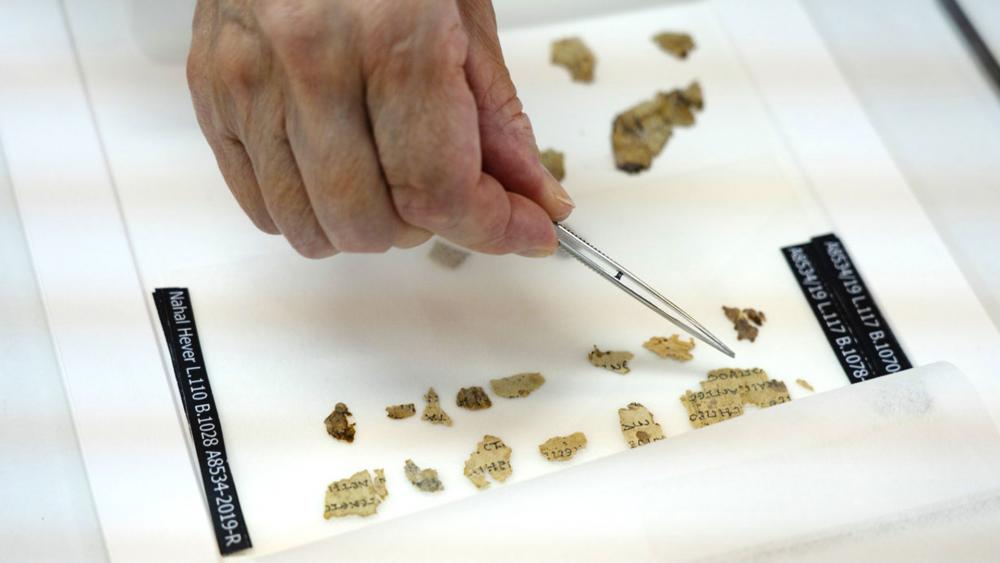 The “new” Dead Sea Scroll fragments, include portions from the Book of 12 Minor Prophets, including the books of Zechariah and Nahum.

“These are the things you are to do: Speak the truth to one another, render true and perfect justice in your gates. And do not contrive evil against one another, and do not love perjury, because all those are things that I hate—declares the Lord.” That passage from Zechariah 8:16-17 is one example of a text that was found.

Despite the fact that most of the text is in Greek, the name of God appears in ancient Hebrew script, known from the times of the First Temple in Jerusalem.

The scroll is believed to have been hidden there during the Jewish revolt against the Roman Empire nearly 1,900 years ago.

In a massive national operation to prevent looting, archaeologists and volunteers retrieved the fragments from the Cave of Horror by clinging to ropes. 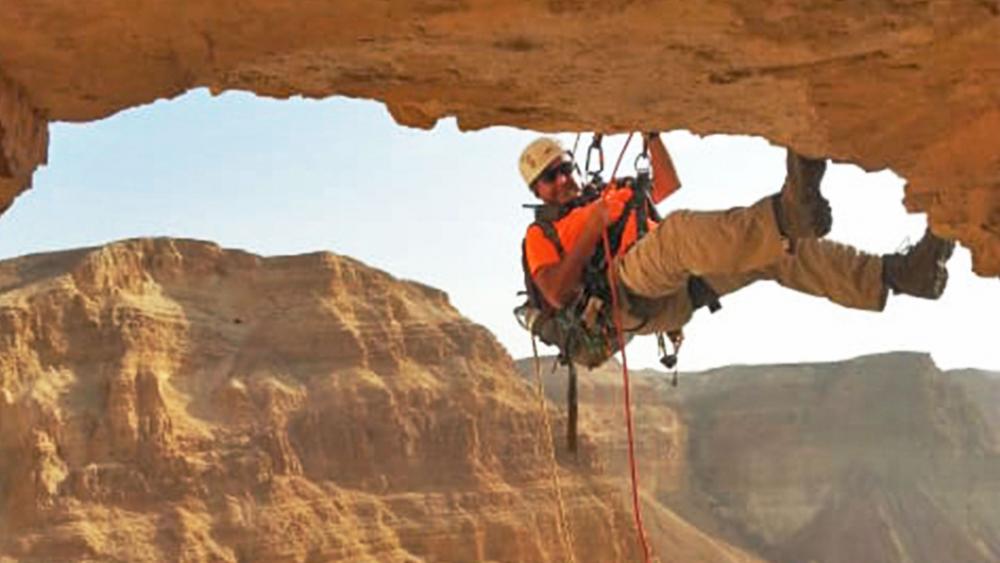 “For years we chased after antiquities looters. We finally decided to pre-empt the thieves and try to reach the artifacts before they’re removed from the ground and the caves,” said Amir Ganor, head of Theft Prevention for the IAA.

Since 2017, the IAA in cooperation with the Civil Administration in Judea and Samaria and funded by the Ministry of Jerusalem Affairs and Heritage have been pro-actively surveying the caves to retrieve antiquities from the Judean Desert.

“The aim of this national initiative is to rescue these rare and important heritage assets from the robbers’ clutches,” said IAA director Israel Hasson, who launched the national operation.

Hassan said the scroll fragments are a “wakeup call to the state” that it must allocate resources to complete “this historically important operation.”  He said they need to ensure that all the data is discovered and recovered before the robbers find it.

“The desert team showed exceptional courage, dedication, and devotion to purpose, rappelling down to caves located between heaven and earth, digging and sifting through them, enduring thick and suffocating dust, and returning with gifts of immeasurable worth for mankind,” Hasson said in a statement. 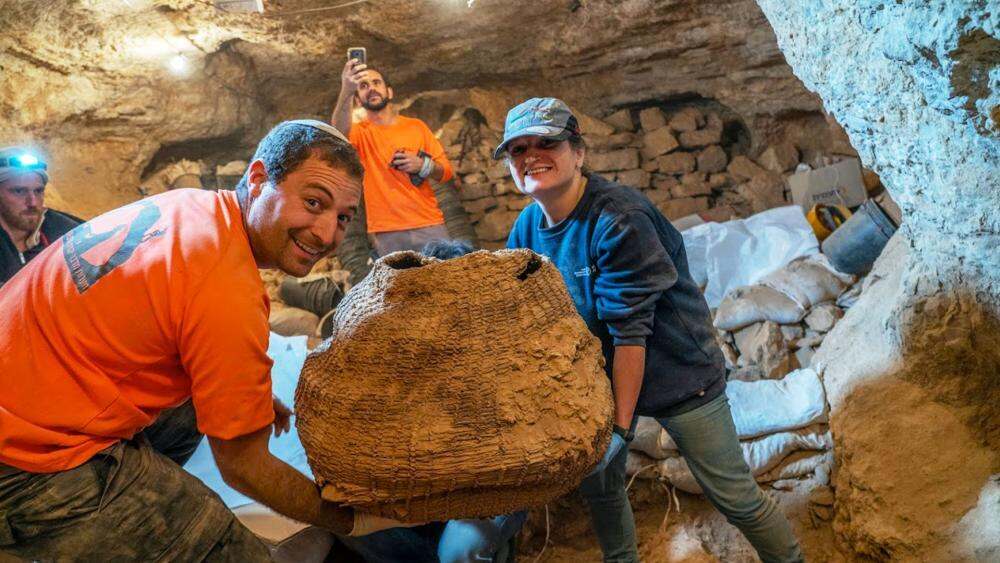 Archaeologists also discovered a hoard of coins from the time of the Jewish Bar Kokhba revolt; a 6,000-year-old partially mummified skeleton of a child and a well-preserved more than 10,000-year-old basket, which may be the oldest intact basket in the world.

About 80 kilometers (nearly 50 miles) of caves have been surveyed so far using drones, rappelling techniques and mountain climbing equipment, the IAA said. Archaeological excavations were conducted in certain caves including zoological and biological aspects.

Dozens of youths and other young people in pre-military programs participated in the archeological excavations.

The Dead Sea Scrolls, first discovered more than 70 years ago, are the oldest known copies of the Bible. The climatic conditions inside the caves preserved the ancient and precious objects. As such, they have always been targeted by looters.

As early as the late 1940s they were aware of the “cultural heritage remains of the ancient population of the Land of Israel with the first discoveries of the Dead Sea Scrolls,” Hananya Hizmi, Head Staff Officer of the Archaeology Department of the Civil Administration in Judea and Samaria, said in a statement.

“Now, in this national operation, which continues the work of previous projects, new finds and evidence have been discovered and unearthed that shed even more light on the different periods and cultures of the region,” Hizmi said.