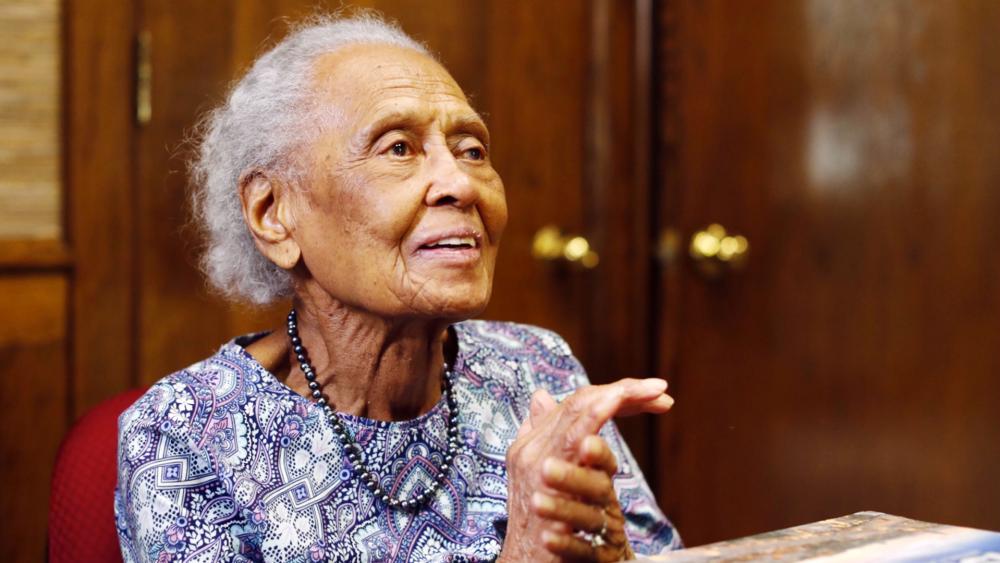 JERUSALEM, Israel – For 101-year-old Romay Davis from Montgomery, Alabama, visiting Israel was a dream of a lifetime. But with Israel’s borders closed for more than a year during the global pandemic, tourists haven’t been coming to the Holy Land.

The dream of visiting Israel recently came true for Davis but instead of coming in person, she came virtually with the help of the Tower of David Museum in Jerusalem.

“The AARP contacted us here at the Tower of David [and] have been working with virtual reality and augmented reality in the innovation lab and asked us if we could create an experience that would work for Romany and let her visit Jerusalem,” said Caroline Shapiro, the Tower Of David’s Director of International Public Relations.

The AARP, the Tower of David Museum, and Israel’s tourism minister joined Davis on a zoom meeting connecting Denver, Toronto, Alabama and Jerusalem.

“On behalf of the Israeli people and the Israeli government, welcome to Israel,” Orit Farkash-Hacohen, Israel’s tourism minister, said. “Even if you’re not going to [be] here physically, you’re going to go through a tour in the holiest city, in one of the holiest cities in the world.” 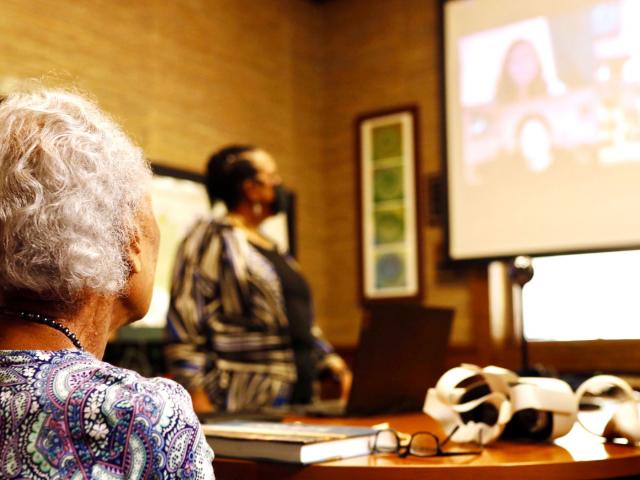 That’s when Davis got to see Israel up close with the Tower of David Museum’s virtual reality innovation lab.

“Once you put on the headset, you’ll be able to almost feel like you were taken to Jerusalem… as if you were standing there,” said Nimrod Shanit, director at Holy City VR.

Local volunteers helped Davis with the headset, and she got to come to Jerusalem by watching the virtual reality movie called “The Holy City.”

“I wanted to stay. I didn’t want it to quit,” Davis said after watching the movie. “The wall and seeing the people…I wanted to touch the people. I enjoyed it like you have never enjoyed anything that you have enjoyed in your life. I’ve never seen anything like it.” 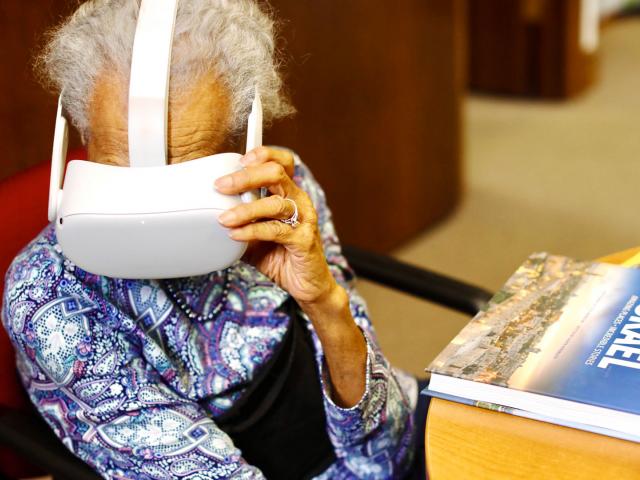 Her favorite part? The prayers.

“I was watching people pray. If you look at it for a long time, you’d think it was real and you can put your hand on the people, on the brick and touch the artifacts. It has been a marvelous, marvelous experience and some questions have been answered and I have seen how people work together,” said Davis.

The museum also loved meeting Davis, who is a World War II veteran, a former model, taekwondo black belt at age 70 and still on staff at the Winn Dixie grocery store in Montgomery, Alabama.

“It was so exciting to see Romay,” Shapiro said. “It’s hard to understand before you’ve done something in virtual reality that you feel as though you’ve been there. And we could see Romay reaching out and trying to touch different things that she was seeing.”

“I hope that once the skies open, we will be able to see [tourists] coming,” she said. “And then I promise that when you come, we will host you personally. And we will show you Jerusalem and all the holy places.”