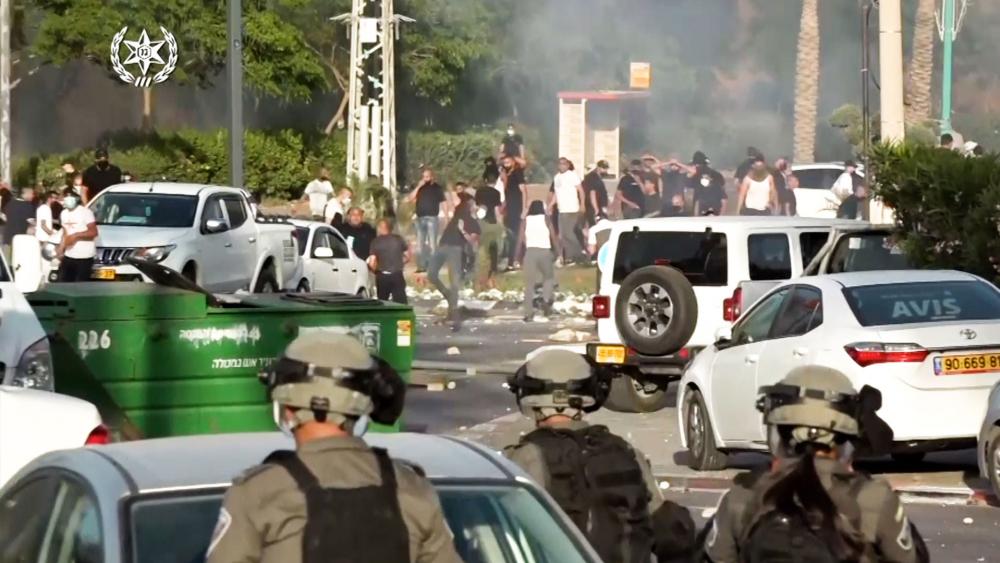 Most of the attention from the escalating conflict between Israel and Hamas focuses on rockets fired from Gaza and the military response. On the ground, however, some fear a greater scourge taking place and that’s the growing violence between the nearly two million Arab living in Israel and Jewish Israelis throughout the country.

Disturbances and rioting in Israel’s major cities are the worst in decades.

Rosenfeld says authorities have used only non-lethal methods to control the violence.

“It’s come from the Israeli Arab community, who have attacked police officers, burned vehicles. Tens of vehicles of civilians have also been burn in the different cities,” Rosenfeld told CBN News.

Rosenfeld said the incidents began in Jerusalem’s Old City during the Muslim’ holy month of Ramadan, which ended last week.

“But unfortunately, the local residents, local communities, local individuals, the majority of the youngsters have taken to the streets. We’ve made over 950 arrests across the country and 255 police officers have been injured in the violence since the last two weeks,” he said.

In the initial violence, Arab rioters attacked Jews and set three synagogues and shops on fire. The violence also prompted Jewish self-defense and revenge attacks, such as one that was caught live on Israeli television of an Arab driver being pulled from his car and brutally beaten.

“The majority of those [Jews] being individuals with criminal records were taking to the streets and defending themselves as well. Unfortunately, there were one or two incidents that took place where they beat up people in the streets, which is absolutely unacceptable,” Rosenfeld said.

“This is home to us all, and we protect our home. Not with clubs and knives, not with stones and firearms that sow destruction and ruin, but first and foremost by maintaining law and order which are the most basic guarantors of personal safety, for life,” Rivlin said.

The religious leaders agreed that they wanted to work together to restore calm to their city.

“We had three awful days here, and we are still traumatized. Our town is a special place. A place where we live and where coexistence is not just a slogan. Here, we live shared lives, have been working on it for years, and can see the results,” said Rabbi Yosef Yashar, the Rabbi of Akko.

“If we allow every external force to rock the boat, we may as well shut up shop. If we don’t steady the ship, take responsibility, Akko will become a disappointment, not a success. We all have something to lose. Violence cannot be an option, not ever, not for anything,” said Rabbi Ahikam Getz, head of the Avner pre-military academy in Akko.

“I hope that we can get things back to normal. We will bring calm back to Akko. The people here have worked very hard, invested a great deal in stopping the violence. As the Rabbi said, Akko is a place where you feel the calm and the coexistence,” said Sheikh Yusef Abu Zarhar, the Imam of the Sheikh Mosque Samir A’asi.

Arrests are ongoing and Rosenfeld hopes the situation calms down so police can decrease the number of officers on the ground.