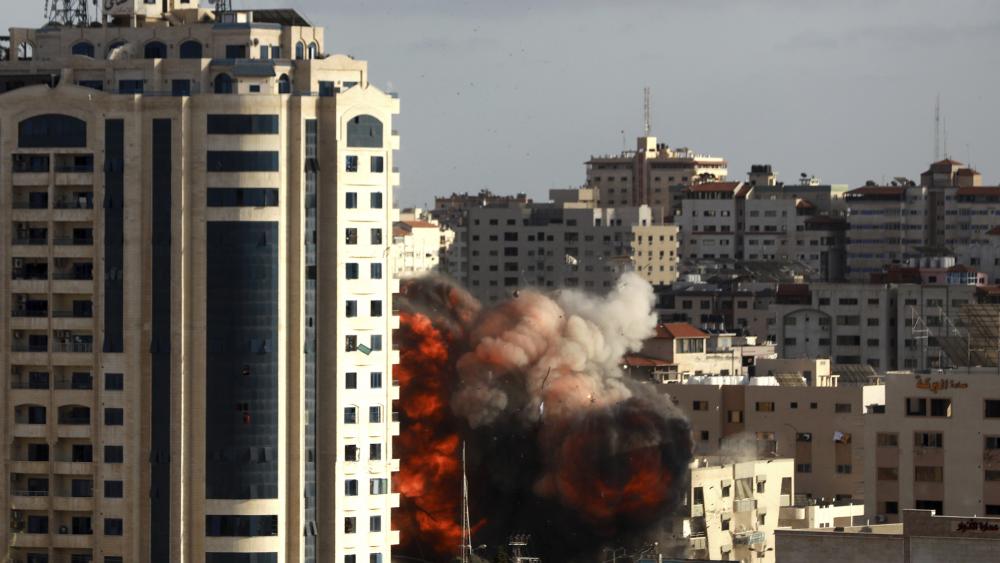 JERUSALEM, Israel – Israel unleashed a new wave of airstrikes on the Gaza Strip Tuesday morning as the fighting between Israel and Hamas rages on for the second week. There was a rare pause in rocket fire overnight, but Gaza terrorists resumed their attack on Israeli civilians Tuesday at dawn, the Israeli military said. There were no immediate reports of injuries or casualties.

On Monday, Israel carried out heavy airstrikes on terror targets in the coastal enclave, destroying the homes of nine Hamas commanders and miles of underground tunnels built by the terror group. Terror groups in Gaza also continued to fire barrages of rockets and mortars at Israeli civilians. 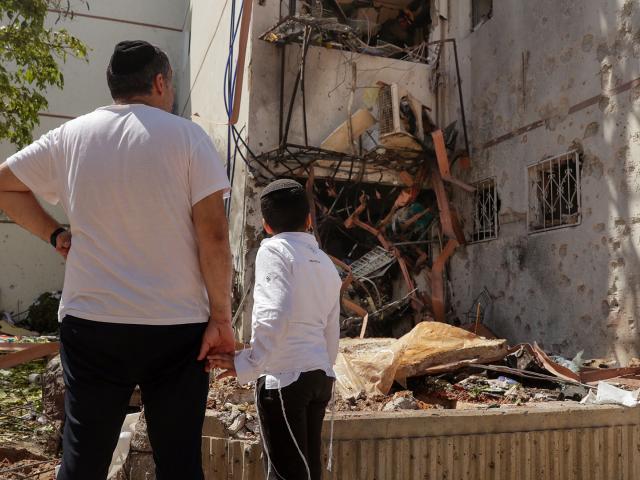 People look at a residential building after it was hit by a rocket fired from the Gaza Strip, in Ashdod, southern Israel, Monday, May 17, 2021. (AP Photo/Maya Alleruzzo)

International calls for an immediate ceasefire are growing.

US President Joe Biden spoke with Israeli Prime Minister Benjamin Netanyahu Monday evening and “expressed his support for a ceasefire,” the White House said. Biden “reiterated his firm support for Israel’s right to defend itself against indiscriminate rocket attacks” and urged Israel to “make every effort to ensure the protection of innocent civilians,” according to a White House readout.

The Biden administration has not given Israel a deadline to reach a ceasefire, an Israeli official told Axios. 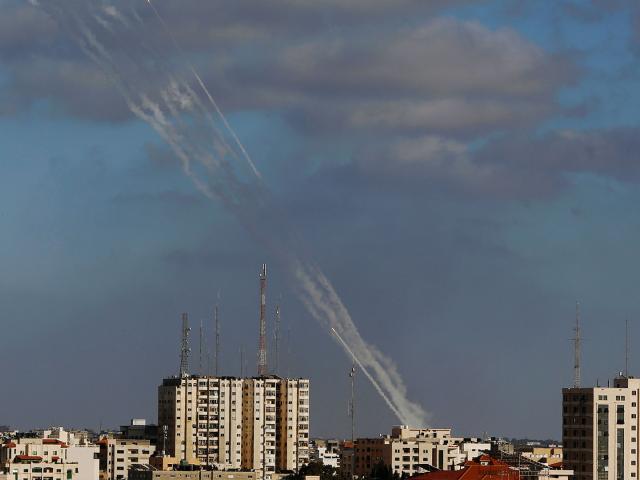 Rockets are launched from the Gaza Strip to Israel, Monday, May 17, 2021. (AP Photo/Hatem Moussa)

Biden’s move falls short of joining Democratic Party demands for an immediate ceasefire, and his support for Israel is raising red flags among a growing number of House Democrats who are questioning Washington’s support for Jerusalem.

House Democrats are reportedly considering delaying the US sale of $735 million in precision-guided missiles to Israel. The Washington Post reported Monday that the Biden administration approved the weapons sale to Israel on May 5 before the current round of fighting began, giving Congress 15 days to object.

The Post reported that Democrats who are critical of unconditional aid to Israel are pressing for more details about the weapons sale.

“Congress must intervene and stop the sale of these weapons,” Rep. Ilhan Omar, a harsh critic of Israel, tweeted.

Meanwhile, the bipartisan American Israel Public Affairs Committee (AIPAC) is urging “members of Congress and the administration [to] unequivocally stand with our ally Israel as it confronts this terrorist threat.”

“There is no moral equivalence between a democratic ally and a designated terrorist organization,” AIPAC said in a statement.

Prime Minister Benjamin Netanyahu said Monday that Israel will “continue to strike terror targets” and will “continue to operate as long as necessary in order to return calm and security to all Israeli citizens.”

At least 212 Palestinians have been killed in the week of airstrikes, with more than 1,400 people wounded, according to the Hamas-run Gaza Health Ministry.

Israel says it does not target civilians and that most of the dead were terrorists or killed by errant rockets that accidentally fell in the Gaza Strip. The Israeli military says it uses a tactic called “roof knocking” where they hit a building with a device to warn people to leave a building that will be targeted. They also call or text the people to get out of harm’s way.

Still, many are concerned about the growing civilian death toll amid the violence. 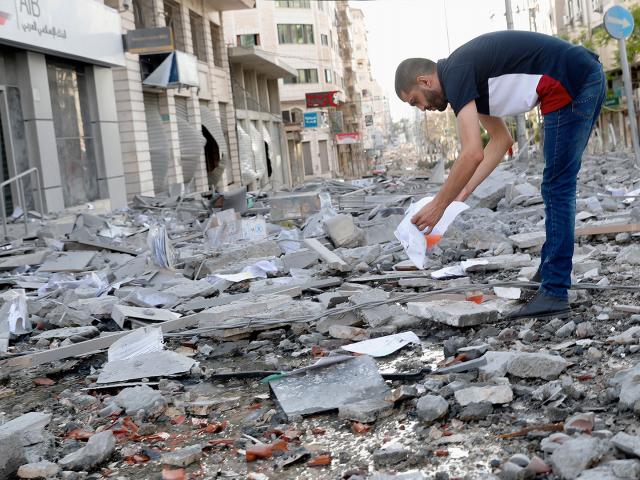 The war broke out on May 10, when Hamas fired rockets at Jerusalem after weeks of clashes in the holy city between Palestinian protesters and Israeli police.

Terrorists in Gaza have launched more than 3,440 rockets at Israel in just one week, marking some of the worst fighting between Israel and Hamas since the 2014 war. Israel says approximately 500 of those rockets resulted in failed launches that fell in the Gaza Strip.

IDF Chief of Staff Aviv Kohavi said on Monday that the fighting will continue for at least the next two days, but will continue “as long as it must.”

“Hamas made a mistake when it conducted that launch eight days ago toward Jerusalem. They didn’t think what happened would happen,” Kohavi said.

Egypt, which has long played a role in brokering ceasefires between Israel and Hamas, is working on one now to end the current round of violence.

A diplomatic source close to Egypt’s negotiations told the Times of Israel on Monday that “we’re close” and a ceasefire should be reached in “two days maximum." 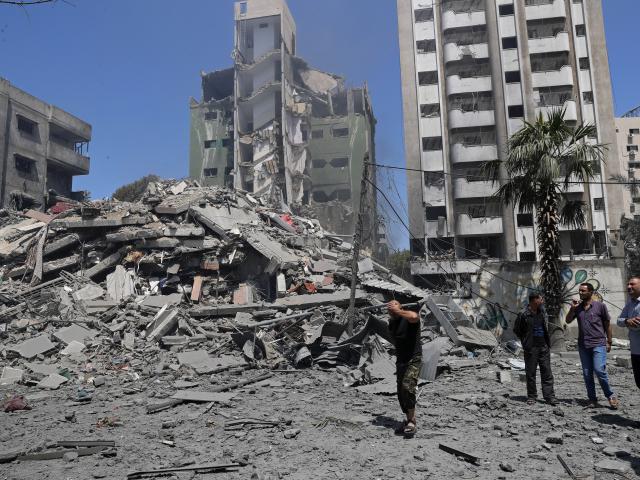 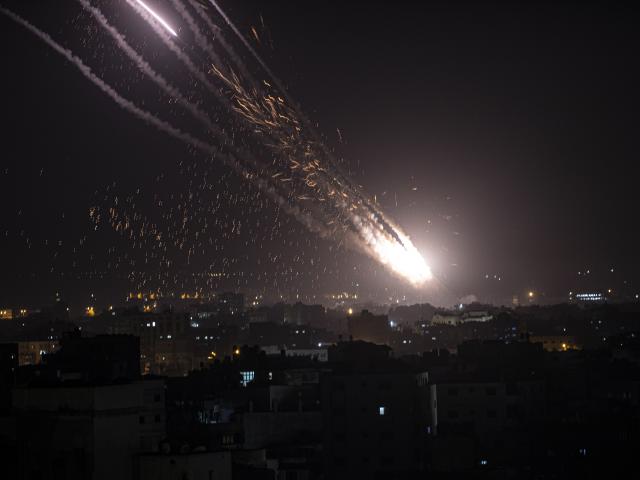 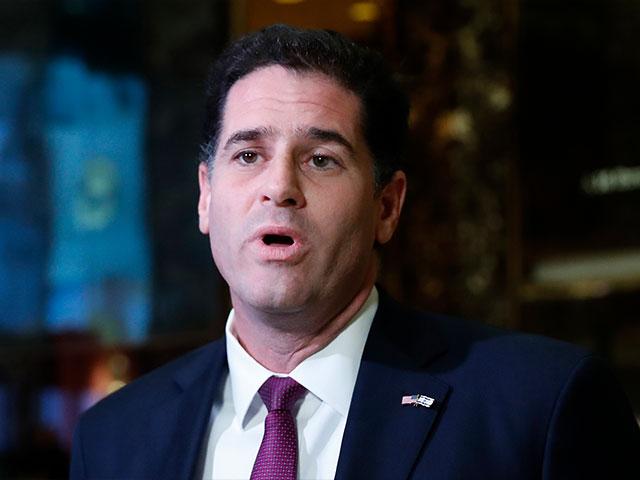 CBN News One-on-One with Ron Dermer, Former Israeli Ambassador to the US on the Israeli-Gaza Conflict
CBN News Email Updates