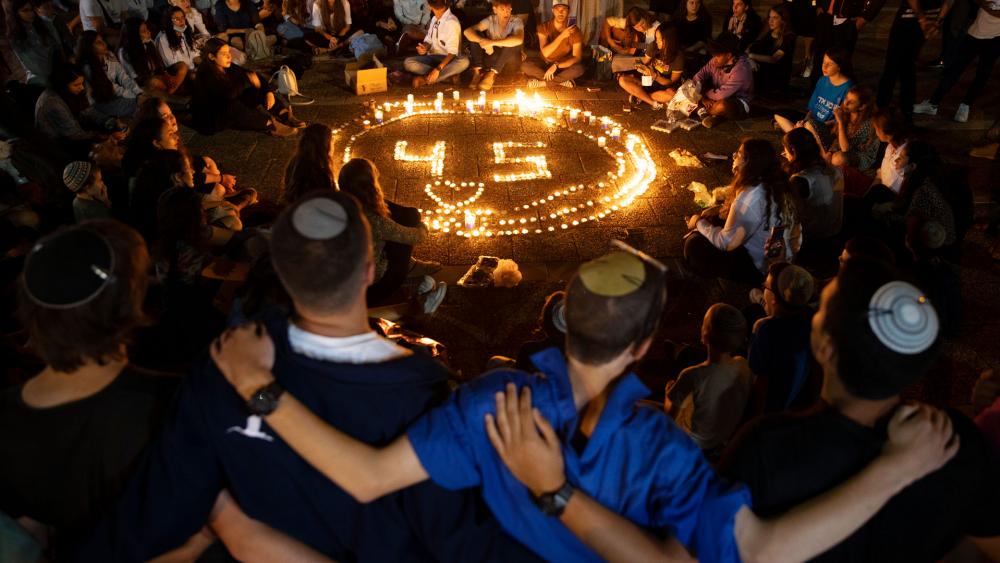 People gather around candles during a vigil in memory of the 45 ultra-Orthodox Jews killed in a stampede at a religious festival in northern Israel on Friday, in Tel Aviv, Israel, Sunday, May 2, 2021. (AP Photo/Oded Balilty)

JERUSALEM, Israel – Flags flew at half-mast and Jerusalem’s Old City walls lit up with a memorial to remember the victims of the stampede that occurred Friday morning in northern Israel.

Prime Minister Benjamin Netanyahu declared Sunday a national day of mourning for the 45 ultra-Orthodox men and boys who were killed in the stampede during the annual Lag BaOmer festival in Mount Meron. At least 10 children, six Americans, and a Canadian and Argentinian were among those who died in the crush. The youngest victim was 9-years-old. More than 150 others were injured. 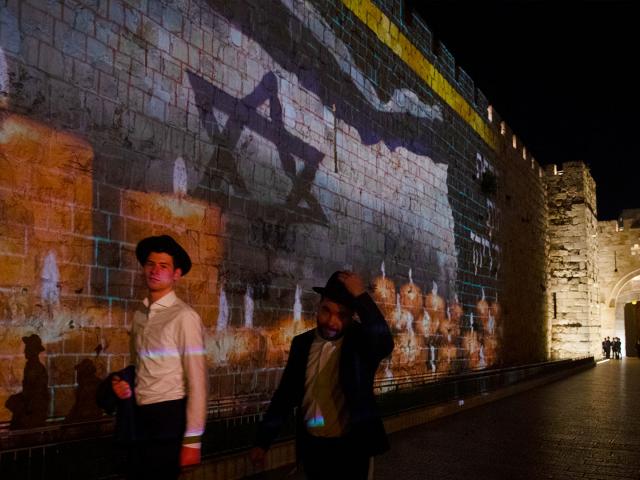 A tribute to the 45 ultra-Orthodox Jews who died in a stampede at a religious festival lights up the walls of the Old City of Jerusalem, Saturday, May 1 2021. (AP Photo/Maya Alleruzzo)

Friday’s incident is believed to be one of Israel’s worst peacetime tragedies ever. The religious festival had drawn around 100,000 people in the largest gathering so far this year since Israel began lifting coronavirus restrictions following its successful vaccination campaign.

Questions still remain about what caused the stampede. Media reports said the crush began when large numbers of people tried to squeeze through a narrow tunnel-like passage that sloped downward. Witnesses said the floor had become slippery with spilled water and juice, and as some in the crowd slipped, they triggered a chain reaction that forced others to fall too.

Israel's state comptroller announced Monday that he would open a special investigation into the incident.

“I intend to launch a special investigation into the circumstances that led to this disaster, the preparation of the various bodies, both this year and during the years that have elapsed since the State Comptroller’s report from 2011,” said Matanyahu Englman at a press conference.

“This is an event that was preventable, and now it is up to us to examine and investigate how and what should have been done to prevent it,” Englman said.

Many have called for the establishment of an official commission of inquiry into the deadly stampede to determine the responsibility of politicians and senior leaders for allowing the gathering to take place despite repeated warnings over the years about safety issues. The narrow, sloped passage was seen as a dangerous bottleneck long before the disaster occurred.

The police force’s Northern District Commander Shimon Lavi, who oversaw the security arrangements for the event, said he bears “overall responsibility” for the stampede and that he is ready for any investigation.

Sharon Alroy-Preis, head of public health services at the Health Ministry, had warned against the mass gathering earlier in the week.

“It was not possible to reach an agreement on who enforces the regulations at Mt. Meron,” she told Army Radio after the incident. “I remind you that the number of people allowed to gather outside is restricted to 100 — it is the responsibility of the police to enforce the laws of the State of Israel.”

Netanyahu on Sunday visited a hospital treating people injured at the festival.

Sympathy from world leaders has also poured in.

"With sadness, I express my closeness to the population of Israel for the accident that occurred last Friday on Mount Meron that led to the deaths of 45 people and numerous wounded,” Pope Francis said on Sunday. “I assure my remembrance in my prayers for the victims of this tragedy and their family members."

“The president thanked the king and said that the warm and brave embrace of the State of Israel from around the world at this difficult time is heartwarming and gives us strength,” a statement from the President’s Residence said.

President Joe Biden said he spoke with Netanyahu on Friday and offered US assistance.

"The United States stands with the people of Israel, and with Jewish communities the world over, in mourning the terrible tragedy at Mount Meron," Biden said in a statement. "The loss of life among worshipers practicing their faith is heartbreaking."

Israel also received condolences from the United Arab Emirates, Bahrain, and its allies in Europe. 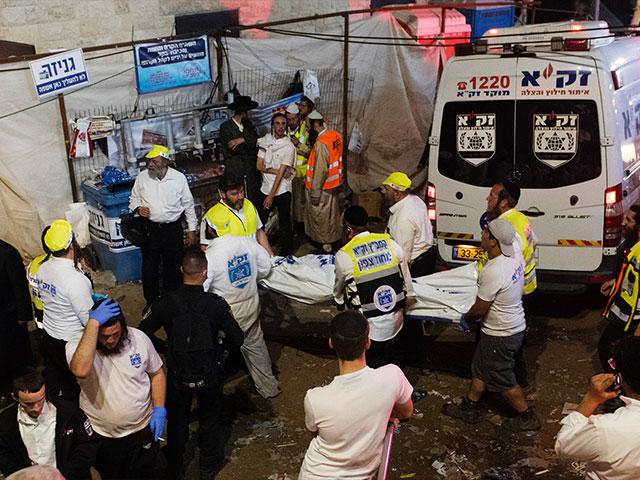