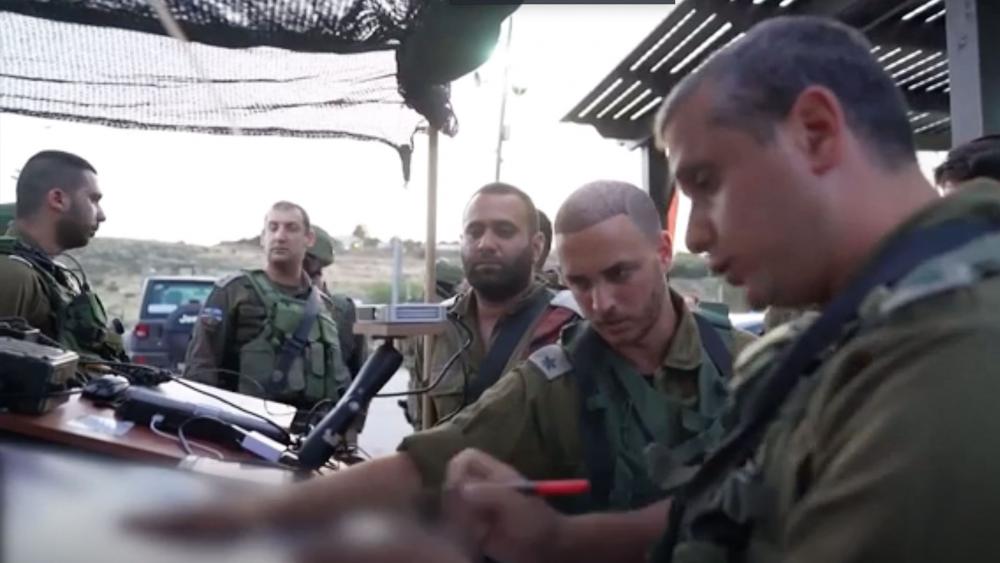 Israeli security forces look at maps in search for gunmen who opened fire on Israeli civilians on Sunday.

An Israeli victim of a terror attack over the weekend has died of his injuries, the hospital treating him announced Wednesday night.

Yehuda Guetta was one of three 19-year-old students who were shot during a drive-by shooting on Sunday at a bus stop in the West Bank – biblical Judea and Samaria. All three men were studying at a religious seminary in the nearby settlement community of Itamar. The other students, Benaya Peretz remains in very serious condition, and Amichai Hala was released from the hospital to recover from his injuries at home.

The suspect was identified as Mutasir Shalabi, 44, from the West Bank town of Turmus Aya. He is not known to have ties to any terror groups, Israeli media reports. He was caught hiding in the nearby village of Silwad.

The attack came amid heightened following the Palestinian Authority’s recent decision to indefinitely postpone what would have been its first election in 15 years. It also occurred during the Muslim holy month of Ramadan, when there tends to be an uptick in violence.

Sunday’s terror attack was followed by apparent retaliatory attacks against Palestinians in the West Bank by Israelis living in nearby settlements. Israeli media reported that a group of Israelis from the Shiloh settlement community attacked the Palestinian village of Jaloud on Monday. Clashes broke out between the two groups and Israeli authorities fired rubber-coated bullets to break up the violence and arrested 11 Palestinians. No Israelis were arrested.