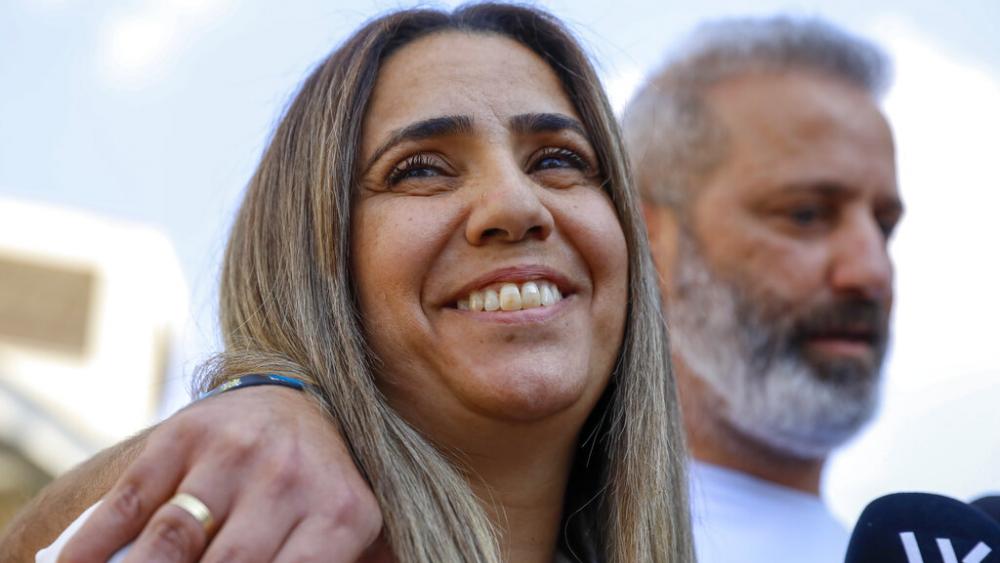 Israeli couple Mordi and Natalie Oknin, who were held in Turkey for a week on suspicion of espionage, speak to journalists hours after they were released at their home in Modiin, Israel, Thursday, Nov. 18, 2021. (AP Photo)

JERUSALEM, Israel – An Israeli married couple that was arrested and charged with “political and military espionage” after taking pictures of the Turkish president’s residence in Istanbul has been freed.

“After joint efforts with Turkey, Mordi and Natali Oknin were released from prison and are on their way home to Israel,” said a joint statement from Prime Minister Naftali Bennett and Foreign Minister Yair Lapid.

“We thank the President of Turkey and his government for their cooperation and look forward to welcoming the couple back home,” it continued.

The pair were escorted by two senior consular officials back to Israel early Thursday morning.

Turkish authorities arrested the couple last Friday, setting off a political saga that threatened to keep them in custody for years. Police detained the couple after a tip-off from an employee working at the Camlica radio and television tower in Istanbul. The employee told authorities the couple was taking pictures of Turkish President Recep Tayyip Erdogan’s nearby home from the tower’s restaurant, Turkey’s official news agency reported.

Israeli officials rejected the claim that the pair were spies.

“These are two innocent civilians who have been mistakenly caught up in a complex situation,” said Bennett.

Lapid also denied that the pair work for any “Israeli agency.”

An attorney for the couple told Haaretz they were taking photographs of Istanbul’s Dolmabahce Palace while taking a ferry. Parts of Dolmabahce are used as a presidential working office. The couple and their family stressed that they did not know it was illegal to take the photographs.

Efforts to release the couple were complicated because the two countries do not have ambassadors in each other’s countries due to tensions between Ankara and Jerusalem.