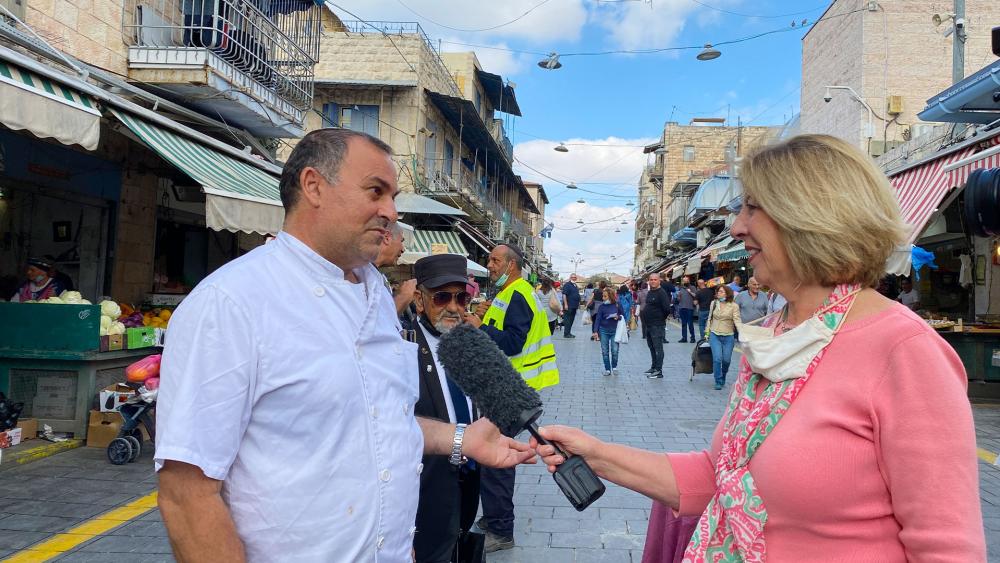 CBN News Interviews Israelis at the Mahane Yehuda Market, Photo Credit: CBN News
6280466012001
‘Too Many Restrictions’ or ‘Common Sense’ - Israelis React to ‘Green Pass’ Restrictions and Welcome Tourists Back to the Country

It's called a "Tav Yarok" or "Green Pass".  It allows those who have one to access to restaurants, hotels, and other venues as well as travel abroad more freely. The passes are given to those who are fully vaccinated against the coronavirus or have recovered in the last six months, or who have obtained a temporary pass after a negative PCR or quick test.

Some say the system exerts too much government control and limits freedoms. CBN News visited Jerusalem’s open-air Mahane Yehuda market and asked Israelis what they think about the Green Pass and also about the government’s decision to re-open the country’s borders to individuals as long as they are vaccinated.

Jerusalemites had a wide range of opinions on the Green Pass.

“The Tav Yarok [Green Pass] is a good thing. It's one of the reasons why Israel is returning to a normal routine and many other countries are following suit. And using Israel is a good model,” said Richard, who immigrated to Israel from the USA 10 years ago.

“Difficult to say, honestly, because everybody wants to be healthy and we want to fight with Corona, of course, but there are too many restrictions, in my opinion.  If you can come to drink a coffee only with a green passport, it's not okay,” said Milena, a local resident.

“It's forbidden that politics will prevail over common sense. Common sense says you need to get vaccinated. You need to be careful. Green pass, yes, of course. We need to keep these things,” said Meir, an Israeli restaurant owner.

About two-thirds of Israelis have been vaccinated at least once.

“The government's role is to protect the citizenry and we all sacrifice our freedoms for the sake of all kinds of different things and I'm all in favor of it,” said David, a local resident.

Yvonne, another local resident called it, ‘Shameful!’ “In French, they call it a Nazi pass.  And I believe it is the Nazi past. It's a fascist; they are using this coronavirus to install a dictatorial in the world. It's also so abused that I don't understand that people don't see it.”

“I think it's annoying,” said local resident Limor. “But we should have it until the Corona will pass over.”

Israel re-opened its borders to individual tourists, visitors, and businesspeople this week as long as they are either vaccinated, recovered or have received special approval to enter the country.

Jerusalem has been hard hit by the COVID-19 closures over the last year and half.

Deputy Mayor Fleur Hassan-Nahoum said her city relies heavily on tourism. About 30 percent of the economy depends on it.

So, most Israelis are happy for the idea that visitors will be allowed to return to their country.

“That's amazing. It's amazing.  Israel is a lovely country. There's a lot to see and experience and enjoy. So, of course, they are welcome,” said Liran, who said his family originally came from Iran.

“I think that the time has come for them to return with the restrictions, the serological tests, the vaccines and the masks. That's it. We will learn to live with this for many years. It's not over what are we going to do? Close the world?  Put on a mask, take the vaccine and be careful,” said Meir.

David said personally he liked it better without the tourists.

“As a resident of Jerusalem, I would be lying if I didn't say I really enjoyed the ability to visit the Old City and the Church of the Holy Sepulcher and the Western Wall and not be mobbed by endless amounts of tourists,” David said.

“And I've also noticed that the air was cleaner during this whole period. There weren't buses coming and going and whatnot. So, I mean, obviously, you know, the city relies on the tourist industry and I'm glad that they're coming back and taking all the proper precautions and whatnot, but it was nice when they were gone. I really enjoyed the city a lot more when it was all for me, you know, but I'm not selfish,” he continued.

“It's very difficult not to have tourists here. I have friends and family that want to come. And now that the restrictions are being eased, it, hopefully it will be much, much easier for tourists,” said Richard.

“I think the country should be open to everyone, to tourists and to everyone who wants to come. And, stop with this Corona virus that they are using,” said Yvonne.

“Like I told you, the right hand doesn't know what left does. And a tourist brings so much money and so much good things to Israel. So, I don't understand why they're making their lives so hard!” Abraham said.

“Israel is a beautiful country with a lot of things to see Jerusalem, Eilat, Tiberias. We have a lot of holy places; good weather; good people. So, come; come!” said Limor. 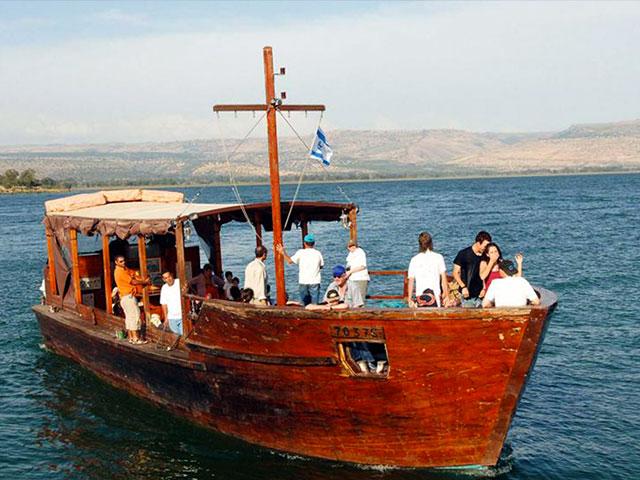