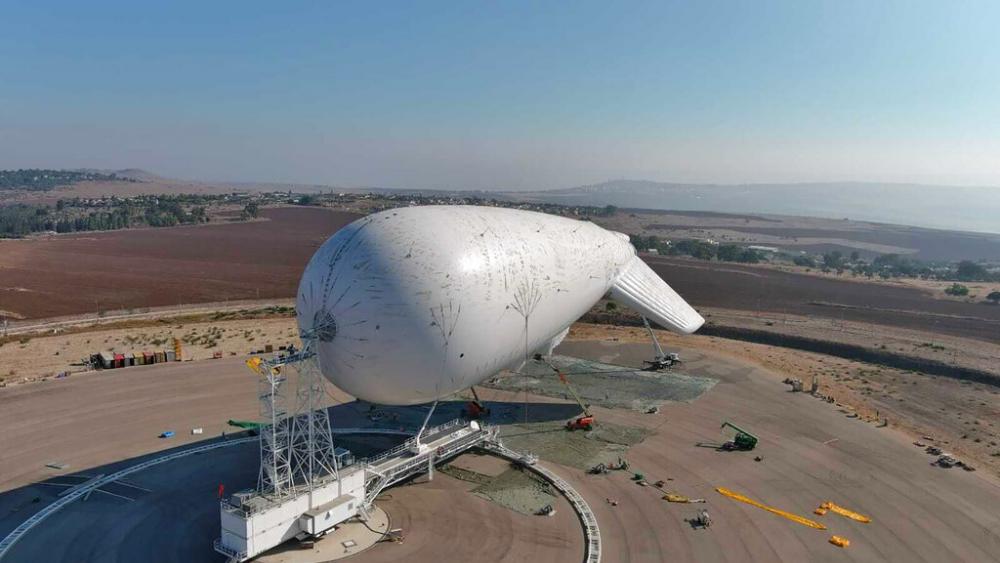 JERUSALEM, Israel – Israel is preparing to launch a massive balloon into its northern sky that can detect long-range threats.

The High Availability Aerostat System resembles a giant blimp and is one of the world’s largest systems of its kind, the Defense Ministry said. It will be deployed shortly at an unspecified date.

The system, dubbed “Sky Dew,” was developed in cooperation with a subsidiary of state-owned Israel Aerospace Industries and TCOM, a US aerostat manufacturer.

It’s part of Israel’s broader effort to increase its air defenses against threats from Iran and its proxies in the region. Israel is particularly concerned about the Hezbollah terror group on its northern border with Lebanon. Israeli officials say Hezbollah has an arsenal of short and long-range missiles that is far superior to the one Hamas has in the Gaza Strip.

Because of this threat, Israel’s military is aiming to have full-scale, permanent defensive coverage of its northern airspace within the next two years, with plans to eventually expand it to the entire country, The Times of Israel reports.

Sky Dew is just one tool of many Israel is using to accomplish this goal.

“The [Israeli Air Force] has both the defensive and offensive systems to defend the State of Israel and its sovereignty,” he added.