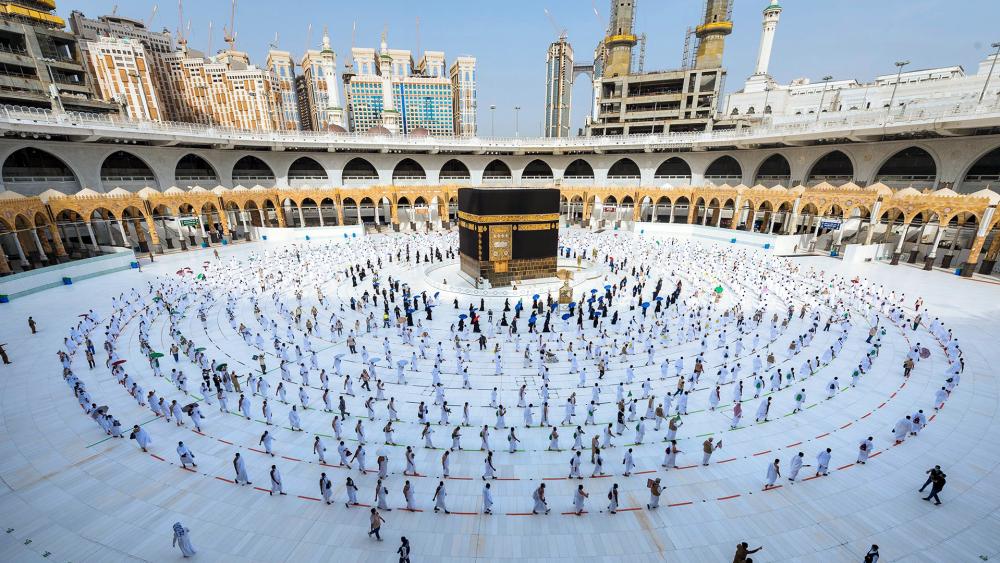 Pilgrims walk around the Kabba at the Grand Mosque, in the Muslim holy city of Mecca, Saudi Arabia, Friday, July 31, 2020. (Saudi Ministry of Media via AP)

Iran on Monday confirmed that it had held four rounds of bilateral talks with its regional rival Saudi Arabia and that contact between the two would continue.

"Contacts are being made non-stop and we are exchanging messages without interruption," Saeed Khatibzadeh, Iranian foreign ministry spokesman, told reporters at weekly news briefing on Monday.

Saudi Arabia severed ties with Iran in 2016 after crowds of protesters attacked two of its diplomatic posts in Iran.

Khatibzadeh said the situation in Yemen was high on the agenda of those talks, aimed at improving relations between the two adversaries.

Saudi Arabia and Iran back rival sides in Yemen, which has been convulsed by civil war since 2014.

Despite a relentless air campaign and ground fighting, the war has deteriorated largely into a stalemate and spawned the world's worst humanitarian crisis.

Iran is wary of Azerbaijan's military cooperation with its archrival, Israel, and held military exercises near its border with Azerbaijan borders this month.

Azerbaijan and Israel have strengthened their military alliance in recent months, with Israeli-supplied high-tech drones helping Azerbaijan in its conflict with Armenia over the Nagorno-Karabakh region last year.

"Our message is clear. We do not tolerate the presence of the Zionist regime near our geographical territories," Khatibzadeh said.

The foreign ministry spokesmen also confirmed that President Ebrahim Raisi would not be attending the Cop26 climate change conference in Glasgow in late October.

Earlier reports from Iran had suggested that Raisi was considering making Scotland his first international visit.