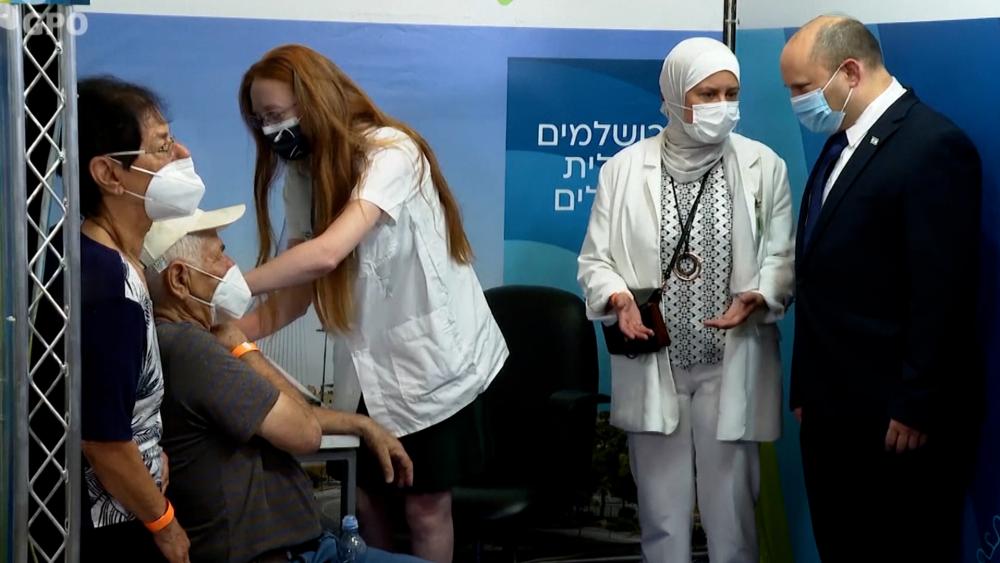 The world continues to watch Israel’s fight in the ongoing COVID-19 pandemic. After nine months into a massive vaccination campaign, the country is relying heavily on the campaign and the green pass, which allows those vaccinated to have greater access to public venues.  Yet this growing dependence is causing distress among some Israelis.

“In the battle against the coronavirus, it seems at this point that we have the upper hand. All parameters show a gradual decrease in morbidity. The confirmed cases are in decline,” Bennett told government ministers.

“But this time, despite the overall positive direction, no one should enter into complacency facing the elusive virus,” Bennett said. “We are continuing the campaign with all our might, and we are also preparing for the next stage.”

That includes a change to Israel’s green pass. Technical difficulties postponed its launch but only those who’ve received a booster, a second dose less than six months ago or have recently recovered qualify for the pass.

The document is registered with Israel’s Health Ministry and visible through an app on the green pass holder’s smartphone.

Israel is easing up on outdoor venues, but other venues such as indoor restaurants, gyms and university campuses are expected to check each patron’s pass and ID, and police plan to step up enforcement including handing out tickets if necessary.

That sent protestors to the streets against the green passes and what they called forced compliance.

Signs in car windows said, “tomorrow it's you” and “democracy is gone.”

“I've represented Israel across the world, I've gone on college campuses, I've fought for Israel, and I'm ashamed today of what Israel is doing,” said another protestor named Assaf.

Israel began offering the Pfizer/Biotech boosters to those over twelve recently and more than a third of Israel's nine 9 million citizens have received it, according to the Health Ministry.

From the beginning, medical experts have had mixed reactions to the green passes.

Renowned immunologist Dr. Zvi Bentwich, of Ben Gurion University of the Negev, is part of the “Emergency Public Council for the Corona Crisis” -- a group that includes doctors and scientists.

“We are not against vaccination, but we are against the usage of a measure that would cause discrimination and enforcement of measures that would impinge on basically your human right,” Bentwich told CBN News in an earlier interview.

Prof. David Enoch at the Hebrew University in Jerusalem disagrees.

“When done properly it does not violate human rights,” Enoch argued. “Given at least a very successful vaccination effort, a green pass or green passport policy is the way to do that,” Enoch told CBN News.

“Having a policy let’s say in restaurants that everybody will wear a mask and there will be some sort of distancing but by saying that you cannot enter a place unless you have this passport, that’s a different story,” Bentwich said.

For the most part, Israelis just want life to return to normal, including allowing tourists back in the country.  Until then, even disagreeing medical minds will continue to look for ways to successfully prevent and treat the virus.