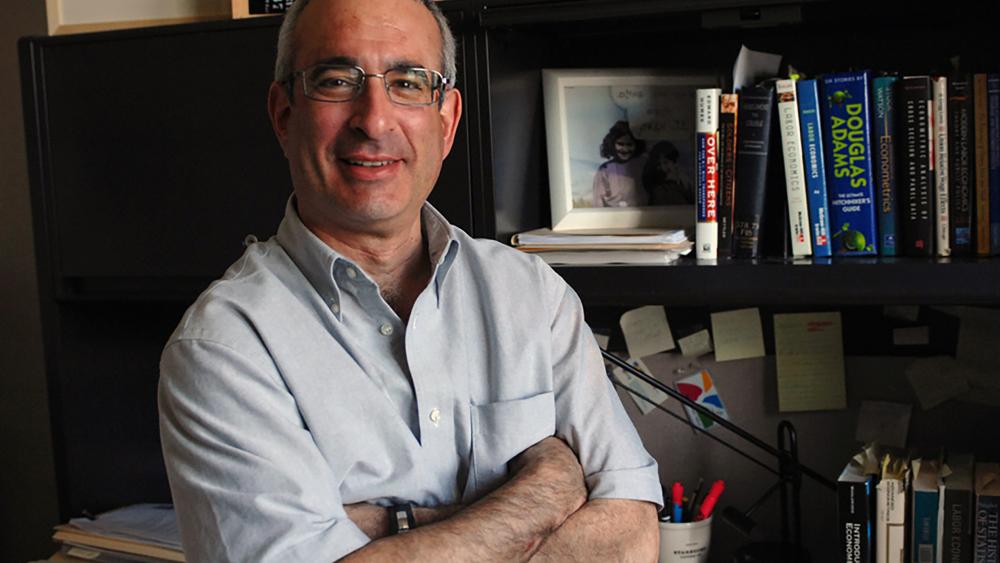 This undated photo provided by the MIT Department of Economics shows Joshua Angrist.

Two others in the U.S. shared the award Monday for creating a way to study these types of social issues.

Canadian-born David Card of the University of California, Berkeley, was awarded half of the prize for his research on how minimum wage, immigration and education affect the labor market.

And the other half was shared by Joshua Angrist from the Massachusetts Institute of Technology and Dutch-born Guido Imbens from Stanford University for their framework for studying issues that can't rely on traditional scientific methods.

The Associated Press caught up with Angrist outside his home in Brookline, Massachusetts Monday.

Asked how he felt after getting the news, Angrist replied: "I'm thrilled, I'm honored. It's an honor to get the Nobel Prize."

Angrist, who was accompanied by his wife and granddaughter, said he was honored to share the prize with Card and Imbens.

His wife Mira Angrist, a professor of Hebrew language at Boston University, said the family was very proud of Angrist.

She said they first got the news from family back home in Israel.

"There is a seven-hour difference, and they knew about it before we knew about it," she told AP.  "We have been getting messages at 6:00 a.m. in the morning. And then I made the connection," she added.

The Royal Swedish Academy of Sciences said the three have "completely reshaped empirical work in the economic sciences."