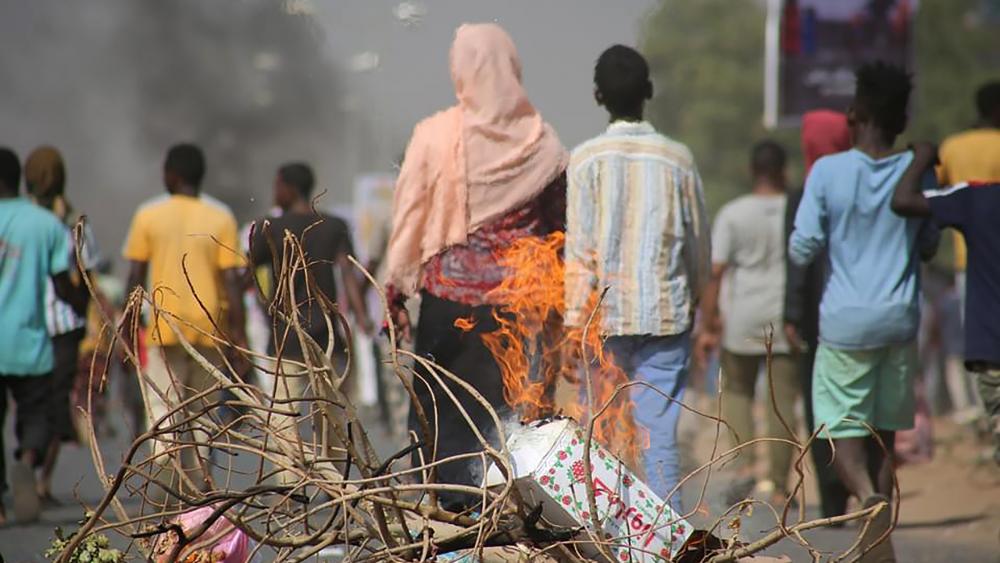 JERUSALEM, Israel – Sudan’s military seized power and dissolved the government on Monday, raising concerns that the coup could harm Israel’s normalization efforts with the country.

Sudan is one of several nations – including the United Arab Emirates, Morocco, and Bahrain – that forged new ties with Israel through the historic US-backed Abraham Accords.

The US and Israel are closely watching the events in Sudan and how they could potentially impact the Abraham Accords.

“The normalization effort between Israel and Sudan is something that will have to be evaluated as we and as Israel watch very closely what happens in the coming hours and coming days,” said State Department Spokesman Ned Price. “I wouldn’t want to weigh into that just yet.”

The spokesman called for the civilian-led government to be “immediately restored” and said the US is suspending a $700 million aid package to the country.

Israeli officials have not commented publicly on the coup, but Israel’s Kan public broadcaster said government leaders held several meetings on the matter.

The report also quoted a senior Sudanese diplomat who said the military takeover is not expected to dramatically affect the Israel-Sudan normalization process because many military leaders who support normalization with the Jewish State have gained power.

However, the unnamed diplomat warned that the military’s association with normalization efforts could backfire in the long term and weaken public support for the agreement.

The military “made a big mistake by throwing away the partnership with the civilian officials,” the diplomat said. “They are underestimating the response of the people, which is fed up [with] military coups, and they may face an uprising.”

The diplomat said Prime Minister Abdalla Hamdok, who was arrested during the coup, was expected to travel to Washington soon to formally sign the normalization deal with Israel.

Now, Israel believes its official normalization agreement with Sudan could be delayed by the military takeover, Kan reported, citing officials close the negotiations.

“The internal situation in the country has made it difficult for it to advance contacts with Israel as the other countries did,” one of the sources said.

It comes more than two years after protesters forcibly ousted longtime dictator Omar al-Bashir and just weeks before the military was expected to hand the leadership of the council that runs the country over to civilians.

Thousands of Sudanese civilians poured into the streets after the military arrested government leaders chanting, “The people are stronger, stronger!” and “Retreat is not an option!”

Sudan Doctors’ Committee said security forces opened fire on some of the crowds. A health ministry official said seven people were killed by gunfire and 140 injured in clashes between soldiers and protesters.