In Meeting With 1,000+ Jewish Leaders, Biden Pledges to Fight Anti-Semitism 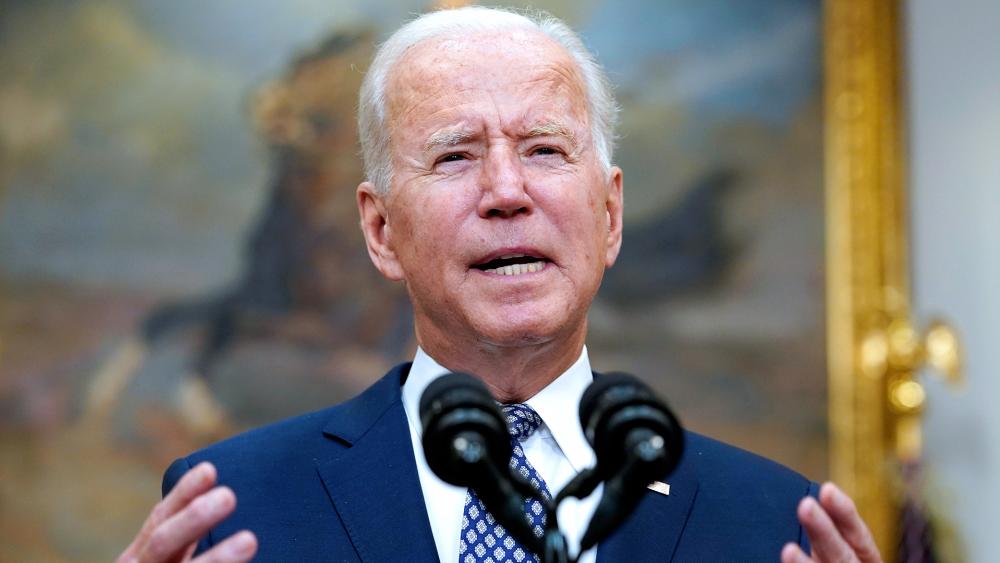 JERUSALEM, Israel –  President Joe Biden met with more than a thousand Jewish faith leaders on Thursday for a virtual event marking the beginning of the Jewish holidays.

During his remarks, Biden vowed to fight anti-Semitism.

“If we walk away from 'Never Again,' it's going to happen again,” he said.

“Since I became an elected official, on the 16th birthday of each of my children I put them on a plane and take them to Europe and the first stop I've taken them to was to go into one of the concentration camps, because I wanted them to see how this can happen again,” said Biden.

When asked how he plans to fight a recent surge in anti-Semitic incidents, Biden said Attorney General Merrick Garland was hiring more staff to help prosecute hate crimes. He also called on the Senate to confirm his nominee for the State Department’s anti-Semitism monitor – Holocaust historian Deborah Lipstadt.

“Now there’s no one more qualified and I called her for a swift confirmation in the Senate,” Biden said.

The president nominated Lipstadt in July but the Senate has yet to take up her nomination.

He noted previous anti-Semitic attacks like the Tree of Life Synagogue shooting in Pittsburgh.

He highlighted his administration’s efforts to battle extremist groups in what he called “America’s first-ever comprehensive effort to take on the threat of domestic terrorism.”

The president also discussed the United States’ relationship with Israel.

“We're going to maintain those deep bonds that started at the birth of the Jewish state,” said Biden, noting his meeting last week with Israeli Prime Minister Naftali Bennett.

“The challenge before us, I think, [is] monumental, but if Jewish history and tradition teaches us anything, it's the resilient belief in the promise tomorrow,” he said. “Even after the worst destruction and pain, the Jewish people have recovered, rebuilt, emerged stronger than before.”

Monday evening marks the beginning of Rosh Hashanah, and Yom Kippur will be observed later this month.