COMMENTARY: The Day My Great-Grandparents Died 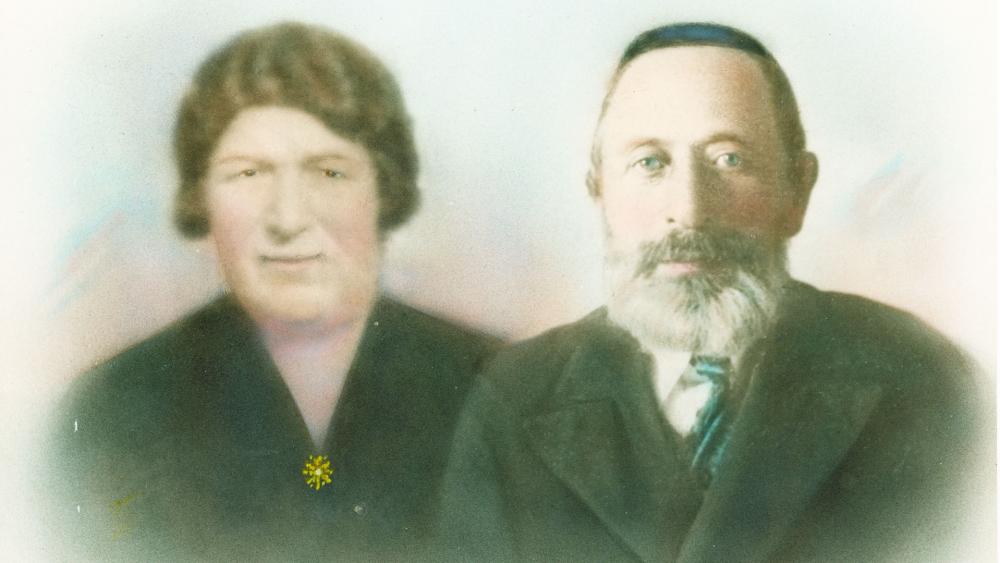 The reality is that my great-grandparents didn’t just die, they were murdered. They were two of six million Jews murdered by the Nazis and their willing accomplices throughout Europe. And it wasn’t just the two of them, but their children and grandchildren, and scores of cousins, nieces and nephews, and neighbors. They were lined up and shot in a communal grave on the outskirts of Kanczuga, the Polish town in which they lived and raised their families for generations. Their murder took place 80 years ago this week.

We know what happened from the testimonies and writings of some who had escaped, or those who were deported earlier and survived. Survivors communicated with their neighbors years later. My great aunt told me she would write to the mayor of Kanczuga after the war, sending along care packages as a bribe for him to provide information, any information, about her parents, siblings, and nieces and nephews. Even if what he said was made up, as the historical record seems to demonstrate, it gave her some sense of closure.

When the war ended, some survivors came back to Kanczuga to look for other survivors, and try to start their lives over in the only place they knew as home. Several Jews who had returned were murdered by their Polish neighbors in a pogrom that took place in April 1945, after the war officially ended. I knew the three young men who buried the victims and extricated the survivors to safety from their Polish neighbors threatening to finish the job. As old men, they shared vivid details with me. Willie Kramberg, with whom I became close, was always “happy” to do so, but prefaced that he had trouble sleeping as a result of reliving the horrors.

I have written and spoken about my family’s life, and death, in Kanczuga many times. I heard stories from my grandmother and great aunt, about their parents, siblings, and nieces and nephews. Though I have never been there, Kanczuga is part of my family’s history, but in the distant rear-view mirror. I have a sense of nostalgia for this place which I have never visited, in which my family lived for generations, yet no urgent desire to do so.

I am grateful that my great-grandparents had the sense to begin to get their children out of Poland in the 1930s. But now, as a grandfather, close in age to that of my great grandparents when they were murdered, I look back and weep at how painful it must have been not to be able to save everyone much less themselves. They knew they needed to get their families out of Poland, that time was running out even before the Nazis arrived, but didn’t know when that time would be. Until that last Shabbat, when the Jews of Kanczuga were rounded up and massacred, I suspect they did everything they could to save their family.

Shabbat is a joyous day to celebrate surrounded by family. The sense of helplessness that must have overcome them in those last hours, on their last Shabbat, is incomprehensible as I think about what happened that Saturday 80 years ago.

The Jewish community had been rounded up and crammed into one of the synagogues. It was a hot August day with many times more people packed in than the building was built for. I don’t know if they were told they were being “deported” and given any hope, or not. I just know how they perished.

While the bullets were German, the jeers from those lined up to celebrate, or just watch, were Polish. If they were close enough to the Poles, no doubt my relatives saw neighbors they had known all their lives. The Nazis needed wagons and the like to move the Jews from the synagogue in the center of town to the communal grave that the men had been forced to dig outside the town. The Nazis didn’t just bring in their trucks and buses to deport Jews when they invaded. In many places, they were forced to walk kilometers to their death or were carted out of town as it might be too “unpleasant” to massacre hundreds or more people too much in public. Where vehicles were needed, they were borrowed or requisitioned from the local Poles, often with the Polish “driver” leading his own horse to carry away his neighbors to their death.

I met Benny Schanzer decades ago. He was a teenager when he was being deported 80 years ago. He shared with me that my great-grandmother, Dreizel, saved his life by telling him simply, “You’re too young.” I don’t know if my great-grandmother had any hope for herself or any of her family being saved even at those last horrible moments. She knew the end was near. Benny understood, escaped, and survived to tell me the story decades later.

Before the war and the Holocaust, Kanczuga had about 1000 Jews, representing between a third to half of the population. There were instances of Jews and the mostly Catholic Poles getting along including attending school, doing business, and even serving in civic capacities together. Antisemitism existed as it did throughout Europe, largely but not exclusively due to Catholic teaching about the Jews. That sowed the fertile ground in which antisemitism thrived. My grandmother used to tell me that the ground was soaked in our blood. She did not mean it metaphorically. Antisemitism didn’t always involve overt persecution, but it was pervasive to the degree that at least my great-grandparents had the sense and ability to be able to get four of their children out of Poland. When the Jewish community was being deported to their death, local Polish neighbors celebrated, and then took the homes and property of the Jews who once lived next to them.

As a result of four children surviving then, I am here. Including my brothers, our wives, children, and grandchildren we are 22 people. 80 years is not that long ago, but it feels like ancient history. It’s a significant milestone we cannot let pass without remembering our relatives who were murdered, and honoring the survivors, thanks to whom we are here.

This year dozens of descendants of the former Kanczuga Jewish community will gather virtually from at least three continents, to remember. We represent one very small group of descendants of one very small Jewish community, in one very small Polish village. And my family, a few dozen within that one small town, whose matriarch and patriarch did everything possible to have their children survive. On that level, the incomprehensible number of six million becomes real. It’s the sum of hundreds of thousands of entire families, like mine.

You’re invited to join the memorial for the Jewish community of Kanczuga, Monday, September 5 at 9:00 pm Israel time, 2:00 pm Eastern/11:00 am Pacific (US), to remember the victims and honor the survivors who suffered so much but thanks to whom we are here.