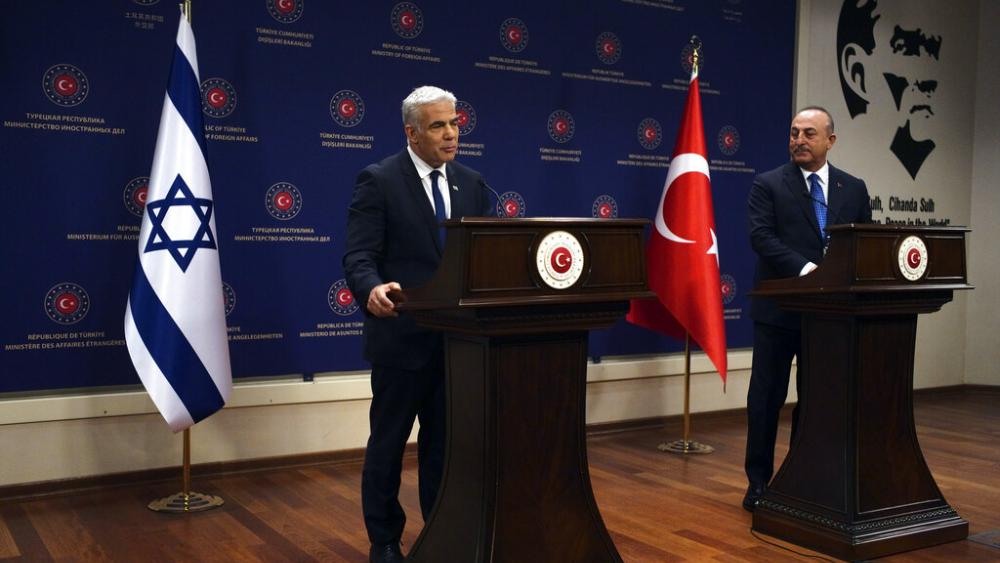 JERUSALEM, Israel – Israel and Turkey on Wednesday announced the return of full diplomatic ties between the two nations, including the reinstatement of ambassadors and consulate generals.

"The resumption of relations with Turkey is an important asset for regional stability and very important economic news for the citizens of Israel. We will continue to strengthen Israel's standing in the world,” said Israeli Prime Minister Yair Lapid, who spoke with Turkish President Recep Tayyip Erdogan before the announcement.

While Israel and Turkey were once close allies after establishing diplomatic ties in 1949, their relationship deteriorated and went up and down over the years largely because of disagreements over the Israeli-Palestinian conflict. Erdogan is a harsh critic of Israel in its conflict with the Palestinians. Turkey has also hosted several Hamas leaders, which only further strained relations between the two nations.

The countries withdrew their respective ambassadors in 2010 after Israeli troops raided a Gaza-bound flotilla carrying humanitarian aid that broke an Israeli blockade. The event resulted in the deaths of 9 Turkish activists.

Relations were restored for a short period of after that but broke down again in 2018 when the United States moved its embassy to Jerusalem. Turkey, angered by the move, recalled its ambassador and Israel did the same. The two countries have not restored their respective ambassadors since then.

“Israel and Turkey had very warm relations before Recep Erdogan became the president of Turkey,” says CBN Contributor Ellie Cohanim. “The recent desire on Erdogan’s part to renew relations with Israel, many believe, comes as a result of Turkey's economy really floundering right now and his own popularity dipping as a result of that.”

Cohanim believes the renewal of relations is meant to help Erdogan but is a benefit for both sides.

“It's certainly positive for Erdogan again because it does give him an economic lifeline potentially and brings him back into the embrace of Western countries. For Israel, Turkey is also an important partner in the region because Turkey is a NATO country,” says Cohanim.

Dr. Gallia Lindenstrauss, a senior research fellow at the Institute for National Security Studies, says in the past, Israel needed relations with Turkey more than Turkey with Israel, but that’s not the case now.

“Turkey needs to improve its economic standing to attract foreign direct investments. For this, it basically is doing normalization attempts towards many countries in the region. Another issue on the agenda is the desire of Turkey to purchase F-16 jets from the United States. And there is hope that somehow the pro-Israel lobby will be more positive to such a deal if relations between Israel and Turkey return to what they were,” says Lindenstrauss.

Lindenstrauss says Turkey needs Israel’s natural gas and is moving towards normalization while a favorable government is in office. Israel wants to see Turkey cool its relations with Hamas.

“From the Israeli side, we know a major bone of contention between the two countries is the presence of Hamas military activities on Turkish soil. We know that this is something that Israel wants Turkey to stop,” she says.

According to the Prime Minister’s Office, Israeli and Turkish leaders have spent the last year working to mend the relationship and restore diplomatic ties.

Earlier this year, Israeli President Isaac Herzog sat down for talks with Turkish President Recep Tayyip Erdogan in Ankara – marking the first visit by an Israeli leader in 14 years.The two nations vowed to rebuild their strained relationship despite still having deep differences.

"After the new government took office and Mr. Herzog was elected as President, a process of dialogue with Israel had started,” said Turkish Foreign Minister Mevlut Cavusoglu. “The process continued with Mr. Herzog's visit to Turkey, then with my visit to Israel, and with the visit of the Prime Minister and Foreign Minister, Mr. Lapid, to Ankara."

He said his country will appoint an ambassador to Tel Aviv. One of his roles is to help Turkey defend the rights of Palestinians.

“The appointment of ambassadors is also important for the development of bilateral relations. On the other hand, as we have always said, we will continue to defend the rights of Palestine, Jerusalem and Gaza, and it is important that our messages are conveyed directly at the ambassadorial level in Tel Aviv,” said Cavusoglu.

Herzog Tweeted that the move will “encourage greater economic relations, mutual tourism and friendship between the Jewish and Turkish people.”

“Good neighborly relations and the spirit of partnership in the Middle East are important for us all. Members of all faiths—Muslims, Jews, and Christians—can and must live together in peace,” he added.

The decision to normalize ties once again came two years after the announcement of the US-brokered Abraham Accords, which saw Israel normalize ties with Morocco, Bahrain, the United Arab Emirates and Sudan.

“We have a new region where Israel as a Jewish State is able to conduct full diplomatic and even military relations with its Muslim and Arab neighbors,” says Cohanim. “I do think that the Abraham of Accords have certainly made it easier for Erdogan to join a growing list of Muslim countries that have ties to Israel.”

Cohanim says that while Eragon’s ultimate goal is to be the head of the Islamic world, the West hopes he’ll continue to move towards moderation. 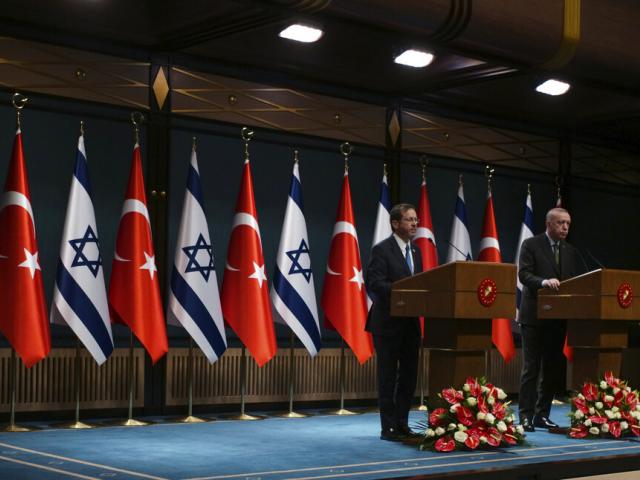