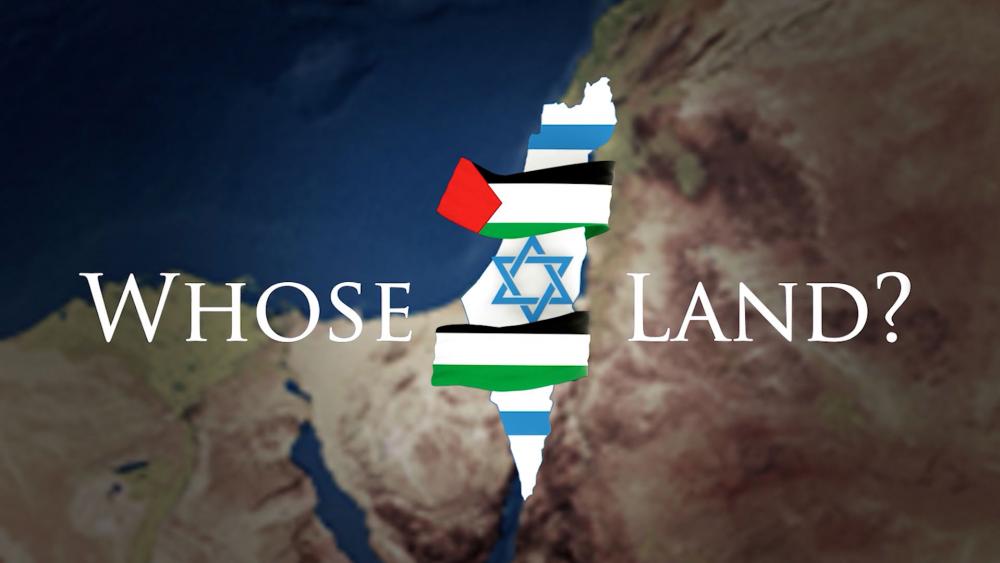 At the heart of the Palestinian-Israeli conflict, the same question often arises: whose land is it?  A new documentary goes back into history to answer this pressing question.

For many around the world, including the United Nations, Israel is an occupier on land stolen from the Palestinians.

In a rally last year in front of the Israeli Consulate in New York City, Nerdeen Kiswani of Within Our Lifetime, led protestors chanting slogans against Israel.

They also chant “from the River to the Sea; Palestine will be free.”

Kiswani explained that “‘from the River to the Sea’means Haifa and Jaffa,” according to the media watchdog MEMRI.

“This is part of the strategy to delegitimize Israel.  Not only is there a Biblical mandate for the State of Israel, the modern State of Israel, but there’s a legal foundation as well,” said filmmaker Hugh Kitson.

Kitson’s new film, “Whose Land?” disputes the accusation that Israel is illegitimate by examining the legal foundation established more than one hundred years ago.

At the 1920 San Remo conference in Italy, the victors of World War I divided the Middle East. The result included a British mandate reestablishing a homeland for the Jewish people in 1922.

The preamble states: “Whereas recognition has thereby been given to the historical connection of the Jewish people with Palestine and to the grounds for reconstituting their national home in that country…”

“I believe what actually happened at San Remo and in the Mandate back in the early 1920’s was God putting the title deed of the Land of Israel to the Jewish people and enshrining it into international law,” Kitson told CBN News at a special showing of his new film in Jerusalem.

“You frequently get the narrative that Israel has no legitimacy.  Israel is occupying territory and this film shows that that’s not the case,” Kemp told CBN News.

Kemp adds that many Jews and Christians need to know the true story of Israel’s legal right to the land.

“And I think this story, this film, plays a major role in educating people about the truth and about the reality as compared to the narrative that is shoved down everyone’s throat by the media, by some human rights groups, by the United Nations, by the EU and various other international bodies,” Kemp said.

“Simply putting out the basic facts about what happened to whom, when.  Why it is the Jewish people have legal and historical and moral rights to their homeland in Israel.  It turns out this is of fundamental importance.  It should be obvious, but it’s not,” Bell told CBN News.

Many, including the Biden administration, continue to push a two-state solution as a resolution for the Israeli-Palestinian conflict. The long history of Palestinians rejecting this proposal leads Kemp to believe it’s not what they want.

In the meantime, he says, the campaign to delegitimize Israel carries global implications.

“Not only does it affect Israel, it kind of discredits Israel’s reputation for those people who believe it.  But it also fuels and incites Jew hate around the world,” Kemp said.

“We’ve seen examples of that in the United Kingdom, in the United States and European countries.  All fueled by this anti-Israel based on lies,” he added.