Danon at Accords Gathering: Israel, Saudi Arabia May Normalize Relations Within a Year 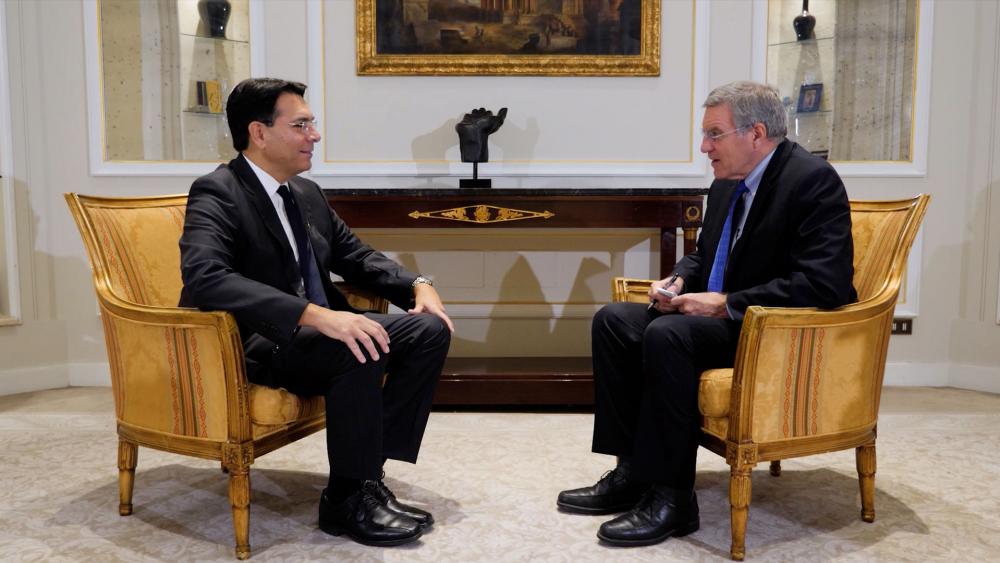 ROME, Italy – Danny Danon, Israel's former ambassador to the United Nations, said Saudi Arabia may be one of the next nations to normalize relations with Israel under the Abraham Accords. Danon, speaking in Rome at the first Abraham Accords Global Leadership Summit, said he's hopeful the normalization could take place in the next year under the new government headed by Benjamin Netanyahu.

In an interview with CBN News, Danon called the Abraham Accords gathering of representatives from 30 countries "an amazing event" celebrating the ties between Israel and two Gulf nations, the UAE and Bahrain, as well as Morocco and Sudan in Africa. He added, "When you look at the Abraham Accords, how come we were able to forge such a strong bond? It all goes to the core values. We have respect for our tradition, respect for values of the family."

Israel was a signatory to the Abraham Accords in 2020 under its chief architects, Benjamin Netanyahu and former President Donald Trump. Danon, who is also a Likud Party member, spent years in back channel negotiations with the Saudis. "We will see more countries joining the Abraham Accords, especially now, when we have a new government. When the Likud-led government will take control in a few days, we will see that we will be able to expand the accords," he said.

Danon has frequently stressed the importance of "economic peace." When CBN News asked him about it, he replied, "Many times when people spoke in the past about the region (the Middle East), it was a cause for problems, a headache." Today, he said, things are different.

"People see the benefits, investments. You can come invest in Israel, you can invest in the Gulf Countries – we can do things jointly with other nations," Danon explained. "So all of a sudden, you look at the region and you look at the possibilities, the options, to see prosperity coming from the region."

When questioned about the threat to the Abraham Accords from Iran and from rising anti-Semitism, Danon said, "When we see anti-Semitism today all over the world, the answer is what we are doing here (in Rome). Visiting a mosque, going to the Vatican, speaking with different rabbis, and we prove that we can work together and we will be stronger than the evil forces from Tehran."

Danon concluded, "My personal goal is to have more countries (sign the accords), and we have a few good candidates for this coming year."