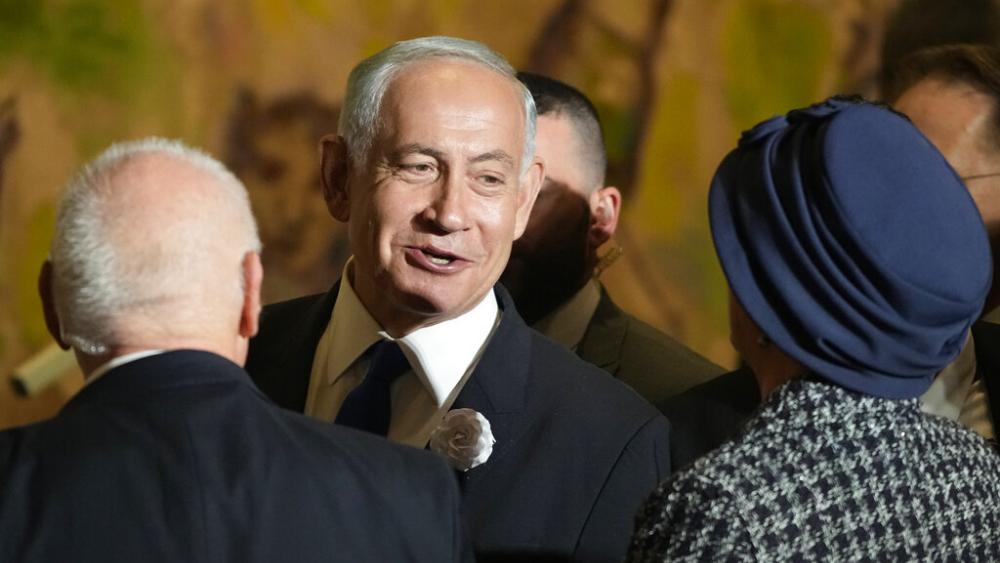 Despite harsh criticism from members of the outgoing coalition, the parties in the Netanyahu bloc plan to vote Monday on replacing the current Knesset speaker with a temporary speaker, in order to act on legislative matters before the new government is in place.

Current Knesset Speaker Mickey Levy issued a statement saying the demand for a new speaker is intended "to advance legislation that will allow people convicted (of criminal activity) and sentenced to conditional prison time to serve as ministers."

That reference is a slam against Shas leader Aryeh Deri, who was convicted of a tax fraud charge. Deri's party won 11 seats in the November 1st election, making it the fifth-largest party in parliament. If Shas signs an agreement with Likud, Deri is expected to head the Interior Ministry, then rotate after two years to take the high-profile Finance Ministry.

Netanyahu has been relatively quiet during the intensive negotiations, although he did decry what he called "lies and fear-mongering" by outgoing Prime Minister Yair Lapid and other government ministers, whose comments against the coalition continue in a steady stream.

The Likud leader then listed a number of charges by his political opponents that he said are inaccurate:

'The government will act against LGBT people'– a lie. The rights of LGBT people will not be harmed and we will maintain the status quo in matters of religion and state.

Liberman says 'the anthem will change'. Come on.

Do not believe the lies and intimidation. Share the truth," Netanyahu said.

Meanwhile, US Secretary of State Antony Blinken said on Sunday that the United States would not depart from its close relationship with Israel despite differences with Netanyahu.

The commitment to the US-Israeli “partnership, and all that it’s produced for the people of our nations and the world — has always been underwritten by the United States ironclad commitment to Israel’s security, a commitment that has never been stronger than it is today,” Blinken said.