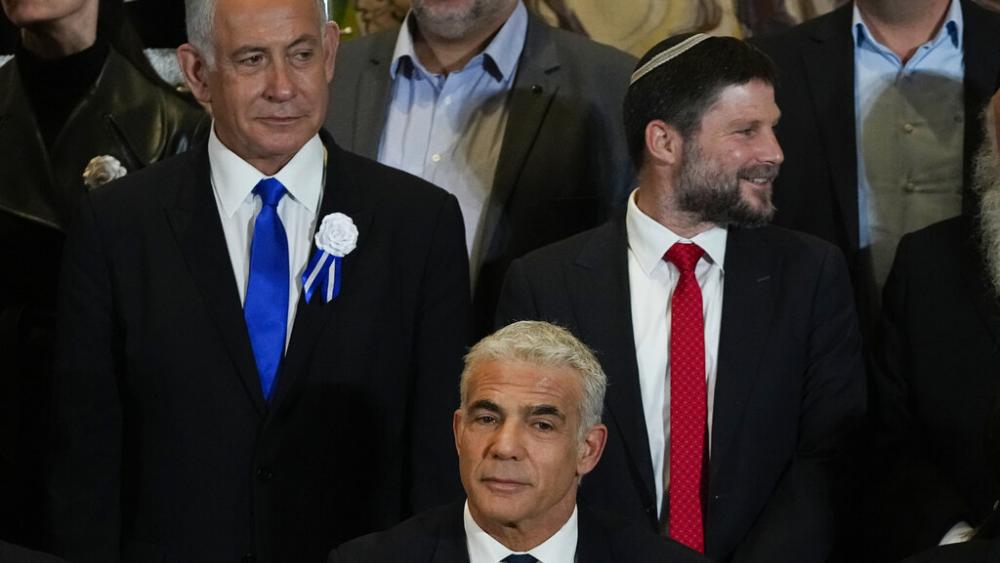 JERUSALEM, Israel – Outgoing Israeli Prime Minister Yair Lapid on Friday berated the "insane" government being formed by a "weak" Benjamin Netanyahu. Meanwhile, according to a report in the newspaper Maariv, two members of the departing coalition are creating a "Total War" plan, designed to sow division in the new government and slow down or halt its planned legislation.

Lapid's comments came as Netanyahu draws closer to completing his coalition majority. Netanyahu did formally ask President Isaac Herzog Thursday for another 14 days since his deadline for officially signing the deal is midnight Sunday.

“This government is insane,” Lapid posted in comments on Facebook.“It’s a difficult thing to say, but there’s no other way of describing it. Netanyahu is weak and is being extorted by younger and more determined partners. They are creating an unmanageable structure, a government unable to govern.”

The Total War plan, reportedly engineered by Boaz Toporovsky from Lapid's Yesh Atid Party and Ze'ev Elkin from the National Union Party, is designed to filibuster and debate every piece of legislation needed for the Netanyahu bloc to form a government, in hopes of running out the clock and causing Netanyahu to miss his deadline.

"We are preparing a painful surprise for them," said one center-left official. "Many (Knesset fights) await them, from lengthy discussions on the election of the new Speaker of the Knesset to those on the establishment of committees for preparing voting legislature for enacting laws, to talks on the laws themselves. We will make sure that every discussion lasts as long as possible."

Lapid concluded his Facebook post by promising, “We will be on bridges, at intersections and on the streets. We’ll defend the courts, the Israel Defense Forces, and the schools. We’re fighting for our country and we have no intention of giving up.”

Earlier this week, Netanyahu charged Lapid and outgoing Defense Minister Benny Gantz were “refusing to accept the results of the election and are spreading false fears against a government chosen by the majority of the public.” Lapid, he said, “is waging a campaign meant to delegitimize the people’s choice.”