Although pandemic restrictions still limit foreign tourism to Israel, there were more than 30 times more Christians this year than last from Israel and the Palestinian Authority who gathered at the Jordan River to celebrate John’s Baptism of Jesus.

The celebration began with prayers at the Greek Orthodox St. John the Baptist Monastery.

“It's the Memorial Day of the baptism of Jesus Christ,” said Father Bartholomeos, the Abbot of the Greek Orthodox, St. John the Baptist Monastery. “So, the Patriarch and all the fraternity we are coming here [to the] Jordan River to make the service here as it was approximately 2000 years [ago].”

Then worshipers took the mile-long trek to the Jordan River, where the country of Jordan is only several dozen feet away.

Known as Qasr al-Yahud (“The Tower of the Jews” in Arabic), many believe that this is the place where Jesus was baptized by John, where the Children of Israel crossed over into the Promised Land, and Elijah the Prophet was carried off to heaven in a fiery chariot.

“Every year we have more than 15,000 pilgrims from Greece, from Russia, from Romania, from Bulgaria, all the Orthodox countries. But this year, unfortunately, we are only the people that were living here,” Father Bartholomeos told CBN News.

Before the pandemic, some 800,000 pilgrims visited the site each year.  While only fifty were allowed last year, some 1,700 participated in this year’s annual celebration.

“This year there were more people than last year because the Corona guidelines were expanded but there was still a smaller amount in relation to previous years,” said Lt. Col. Amos Twito, Head of the Jericho District Coordination and Liaison Office of the Israel Defence Forces.

Situated in what’s called the Land of the Monasteries, the area is in biblical Judea and Samaria, also known as the West Bank. While under Israeli security control, both Israelis and Palestinians are welcome to visit.

“Qasr al-Yahud, the baptismal site, is a religious site, that is open in general to all religions [and] peoples, to whoever wants to come here without restrictions on religion, race or gender,” Twito told CBN News.

That includes Christian foreign workers who live in Israel, like Sophie.

“Today is the best, best, most wonderful day in the world! I’m happy that I’ve come here and that I have this opportunity, that there is a church here and I feel well. I thank God for that,” Sophie told CBN News.

And even some Israelis visited the Holy site.

“We have 35 amazing Israelis. We really are attracted to this beautiful day. First of all, we are lucky, you know, beautiful, the most fantastic weather. And of course, this amazing site, which is actually the third holiest site for Christianity in the world after the Holy Sepulcher and the Church of the Nativity,” said Moshe Maoz, a licensed Israeli tour guide, leading the group.

“And the fact that Israelis -- Jewish Israelis -- we are born here. We’re educated here. We definitely were exposed to the Bible and some of us to the New Testament. And here we are in the Holy Land! This is the treasure of the world. This is where everything started here. Here we are, we are citizens here,” Maoz told CBN News. “So, why not [come] to see the treasury and the beauty of this country?”

Maoz had a message for all those longing to return. 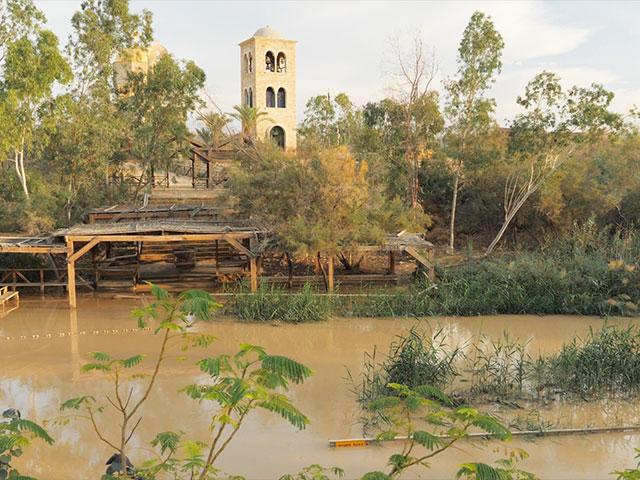 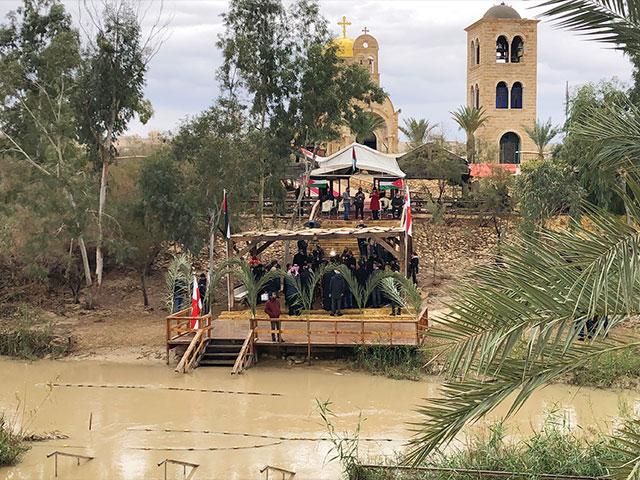