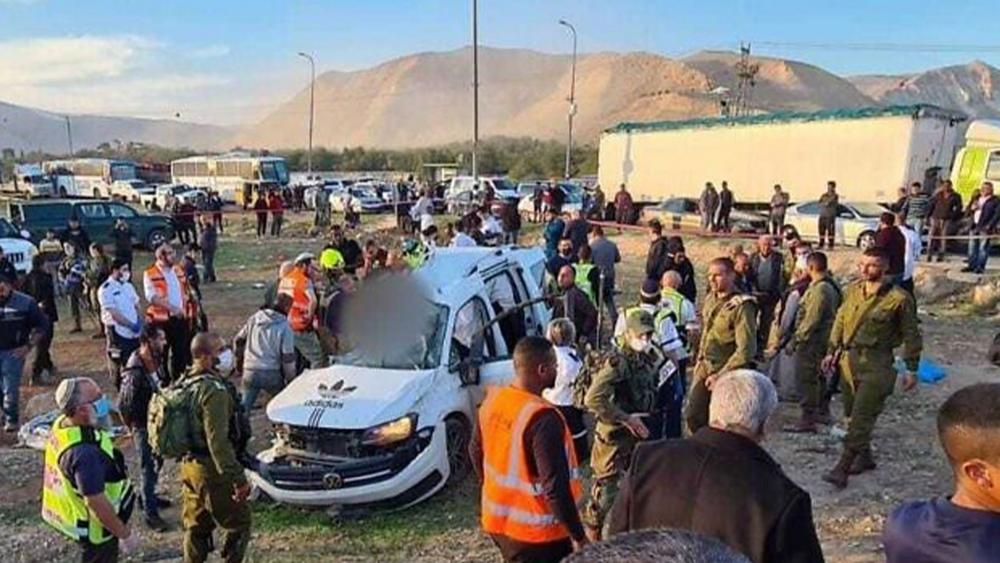 JERUSALEM, ISRAEL – At least eight Palestinians were killed and several injured on Thursday when two vehicles collided on a highway in the West Bank – biblical Judea and Samaria.

Israel’s EMS service says seven victims were found dead at the scene and three were evacuated to a nearby hospital where one later died.

"When we arrived at the scene the sight was shocking," MDA paramedic Yonatan Shanbay told Ynet news. "We saw a truck and a private vehicle crushed on the side of the road. Ten injured, of whom seven were injured in critical condition with some outside the vehicle and some trapped in the vehicle."

Both vehicles belonged to Palestinians, according to medics.

Palestinian President Mahmoud Abbas declared Friday a day of mourning for the victims, who he described as "martyrs of trying to make a living."