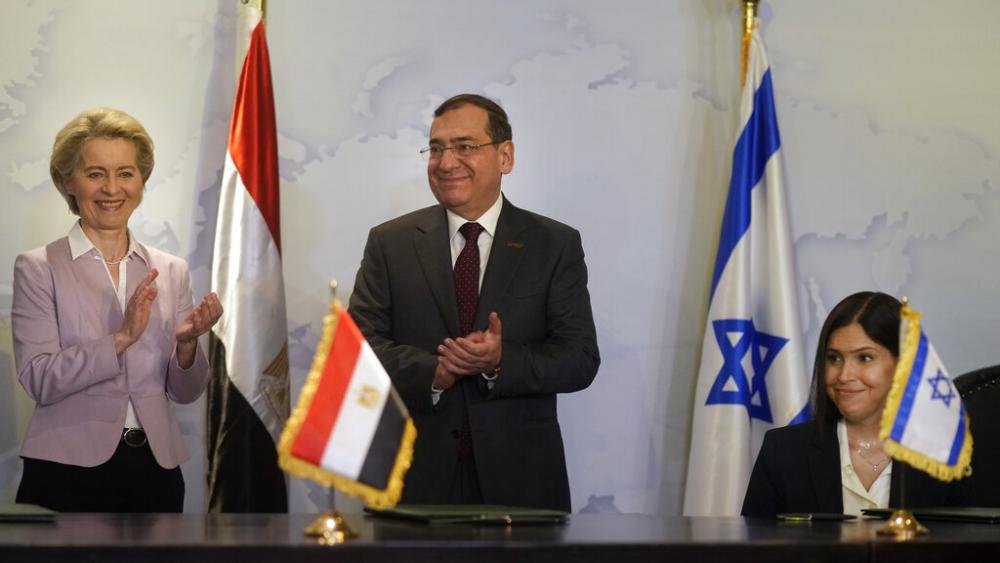 JERUSALEM, Israel – Egypt, Israel and the European Union on Wednesday signed an agreement to increase the sale of liquified gas to Europe as the continent seeks to decrease its dependency on Russian energy.

The deal will see Israel export gas to Egypt, where it will be liquified and re-exported to Europe via the sea. Israel and Egypt already export gas. However, this agreement is the first to allow “significant” Israeli exports to Europe, Israel’s energy ministry said.

"Today we make history, today Egypt and Israel together made (a) commitment to share our natural gas with Europe and help with the energy crisis. Unfortunately, this MOU (memorandum of understanding) is signed due to an invasion of Russia to Ukraine which brought about most extreme energy crisis for friends in Europe,” said Israeli Energy Minister Karin Elharrar.

According to the deal, the EU will help Egypt and Israel expand their gas production and encourage member states to buy from them.

“We are experiencing again a war on European soil and therefore, we are now in the process of completely diversifying our energy supplies away from Russian fossil fuels and towards other trustworthy suppliers,” said European Commission President Ursula von der Leyen.

It was not immediately clear how much gas the EU will import from the two nations, or if it will be enough needed to lower rising energy costs exacerbated by Russia’s war in Ukraine.

Last year, the European Union imported 40% of its gas from Russia and has been hesitant about imposing sanctions on Moscow over its invasion.

Reuters reports that Israel is on track in the next few years to double its export of gas to about 40 billion cubic meters (bcm). In 2021, Egypt exported 8.9 bcm of liquified natural gas and 4.7 bcm in the first five months of 2022.